Hey there readers! Been way too long since I had time to write anything bloggish beyond reviews and spotlights. My summer was eventful and unusually exhausting. Now I'm working both a day job and a night job as the school year begins. But as the weather (hopefully) begins to cool here's hoping there's less to do that's keeping me away from my TBR and you guys.

Since I haven't been able to really update Goodreads as actively as I like to my currently reading is a bit wonky at the moment. I'm currently working on a few different books worth noting and some non-fiction that's not. Leave me a comment and tell me how you've been! 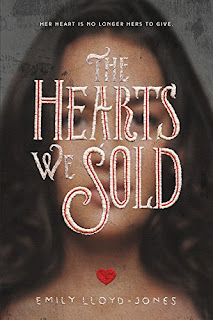 The Hearts We Sold by Emily Lloyd-Jones
When Dee Moreno makes a deal with a devil--her heart in exchange for an escape from a disastrous home life--she finds her trade may be more than she bargained for. And becoming "heartless" is only the beginning. What lies ahead is a nightmare far bigger, far more monstrous than anything she ever could have imagined.
With reality turned on its head, Dee has only a group of other deal-making teens to keep her grounded, including the charming but secretive James Lancer. And as something like love grows between them amidst an otherworldly ordeal, Dee begins to wonder: can she give James her heart when it's no longer hers to give?

If I'm honest, I wasn't all that interested in this one. Since it was my Owlcrate book this month and it arrived on a day when I had just finished another book I decided to just start it and see if I could get into it. To my surprise I'm enjoying it a lot. That's one thing I do like about subscription boxes, sometimes you get something you'd never have chosen yourself that winds up being a really enjoyable read. 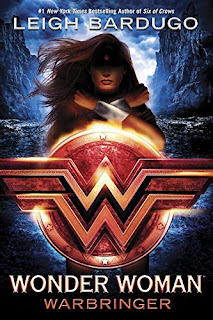 Wonder Woman: Warbringer by Leigh BardugoShe will become one of the world's greatest heroes: WONDER WOMAN. But first she is Diana, Princess of the Amazons. And her fight is just beginning. . . .
Diana longs to prove herself to her legendary warrior sisters. But when the opportunity finally comes, she throws away her chance at glory and breaks Amazon law—risking exile—to save a mere mortal. Even worse, Alia Keralis is no ordinary girl and with this single brave act, Diana may have doomed the world.
Alia just wanted to escape her overprotective brother with a semester at sea. She doesn't know she is being hunted. When a bomb detonates aboard her ship, Alia is rescued by a mysterious girl of extraordinary strength and forced to confront a horrible truth: Alia is a Warbringer—a direct descendant of the infamous Helen of Troy, fated to bring about an age of bloodshed and misery.
Together, Diana and Alia will face an army of enemies—mortal and divine—determined to either destroy or possess the Warbringer. If they have any hope of saving both their worlds, they will have to stand side by side against the tide of war.

This was one I had preordered and decided to cancel after I received an ARC. I just cannot get into it. Though I really like Bardugo's writing style for some reason this story is just not engaging me. Yet. I'm a few chapters in now and greatly hoping that will change. Have any of you read it already? Was your experience similar? 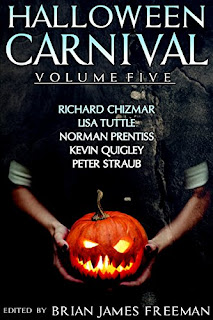 Richard Chizmar, Lisa Tuttle, Norman Prentiss, Kevin Quigley, and Peter Straub unmask monsters hiding in plain sight in an anthology of heart-pounding short fiction assembled by horror author and editor Brian James Freeman.
DEVIL’S NIGHT by Richard Chizmar
You’ve read about what happened that night. What you don’t know is the true extent of the damage. The papers got it wrong—and the truth is so much worse than you thought.
THE LAST DARE by Lisa Tuttle
Elaine hasn’t been back to her hometown in years. The house she lived in is gone. The tower house isn’t—nor are the stories of the fate that befalls whoever dares to go there.
THE HALLOWEEN BLEED by Norman Prentiss
People think there’s some sort of mystical power that allows enchantments and witchcraft to come to life on Halloween night. But real magic obeys no calendar—and true evil strikes whenever it’s least expected.
SWING by Kevin Quigley
In Hollywood, everyone lives forever. At least that’s what I used to think . . . before Jessica. But no one seems to live long when they’re around me.
PORK PIE HAT by Peter Straub
When it comes to jazz, there are players, and there are legends. “Hat” was a legend. His real name didn’t even matter. Still, he had his secrets—secrets best left buried in the past.


Short stories haven't really been my thing in the past but as my life gets crazier I find that they've been a nice break from my usual big reads. As soon as the school year starts, and sometimes even sooner, I start getting excited for Halloween. I guess this is a brand new anthology series this year so I might have to snap all of them up (there are five) and nibble away through the next month of so.