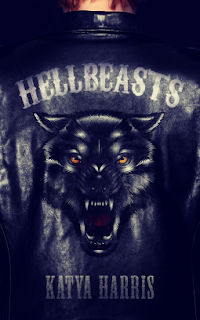 Notes: Review copy received via NetGalley.
Shifters, Romance, LGBTQIA
Digital (61 pages, LESS THAN THREE PRESS)
When restlessness drives Shadow out of his MC's clubhouse and into the night, the last thing he expected was to find a half-dead werewolf. Shadow has never been known for his altruism, but he takes the wounded man back to his motorcycle club, the Hellbeasts.
Rand doesn't know who attacked him, but suspects at least one person from his own pack is involved. But even that might not be as bad as waking up in the midst of a group of misfit weres who don't seem to like him. Especially Shadow, the man charged with taking care of Rand, as compelling to Rand as he is frightening.
But before he and Shadow can work out what exactly they are and want to be to each other, Rand's attackers show up to finish the job.Author Site: website


I had hoped since this had shifters, bikers, and a gay romance it'd wind up being an unexpected and enjoyable find. Sadly, it was really, exceptionally awful. There is no character development. The plot fumbles around with goals but no real direction much like teenagers in the backseat of a car. The worldbuilding lacks anything to explain why the characters are thrust together as they are.

If you just want a bunch of gay sex with some Dom/sub elements you might like it as a titillating short read. If you're hoping for romance I'd suggest looking elsewhere.