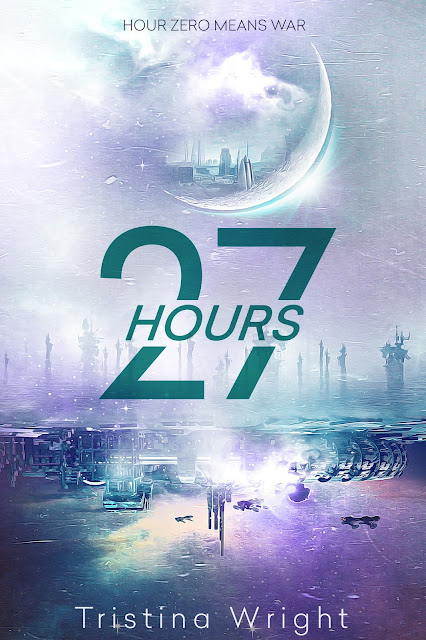 
Rumor Mora fears two things: hellhounds too strong for him to kill, and failure. Jude Welton has two dreams: for humans to stop killing monsters, and for his strange abilities to vanish.

Nyx Llorca keeps two secrets: the moon speaks to her, and she’s in love with Dahlia, her best friend. Braeden Tennant wants two things: to get out from his mother's shadow, and to unlearn Epsilon's darkest secret.

They’ll both have to commit treason to find the truth.

During one twenty-seven-hour night, if they can’t stop the war between the colonies and the monsters from becoming a war of extinction, the things they wish for will never come true, and the things they fear will be all that’s left.

Tristina Wright is a blue-haired bisexual with anxiety and opinions. She’s also possibly a mermaid, but no one can get confirmation. She fell in love with science fiction and fantasy at a young age and frequently got caught writing in class instead of paying attention. She enjoys worlds with monsters and kissing and monsters kissing. She married a nerd who can build computers and make the sun shine with his smile. Most days, she can be found drinking coffee from her favorite chipped mug and making up more stories for her wombfruit, who keep life exciting and unpredictable.

Still trying to figure out the mermaid thing.