Spotlight: A FOOL FOR YOU by Katee Robert [Excerpt & Giveaway]

A FOOL FOR YOU
by Katee Robert


He never thought he’d get a second chance. A Fool For You is the third and final novel in the Foolproof Love series from New York Times and USA Today bestselling author, Katee Robert and Entangled Publishing. 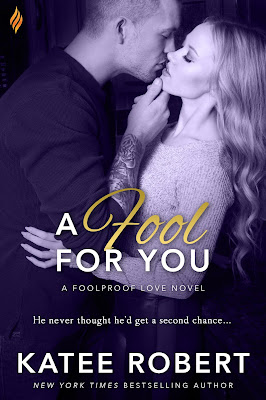 It’s been thirteen years since Hope Moore left Devil’s Falls, land of sexy cowboys and bad memories. Back for the weekend, she has no intention of seeing the man she never got over…or the two of them getting down and dirty. It’s just a belated goodbye, right? No harm, no foul.
Until six weeks later, when her pregnancy test comes back positive…
Daniel Rodriguez hasn’t forgiven himself for how things went down with Hope all those years ago. He knows she’s better off without him, but when she shows up on his doorstep, panicking because she’s pregnant with his baby, he can’t help seeing it as a chance to make up for the past.
Too bad Hope has no intention of going along with his plans.

He turned to find Hope standing behind him. Again. “You sure move quiet when you want to.” Especially for a woman with a bum leg. Not that he could say as much without sounding like a jackass.
“You mean since I had my knee replaced.” Of course she knew what he meant anyway. Apparently damn near reading his mind was one annoying habit she hadn’t outgrown.
“I didn’t say that.”
“You didn’t have to.” She leveraged herself down next to him, the move not quiet as smooth as it’d been when she was eighteen.
Daniel almost cursed. He had to stop doing that. Comparing her now to how she was then wasn’t fair to either of them. It was another lifetime completely, and thinking about it was just fucking depressing. “Hope—”
“Are you seeing anyone?”


“No.”
“Why not?”
He was so surprised by the question that he answered honestly, “Why the fuck would I bother?” 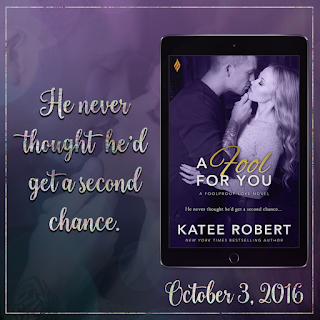 “Oh, I don’t know, because you don’t want to be a creepy old man who lives in the middle of nowhere and has to run off silly high school kids with his shotgun because they tell ghost stories about him?”
He looked at her, half sure that she was the one who’d lost her damn mind. “That’s not a thing.”
“It is most definitely a thing.” She leaned back on her hands and stared at the sky. The most move arched her back and pressed her breasts against the fancy tank top she wore. It was made of some kind of drapey fabric that looked soft and shiny, and it highlighted the fact that he seriously doubted she was wearing a bra. “You’re too young to just give up.”
“It’s not about giving up.” Though he didn’t expect Hope to understand that. He’d checked up on her a few times since the accident, and every single time he was amazed at the things she’d accomplished. Life had kicked her in the teeth and she’d come back swinging. She’d taken two years off and then attended the University of Texas and graduated with honors. She ran her own successful consulting business to work with companies that wanted to set up scholarships and nonprofits.
She shifted to look at him. “It looks like giving up from where I’m sitting.”