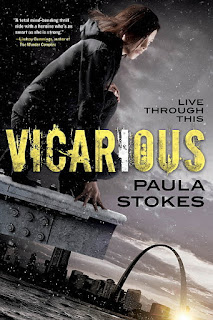 Winter Kim and her sister, Rose, have always been inseparable. Together the two of them survived growing up in a Korean orphanage and being trafficked into the United States. But they've escaped the past and started over in a new place where no one knows who they used to be.

Now they work as digital stunt girls for Rose's ex-boyfriend, Gideon, engaging in dangerous and enticing activities while recording their neural impulses for his Vicarious Sensory Experiences, or ViSEs. Whether it's bungee jumping, shark diving, or grinding up against celebrities in the city's hottest dance clubs, Gideon can make it happen for you--for a price.

When Rose disappears and a ViSE recording of her murder is delivered to Gideon, Winter is devastated. She won't rest until she finds her sister's killer. But when the clues she uncovers conflict with the digital recordings her sister made, Winter isn't sure what to believe. To find out what happened to Rose, she'll have to untangle what's real from what only seems real, risking her own life in the process.


Paula Stokes weaves together a series of mysteries and the story of an unbreakable bond between sisters in this unforgettable high-tech thrill ride. 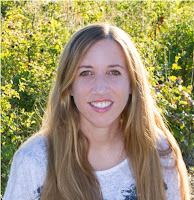 Paula Stokes writes stories about flawed characters with good hearts. She’s the author of several novels, most recently Vicarious and Girl Against the Universe. Her writing has been translated into eleven foreign languages. Paula loves kayaking, hiking, reading, and seeking out new adventures in faraway lands She also loves interacting with readers. Find her online at authorpaulastokes.com or on twitter as @pstokesbooks. 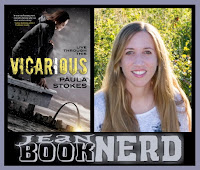 - A signed copy of Vicarious or an ARC of the sequel, when available by Paula Stokes + Special Mystery Bookish Gifts

a Rafflecopter giveaway
Posted by Rhianna at 9/13/2016