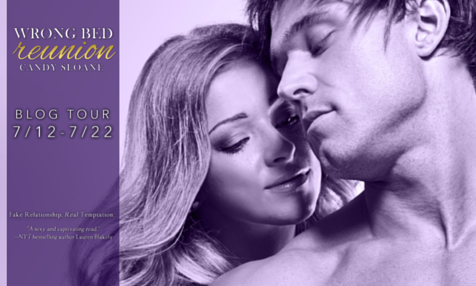 Dear readers, I absolutely loved the smutty goodness of Best Friends with Benefits when I was working on publicity for it earlier this year. I will never look at a Coke vending machine the same way again! *blush* Valerie and Alec were great but Georgia and Gideon really stood to me. I love it when a geeky guy gets the girl. Be sure and pick up both books if you haven't yet, and be sure you have a cold drink on hand... this series is HOT HOT HOT!!! ♥ -- Rhi

Georgia Cahill is at her high school reunion to seduce the quarterback boyfriend she left behind ten years ago. Unfortunately, one too many margaritas accidentally land her in bed with Gideon Neill, the class geek, instead. By the time she realizes her mistake, she’s the one being seduced.

Gideon Neill is a new man—confident, gorgeous, and about to make the biggest business deal of his life. He just needs a girlfriend to land it. Georgia provides the perfect solution—he’ll help her make her ex jealous if she’ll be on his arm for his business deal. But he quickly realizes he likes her in his arms even better!

Who’d have guessed that sleeping with the enemy would be so hot? But it isn’t long before their act becomes all too real. Could this truly be love? Or is it just the best sex they’ve ever had? 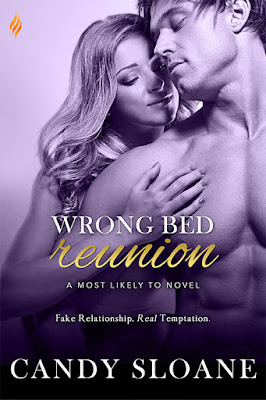 His green eyes flashed like exploding planets, and he widened his shoulders. “I’m an asshole?” He laughed. “No, Peach, you’re the one who treated me like shit. You let your boyfriend bully me. You laughed in my face when I tried to help you. …” He paused. She knew what he didn’t say. He was referring to the day he truly saw her and she decided to bury him instead. Guilt slithered through her limbs like a snake. He fixated his eyes further. “And the worst part is that even after all that, I still want to fuck you.” He moved closer, his shadow suffocating her. The sudden darkness forced her to swallow, but her heart was in her throat, blocking whatever words could come. Not that she knew how to respond. Her body did, though; it sputtered to life, purred from the apex of her thighs. “When you’re around, I’m not going to be able to think about anything but sinking my cock in so deep that your eyes roll back, that you wish you never met me. God knows,”
he said, his breath peppering her lips, “I wish I’d never met you.” She was glued to the wall. She was covered in his words. If she didn’t speak, he would keep going. She couldn’t take much more and make it out of the shed with her underwear intact. Considering she’d left her thong in Gideon’s room last night, she needed every pair she had left. “Is that all?” She kept her eyes on his sinful lips, desperate to keep her cool, but the purr in her panties grew to a roar. Her lungs felt like they were filled with bees. “No.” He retained his relentless stance, the broad expanse of his chest obscuring her view like a navy blue shield. “See, the problem is I don’t want to fuck you. I want to forget last night ever happened.” She forced herself to breathe, but the air did nothing for her lightheadedness. “Then forget it.” She tried to remain nonchalant, tried to remind herself it was what she’d demanded, even though she couldn’t forget it, either. He shook his head, the skin around his lips tight. “Considering how you and your group of friends treated me in high school, it should be easy. You guys made me question everything about who I was because I wasn’t just like you.” She looked down as she caught what he’d hurled into the center of her stomach. His experience in high school was what every day in L.A. had been like for her. She forced herself back to his eyes, trying to pull her own words out, but she could never admit her own pain. Not to Gideon. Not to anyone. “You’re not worthy of the plunge of my cock.” He took off his glasses, shoved them in his back pocket, and left barely a breath between their bodies. His erection ground
against her leg. He wasn’t bothering to hide it. She should have pushed him away. She should have done a lot of things, but all she could do was stand there, motionless and waiting to see what he did next. “But you can feel that my cock doesn’t seem to give a shit about that.” His breath blazed on her lips. Her throat turned to dust, dry and betraying. “Say something.” His gaze was as tight as their bodies, as insistent as his sculpted muscles pressing into her breasts. “Tell me to fuck you, or tell me to go to hell.” “Go to hell,” she managed, her heart pumping so fast the room was spinning. He balanced his hands against the wall on either side of her. “I’m there with you. I’m right fucking there, Peach.” She closed her eyes for a moment, but it didn’t ease the dizziness, didn’t soothe the ache in her chest, between her legs. She feared nothing but this man would. “It’s hell wanting you. Hell having tasted you and knowing that I could have had you if I’d just taken what you offered, what you begged for last night. So unless you want to fuck me so I can think straight in your presence, you need to stay the fuck away from me.” Her arms itched at her sides. “What about our deal?”

Candy Sloane is a pseudonym for a Young Adult & New Adult author who needed to write some naughty books her mother couldn’t read. She lives in Portland, OR and loves Lifetime movies. She would tell you more, but this persona is a secret.