Spotlight: Song of the Oceanides by J.G. Zymbalist [Excerpt & Giveaway]

Song of the Oceanides is a highly-experimental triple narrative transgenre fantasy that combines elements of historical fiction, YA, myth and fairy tale, science fiction, paranormal romance, and more. For ages 10-110. 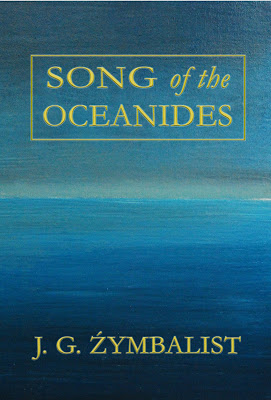 Rory Slocum had only just returned home from Putnam’s General Store and Newsagent when he noticed the girl standing in the heart of the garden. She seemed to be lost in the music of the wind chimes dangling from Mother’s lilac tree. Still, despite the girl’s seeming innocence, somehow he just knew that she must be one of the Oceanides who had been taunting him all summer long.


She must have heard his footsteps in the salty afternoon breeze because she turned to look upon him. What a comely girl too.


A bit of jam and then some! He stopped in his tracks and studied her classical features.


She had plum-black hair, eyes of sea green, bold chiseled planes to her face, fine hallowed cheeks, and a sharp jaw line. How could she be anything but an Oceanide?


Slowly he advanced as far as the fog cannon where he paused a second time. Perhaps he would do something so as to entertain her, and once she realized how amusing he could be, she would tell the others to leave him be. He walked over to the lilac tree. “Look what I’ve got here!” With that he held up his copy of Sir Pilgarlic Guthrie’s Phantasy Retrospectacle.


She must have resented the whole notion that a boy like Rory would even think to approach someone like her. Grimacing, she called to another girl who had just walked up through the gale-torn bluffs. The two of them spoke in a tongue resembling the Byzantine Greek in which the drunken churchwarden sometimes delivered his public addresses.


As giddy as ever, Rory advanced a few more steps. “You know what they call this sort of picture book, do you? Down at Putnam’s, they tell me it’d be un comique pittoresque. Just like the newsagents sell down there in Paris.” Now he pointed to the picture on the dust jacket—the Oceanides’ long flowing hair and the mint-cream linen gowns reaching down to their ankles. Afterward he pointed at the girls themselves standing there in their own creamy-white gowns. “Sir Pilgarlic Guthrie, he’s the bettermost! Everything bang up to the elephant and—”


“Have you any idea how odd you are?” the first Oceanide asked. “And you’ll be beginning your fifth year in school next fall, isn’t that right? They’ll tear you apart, a beanpea like you.”


Get you copy of Song of the Oceanides: 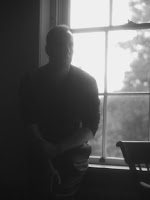 
J.G. Źymbalist began writing Song of the Oceanides as a child when his family summered in Castine, Maine where they rented out Robert Lowell’s house.


The author returned to the piece while working for the Martha’s Vineyard Historical Society, May-September, 2005. He completed the full draft in Ellsworth, Maine later that year.

One randomly chosen winner via rafflecopter will win a $50 Amazon/BN.com gift card. a Rafflecopter giveaway
Posted by Rhianna at 6/02/2016

Thank you to everyone at RhiReading for hosting!

Thank you for hosting

Great excerpt, I enjoyed reading it! Thanks for sharing :)

Sounds like a great read, hope I'll have a chance to read it soon! thank you for sharing!

Would love to read this!

Hey Becky, remember it's free! And it's divided into two books, and Book II is even better than Book I. Oh, and it's free in kindle form, apple, and nook too! I just want people to read the work because it's all about coming of age and bullying and the subtle vagaries of emotion. I'm hoping that this humble quirky book and its built-in sequel can do some good in the world.

Good Afternoon, Happy Friday and thank you for this giveaway

James and Rita, thank you both. Hooray, it's Friday!

Congrats on the new book and good luck on the book tour!

I am really enjoying following this tour, thank you for all the great blog posts and excerpts!

Thank you, Ally and Nikolina. You're too kind, the both of you!

Dario, it's an oil on canvas by Goran Petmil, "Noon." I had to use it because the deep blue captures the melancholy tone I was going for. It's a book about the painful emotional evolutions associated with coming of age, after all.

Well I've bought the book on Amazon! I look forward to reading and reviewing! Really enjoying this book tour. And I want to wish all the fathers who come across this post a very Happy Father's Day! :)

Clojo, I do hope you like the book! Also a word of warning to all the fathers who read this post today: Not all the fathers in my book are good. Rory has a rather tyrannical father; however, the Martian girl, Emmylou, had a great and wonderful father. Sadly he's gone missing inside the biggest volcano on Mars, Olympus Mons. All that having been said, Happy Father's Day anyway!

I have added this book to my TBR list and look forward to reading this book!

Shared on G+, have a great day!

Nikolina, thank you for all your loveliness and diligence.

I enjoyed reading the excerpt. This book sounds like such an interesting and intriguing read. Looking forward to checking out this book.

Ally, just remember this book is very poetic and atmospheric and moody. Much like the Oceanides themselves.