Fans of C.S. Lewis’s The Lion, the Witch and the Wardrobe are sure to fall in love with Lia Davis’ latest fantasy romance novella, ROYAL ENCHANTMENT! 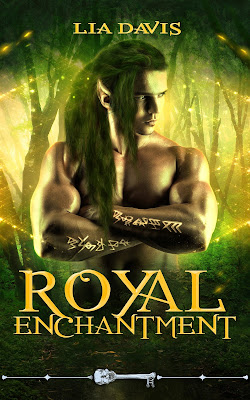 Ava Green has made a name for herself in the real estate world by reconditioning old, historical homes with her partner and friend Jeff. But her newest project, a three-story Victorian in the foothills of the Blue Ridge Mountains, promises to be her biggest moneymaker yet. And one she’s undertaking on her own. During her first walk-through of the house, however, she discovers a locked door, and a skeleton key that seems to appear out of nowhere. Unlocking the door, she is transported to a mystical world of fae and mythickal creatures and meets the King of the Morna. The sovereign of the Dark Elves.
King Finn Sylcan has searched for the one who can bring the magick back to his world, Edra, for eons. An old prophecy told of a female of both Dark and Light elven descent, a hybrid both Calim and Morna. It is said she is the only one who can repair the damage the war between the Dark and Light kingdoms caused. But after searching for so long, Finn never dreamed that she’d just show up outside his palace walls. Or that she’d be his mate. 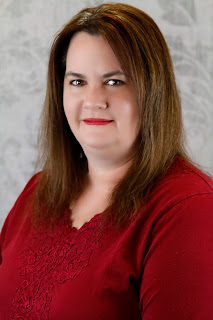 In 2008, Lia Davis ventured into the world of writing and publishing and never looked back. She has published more than twenty books, including the bestselling A Tiger’s Claim, book one in her fan favorite Ashwood Falls series. Her novels feature compassionate yet strong alpha heroes who know how to please their women and her leading ladies are each strong in their own way. No matter what obstacle she throws at them, they come out better in the end.
While writing was initially a way escape from real world drama, Lia now makes her living creating worlds filled with magic, mystery, romance, and adventure so that others can leave real life behind for a few hours at a time.
Lia’s favorite things are spending time with family, traveling, reading, writing, chocolate, coffee, nature and hanging out with her kitties. . She and her family live in Northeast Florida battling hurricanes and very humid summers, but it’s her home and she loves it! Sign up for her newsletter, become a member of her fan club, and follow her on Twitter  @NovelsByLia.

a Rafflecopter giveaway
Posted by Rhianna at 6/16/2016