Let your FOMO guide you... to kickass romance reads! 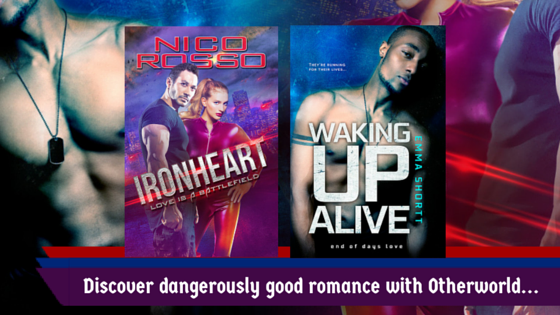 Love romances that kick ass? We have two new, totally action-packed romances that just came out from Select Otherworld that we think you will love.

Waking Up Alive by Emma Shortt is the stand alone companion novel to the post-zombie-apocalypse romance, Waking Up Dead. If you dig The Walking Dead but think it could use more sexy times then this book is for you.

Nico Rosso's novella, Ironheart, originally released as part of the Holding Out for a Hero anthology and it's finally releasing alone with this gorgeous new cover! This superhero romance is the smokin' hot cousin of your fave summer blockbusters.

Waking Up Alive by Emma Shortt

They’re running for their lives… 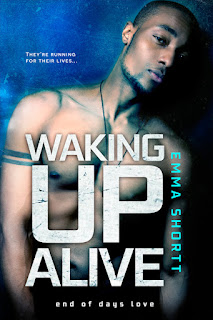 After surviving the zombie apocalypse for two years, Tye LeBow never expected to be saved from a hungry gang of zombies by a geek with a bad attitude and a penchant for explosives. Tye can’t quite work out why scientist Polly Parker saved him. She doesn’t want his protection, and she certainly doesn’t want his company. But Tye has no intention of leaving the beguiling geek behind.
Polly doesn’t want to leave her home, but when the wakers begin to show signs of a burgeoning intelligence, heading south is the only option. With a car packed full of homemade explosives, and Tye’s very large axe, they are ready for the road trip of their lives.
Bombs and blades aren’t the only keys to survival–they’ll need to rely on each other, in a way that neither could have imagined… 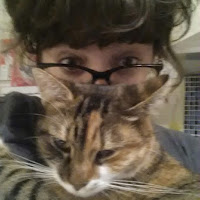 Emma scribbles stories in all sorts of genres, contemporary, paranormal, post-apocalyptic, historical, sci-fi...if she hasn't tried it yet she will before long. The only common theme is the romance. A hopeless romantic everything Emma writes has a love story in there somewhere.

She lives on the west coast of England with her very Greek husband and teenage kiddos. Apart from all things geek reading is her main hobby and she likes nothing better than getting home from a hard day at work and curling up with a book, though sometimes she gets home and writes one instead. 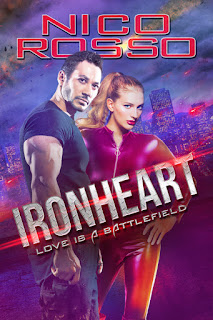 Superhero Vince “The Anvil” can take on knives, bullets, and bombs, but he’s not invincible. It was a hard hit when Kara, AKA “Snapdragon,” flew off after their explosive affair. And he’s especially vulnerable when she returns, looking for his help.

Kara is new to the superhero game, and villain TechHead is too much for her and her teammates to handle. He’s determined to use their combined power to fuel his ultimate weapon. Her only chance to take him on is with Vince’s brutal skill. But bringing Vince into the fight leaves her exposed to the white hot passion that had scared her away in the first place.

When TechHead captures Kara, Vince will stop at nothing to rescue her–even if it means sacrificing his heart. 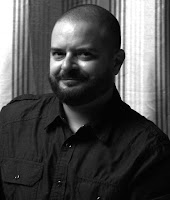 Nico Rosso was a writer in search of a genre until his wife, Zoë Archer (AKA Eva Leigh) brought romance into his life in more ways than one. He’s created sci-fi and post-apocalyptic romance worlds, as well as working with his wife on the steampunk Ether Chronicles series. His paranormal Demon Rock series brought you satyr rock stars and the Muses who feed them. With the romantic suspense Black Ops: Automatik series, he takes you into the deep dark world of secret operations designed to protect the innocent.

When he isn’t writing, Nico works in the shop creating furniture and hammering on other projects for the house he shares with Zoë and their two cats in the central coast area of California.