Burn by Elissa Sussman
Releasing January 19th, 2016
After helping to rescue Princess Aislynn, Elanor has finally rejoined the rebel camp she calls home. Stolen from her parents at a young age and forced into service by the Wicked Queen, Elanor now wants nothing more than to see the queen removed from power. But Elanor has secrets, mistakes she’s spent years trying to forget, and the closer the rebels get to the throne, the harder it is for Elanor to keep her past hidden away.

With fellow rebels on her side—including Princess Aislynn, Thackery, and the handsome and mysterious Matthias—it is time for Elanor to make a decision. Will she protect her secrets? Or risk everything to save the people she loves?

The thrilling companion to Elissa Sussman’s masterful and original fairy tale, Stray, that will appeal to readers of Margaret Atwood’s The Handmaid’s Tale and fans of Wicked, Into the Woods, and the Disney princess movies.

My review of BURN: 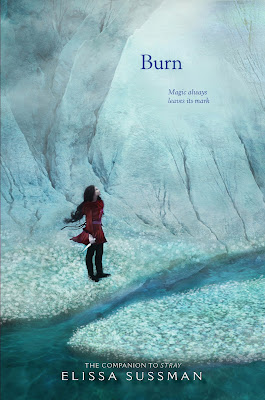 After reading many a rave review of STRAY last year I asked my library to acquire an audiobook copy so I could listen to it during my spare time. It was so good that when I finished I immediately went online and purchased it in hardcover and wrote a review. Then, when BURN became available for preorder I made sure I had it locked down for release day delivery. Yeah, this series is that good.

I signed up for the blog tour expecting to get turned down so I was delighted to be included. As a feminist trying to raise a son and daughter to uphold the same values I found the social side of this series particularly stand-out. As a fan of fairytales it has wonderful elements of fantasy, adventure, and romance. It's also worthy of note that the world is peppered with POC and LGBT characters in a way that's organic and doesn't feel forced into it just to have them.

BURN was a little less enjoyable than STRAY but I felt like that was more the result of where the story takes place. Elanor is a character I very much liked but I felt like she beat herself up unreasonably for things she did as a child, things that did't really seem worthy of treating as secrets or bad things even. The plot itself was pretty predictable and at times the pacing was so plodding I was disappointed but ultimately, it's another fantastic read overall.

Full of adventure and twists, excellent secondary characters supporting Elanor, and a great build-up for another book I would highly recommend it if you loved STRAY. If you're new to the series, this is listed as a companion novel but I feel like it's better read as a next-in-series. Feminists and fairytale fans you will not want to miss this! 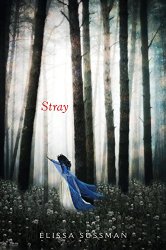 Princess Aislynn has long dreamed about attending her Introduction Ball, about dancing with the handsome suitors her adviser has chosen for her, about meeting her true love and starting her happily ever after.

When the night of the ball finally arrives and Nerine Academy is awash with roses and royalty, Aislynn wants nothing more than to dance the night away, dutifully following the Path that has been laid out for her. She does not intend to stray.

But try as she might, Aislynn has never quite managed to control the magic that burns within her-magic brought on by wicked, terrible desires that threaten the Path she has vowed to take.

After all, it is wrong to want what you do not need. Isn’t it?

Read my 5 star review of STRAY.

Elissa Sussman is a writer, a reader and a pumpkin pie eater.

She received her BA from Sarah Lawrence College and in a previous life managed animators and organized spreadsheets at some of the best animation studios in the world, including Nickelodeon, Disney, Dreamworks and Sony Imageworks. You can see her name in the credits of THE CROODS, HOTEL TRANSYLVANIA, THE PRINCESS AND THE FROG and TANGLED.

She currently lives in Los Angeles with her boyfriend and their rescue mutt, Basil.

1 winner will receive a signed paperback of STRAY and buttons. US Only.
a Rafflecopter giveaway