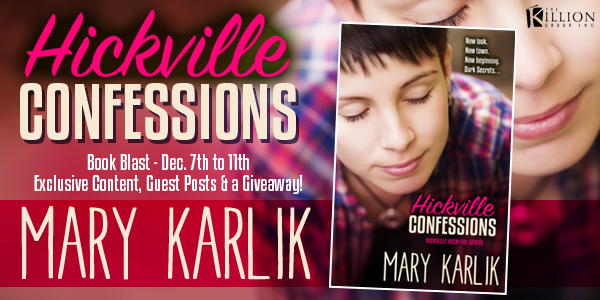 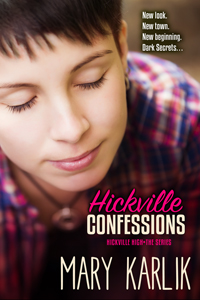 New town. New look. New beginning. High school junior Ryan Quinn has a past. She will do just about anything to keep it hidden, even if means joining the ultra-conservative, no fun allowed, Purity Club. But secrets are hard to keep in a small town and when the Purity Club girls discover the truth, they viciously attack Ryan.

Senior, Justin Hayes is a good guy wrapped in a bad-boy reputation. He may have been kicked out of the Homecoming Dance for fighting, but it was his dead sister’s reputation he was defending. He did stay out all night with super hot Ryan Quinn, but it was after he’d rescued her from the Purity Club and all they did was talk. He lost his heart to her that night. But with his home life a complete hot mess, there is no way he could have a relationship with her. The trouble is, he can’t stay away from her.

Justin is the kind of guy who can make Ryan forget her vow to change. He’s the kind of guy she should avoid at all costs. But he knows her soul secrets. He understands her and it is torture when she is away from him. But as she deals with the outward scars on her face and the inward shame of her past and Justin’s home life continues to spiral out of control, their relationship becomes as convoluted as their home life. Will they find the courage to open their hearts to each other in spite of their family drama?

Ryan stopped and faced her sister. “I appreciate the support. Really. Right now, I need some space.”Worry wrinkled Kelsey’s forehead. “Okay. You know I’m here if you need me.”“I know. Thanks.” Ryan peeled away, turned down the hall where her locker was located, and stopped. Her locker seemed to be the topic of discussion as people passed it. They would point and some even giggled.
What now? Two steps in, she figured out why. Can’t this nightmare end?
She took a deep breath, forced an I don’t give a shit look to her face, and marched past the gawkers to the door. Her hand trembled as she dialed the combination. She could smell the red lipstick that had formed the letters across her locker: SLUT. She pulled her Physics book from the shelf and closed it as if she hadn’t noticed the word.
When she turned around the group was gone. Almost.
Justin stepped up and had smeared part of the T before she caught his arm. “Don’t.” He withdrew his hand and gave her a why the hell not look. “It’s just a word.”She turned and wasn’t sure if she wanted him to follow her or not. He did.
“That’s some sick shit. At least tell the office and let them clean it up.” He was behind her, so close she could almost feel his shirt.
It would be so easy to let him protect her, but it wasn’t going to happen. She had to be strong. She stopped and faced him. “I can’t care—if I do, it gives them power over me.” Then he flashed that smile with those dimples that made her want to forget about being strong and fall into his arms.“You’re pretty amazing, Ryan Quinn.”She wasn’t sure how that made her amazing or even how to respond to the compliment. So she just gave an awkward shoulder shrug. “You’re obviously the only one in school with that opinion.”“I hope my opinion counts.” He looked at her with those dark eyes, as though she mattered to him. That made her more nervous than opening her locker in front of onlookers. “I know you can take care of yourself. I’m here if you need me.”
She couldn’t respond. It was too much, too big.
She pointed down the hall with her head. “Come on.” They walked side by side to her Physics class in comfortable silence.
When they got to her class, he shifted his backpack and snuck a half-hug. “I have football practice after class. I won’t be able to meet you.”“It’s okay. I’m good.” And I didn’t ask you to.“I know. I—I’m an idiot. You don’t need me watching over you.” He played with the straps of his pack. “So you still have my number.”She nodded. “Didn’t delete it.”He ducked his head. “Good.” He stood there for a couple of breaths. “I guess I’ll see you tomorrow.” He turned and headed down the hall.
God. He went from protector to awkward guy in a heartbeat. Something about that shift totally endeared him to her. “Hey, Justin.”He turned and walked backward. “Yeah?”“I’m glad you were there.”He smiled as though she’d called him a hero. “Thanks.” He turned and jogged away.