Spotlight: SEDUCED BY THE MOON by Linda Thomas-Sundstrom [+ Giveaway!] 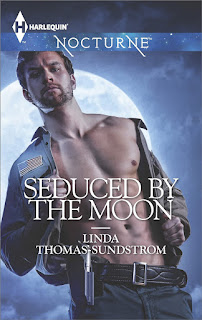 Can blood ties be stronger than the passions that rule the heart?


Skylar Donovan has come to her late father’s Colorado cabin to find answers to explain his death. Instead she meets a handsome forest ranger with a dark side. A stranger who is willing to protect her from an unknown assailant. A stranger who also appears in her dreams as something other than a man. He’s werewolf, and he satisfies Skylar Donovan like no mere man ever has.

Gavin Harris was bitten by a monster in the hills he has sworn to protect and now searches for that beast. But his deadly mission unites him with a beautiful blonde bent on a search of her own. Neither is safe from the evil they’re stalking—but the forbidden lust that burns between them might be the greatest danger of all. 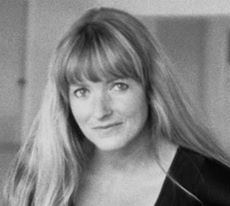 Linda is the author of contemporary, paranormal romance, and urban fantasy books for Kensington, Amazon Montlake, GothicScapes, Harlequin Nocturne, and Harlequin Desire. She loves more than anything to write, and has a resident Muse who loudly sings all these stories to her.

Linda swears that all of her books come loaded with good karma for the readers, for helping to support her writing dreams.

Linda Thomas-Sundstrom will award a $25 Amazon/BN gift card to a randomly drawn commenter via Rafflecopter.

a Rafflecopter giveaway
Posted by Rhianna at 8/03/2015