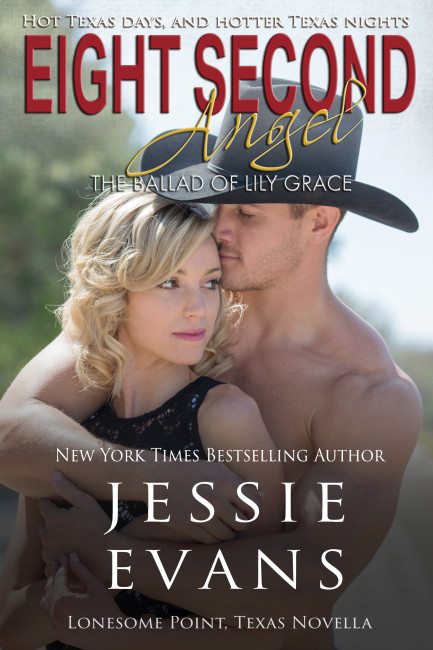 Love is heaven that hurts like hell… Rodeo cowboy Canyon O’Donnell is a champion with more national titles than any pro bull rider in history. He’s also one week away from ending his own life. Haunted by mistakes from his past, Canyon isn’t looking for redemption, let alone love. But when a beautiful girl with her own tragic past practically falls into his lap, he can’t resist taking her under his wing. He can’t promise her forever, but maybe he can help ease her pain.

A little over a year ago, Lily Lawson was murdered. Now she’s back on earth in a new body, sent to redeem a lost soul before it’s too late. But her first good will mission is complicated by a powerful attraction to the tortured cowboy she’s been sent to save. Soon she wishes she could promise Canyon forever, but she only has a few days and time is running out. Lily’s willing to do whatever it takes to save Canyon’s life. But what if the one thing he needs—her love—is the one thing she can never give?

Thoughts of tomorrow’s encounter should have filled her head too full to dwell on the pretty cowboy splashing around in the water below, but her brain had other ideas. Her sleep-deprived synapses were weary of stressful thoughts and eager for something to take her mind off heavier issues. Consequently, she had a hard time keeping her eyes from Canyon’s muscled back as he swam to the far bank and an even harder time controlling her response to the moment he emerged from the river, his soaked shorts clinging to the curves of his ass. The man had one phenomenal backside. No doubt about it. Swallowing hard, Lily wrenched her gaze from the swimming hole, taking her time spreading her towel out on the rocks near the bend in the river, doing her best to pull herself together. She wished Canyon hadn’t known about this particular spot. All the other tourists were down at the well-marked river beach with the manned lifeguard stand, which meant they were alone here, with nothing to distract Canyon from noticing that she was practically drooling all over herself. She’d never been ruled by lust before—she’d only slept with two men, though she’d certainly been attracted to others—but a bear claw had never tasted as delicious as the one at the donut shop last night, either. Time away from a human body had sharpened her senses, making her a slave to every sweet-smelling scent on the breeze, each bite of suddenly magical-tasting food, and the hunger to feel another body warm against hers. Preferably Canyon’s, the way it had been last night. It was all sorts of wrong, probably akin to a nurse lusting after her patient. She’d been sent here to help this man, not think about how good he looked in a swimsuit. She was ashamed of herself, but not so ashamed that she could keep her eyes from drifting from the romance novel she’d purchased last night to where Canyon frolicked in the water. Romance had clearly been a bad choice. She should have brought poor Grace’s well-worn copy of The Bell Jar and spent an hour inside the mind of a depressed genius, instead. But she was tired of sad, depressing things. She didn’t want to think about being in a body her sons wouldn’t recognize or that the man she would always love like a piece of her own soul was married to someone else. She didn’t want to think about only having a week to save a good man’s life or what waited for her on the other side of this brief return to earth.

New York Times and USA Today bestselling author, Jessie Evans, gave up a career as an international woman of mystery to write the sexy, contemporary Southern romances she loves to read. She's married to the man of her dreams, and together they're raising a few adorable, mischievous children in a cottage in the jungle. She grew up in rural Arkansas, spending summers running wild, being chewed by chiggers, and now appreciates her home in a chigger-free part of the world even more. When she's not writing, Jessie enjoys playing her dulcimer (badly), sewing the worlds ugliest quilts to give to her friends, going for bike rides with her house full of boys, and drifting in and out on the waves, feeling thankful for sun, surf, and lovely people to share them with.

Those covers are delish :)