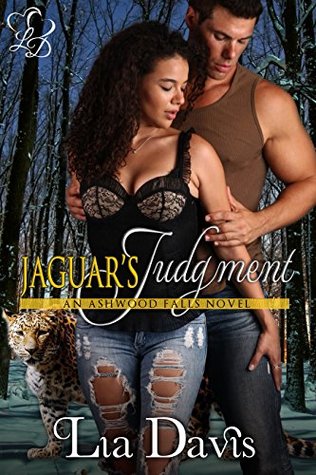 Happy Tuesday RhiReaders! Today I have PNR author Lia Davis visiting with an excellent post about writing multicultural paranormal romance. I hope you enjoy it as much as I did. Here's to the beauty of diversity in romance! ♥ -- Rhi

I love reading, writing, and learning about diverse cultures and people. Paranormal romance allows me to mix many cultures together. I love seeing the differences, the conflicts, and the characters’ ability to find their balance in their world. It goes great with romance and the HEA we all crave in the end.

I write with an open mind and the purpose to create a heartfelt, sexy, and suspenseful love story. It doesn’t matter who my characters are when they start out. All that counts is who they become in the end. Age, skin color, religion, ethnicity, and other differences don’t run the story.

Interracial and multicultural romances show that love also has no color preference. Humans, shifters, vamps, demons, angels, or other creatures don’t choose who they fall in love with. Fate does. Or maybe it’s a chemical in their brain that just clicks when they meet the one they belong with. Love is beautiful, magickal, and hard. It’s those struggles that keep us turning the pages.

In Jaguar’s Judgment the heroine, Sable, is a jaguar of mixed blood. Her father is white and her mother is of African decedent. Sable had never known her so she doesn’t know her culture.

The hero, Jared, human half is white and before he settled in Ashwood Falls was a loner. His jaguar still likes to roam alone. It was on one of those roamings he met Sable, unknowing she was the daughter of his enemy.

Their major conflict was the fact that Sable was the enemy. Her parents were responsible for so many deaths among the shifter communities. Jared wanted no part of her world, so he left, breaking the bond.

Fifteen years later she returns to him, knowing what she must do in order to make a safe life for her son.

Sable Darwin has run from her destiny for too long. Stepping away from her role as Beta of the Onyx Pack, she chooses to take her chances and face judgment for her crimes. Her only hope for survival is to trust the male who ripped her heart out and turned his back on her so many years before.

Jared Nickels’ only loyalty is to the Alphas of Ashwood Falls. When he sees Sable again after fifteen years, he can’t stop himself from touching her. Through his Justice gift to see others’ pasts, he learns she’s not as guilty as he’d assumed. She’s actually one of the biggest victims in the war that her parents started.

When the war shifts in favor of the enemy, Sable and Jared must band together to put an end to the threat. Or die trying.

Other books in the Ashwood Falls series: A Tiger’s Claim | A Mating Dance | Surrending to the Alpha | Divided Loyalties | A Leopard’s Path 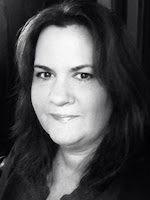 Lia Davis is a mother to two young adults and three equally special kitties, a wife to her soul mate, and a lover of romance. She and her family live in Northeast Florida battling hurricanes and very humid summers. But it’s her home and she loves it!

An accounting major, Lia has always been a dreamer with a very active imagination. The wheels in her head never stop. She ventured into the world of writing and publishing in 2008 and loves it more than she imagined. Writing is stress reliever that allows her to go off in her corner of the house and enter into another world that she created, leaving real life where it belongs.
Her favorite things are spending time with family, traveling, reading, writing, chocolate, coffee, nature and hanging out with her kitties.

Thank you so much for hosting me today!