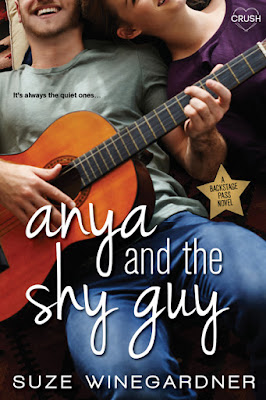 Summary from Goodreads:
Anya Anderson doesn’t just need a big break, she needs any break. Living on the streets doesn’t leave a girl many options, so when she scores a gig reporting on the Seconds to Juliet tour, she jumps at the chance to earn enough money to sleep somewhere safe. And the paycheck will get bigger—and keep her off the streets for good—if she can dig up dirt on Will Fray, the irritatingly hot “shy guy” of the band.

Problem is, Will Fray isn't who everyone thinks he is. In fact, he’s not Will at all. Matt, Will's identical twin, is actually the guy onstage, reluctantly covering for his brother while he’s in rehab. To make matters worse, Matt’s being shadowed by a cute reporter with troubled eyes determined to get the scoop. On him. And he's having trouble finding the willpower to keep his distance…

But if the secret gets out, it won't just be his head on a platter—it’ll be the whole band’s.
This Entangled Teen Crush book contains steamy make out scenes, graphic language, and a love story so hot your copy may spontaneously burst into flames. You’ve been warned.

Check out my 5 star review of AATSG!


Matt jumped off the stage and made his way to whassername. Shit, he couldn’t believe he’d already forgotten her name. She was huddled in the front row, hair soaked and T-shirt clinging to—he swallowed hard—every part of her.
“Shit, I’m sorry. I told you to stay out of the front row.”
“I didn’t hear you. And by the time I figured out what you’d said, I was already mentally figuring out how to build an ark.” She blew a heavy wet strand of jet-black hair from her face.
As her gray eyes met his, he immediately remembered her name: Anya.
Anya. A silence fell as her name ran through his head, backward and forward, until it became a part of his regular vocabulary. Like “water,” and “air,” and “sexy as hell.”
What? Out of all the girls I’ve met since becoming “Will,” I get the hots for the one here to dig up our secrets.
Great going, Matt. Great.
“Just call me Noah,” she said as if she was reading his mind, the way his twin sometimes did.
He recovered his train of thought and laughed, relieved that she had such a great sense of humor. “If it’s any consolation, I’m a lot wetter than you, and I have to do this nearly every evening, whether it’s eighty degrees out or forty.”
She frowned. “Dude, you’re in the South. It’s never going to be forty degrees here.”
Busted. “True. I was really going for the sympathy vote.” He shrugged and grinned, heartened to see that she was grinning back.
“I’m not one for the sympathy vote. I vote practical all day long.” She stuffed her wet notebook into her wet bag and stood up.
“Good to know. And on that practical note, we should change into some dry clothes.”
“No kidding.”
Her smile had gone, and right there, he knew he’d do anything to see that mischievous grin again. Dammit. Get a grip. Diversion. Quick. “Hey, if you’re writing about us, don’t mention any details about the number you just saw us rehearse,” he said. “It’s the finale, and although people can’t help but post photos of it, we try not to mention the specifics…just to maybe surprise the people who aren’t on the fan sites.”
“Well it certainly surprised me. No problem. I won’t mention it,” she said.
Suddenly he pictured her totally wet, dripping from the rain or the shower. Her hair down, a real smile on her face, just for him. Water running down her shoulders, maybe clumping her eyelashes together…
Clumping her…? Jesus, Matt. Shut up, you wimp. 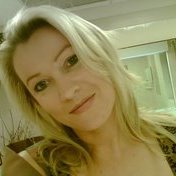 Suze Winegardner is an ex-pat Brit who quells her homesickness with Cadbury Flakes and Fray Bentos pies. She thinks her life is chock full of hoot, just a little bit of nanny. And if you get that reference, well, she already considers you kin.
She is represented by Laura Bradford, of the Laura Bradford Literary Agency,and writes for Entangled Publishing‘s Crush imprint.
She’s lived in London, Paris and New York, and has settled, for the time being, in North Carolina.


When not writing, Suze loves to travel with her military husband, and take long walks with their Lab. 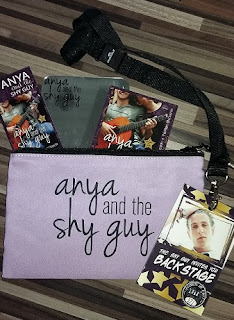 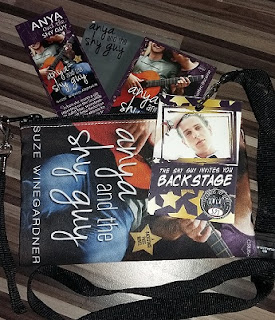 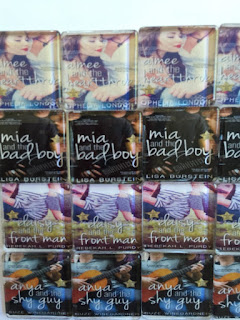 a Rafflecopter giveaway
Posted by Rhianna at 7/21/2015