Marine turned billionaire arms dealer Jackson Hawke has one goal--to have the woman who ruined his life at his mercy. He'll see her on her knees, even if he has to pay for the privilege.

Six years ago, Hannah buried her twin sister. Now, with her family in jeopardy, Hannah must sell herself to a wealthy stranger in order to save their home.

She expects to be scarred by the experience. She doesn't expect to pay penance for her sister's sins or to meet a man who brings her body savagely to life.

Now Hannah must choose--confess to Jackson that she's not the twin he's looking for and forfeit the money she needs to survive, or submit to a man whose dark domination may be the end of them both.

* *CLIFFHANGER ALERT: Dark Domination ends in a cliffhanger. It is the 1st in the Bought by the Billionaire serial romance series. The entire series will release summer 2015* *

Hannah’s eyes flew open and her lips parted in a scream, but the enormous man straddling her pressed his hand tighter to her lips, muffling the sound.
She jerked her arms downward, ready to fight him off, only to discover that her wrists were tied to the headboard. Terror rushed through her and her pulse sped, setting her heart to slamming against her ribs as she tugged harder on her bonds. But the rope biting into her wrists assured her she wouldn’t be able to fight her way free.

She was bound tight, powerless to protect herself from whatever this man intended to do to her.
“Relax, princess. It’s just me.” The man leaned down, the water dripping from the end of his nose, landing on Hannah’s cheek, making her flinch. “I came in through the window. I thought I’d make that fantasy you were telling me about a reality.”
Hannah swallowed, her thundering heartbeat slowing a bit as she understood what was happening.
She wasn’t being attacked by an intruder. This man must be Harley’s guy of the moment, and he clearly thought he was straddling her sister. Once she cleared up the misunderstanding, he’d untie her and she could show him to the door. They’d both be embarrassed, no doubt, but she wasn’t about to be raped or murdered.
The realization made her whip-tight muscles sag with relief, an action she realized too late that the man took as an invitation to continue living out Harley’s bondage fantasy.
“I’ve been dying to touch you all day,” he said, his dry palm moving from her mouth to her breast, teasing her nipple through her thin tee shirt, drawing a gasp from her throat.
She expected his touch to feel foreign and unwelcome, but his fingers were gentle, teasing her with a sweetness that made her arch into his warm hand. Electricity shot from her breast to coil between her legs, the sensation intensified by the feel of the rope digging into her wrists as her biceps tightened reflexively in response to the stranger’s confident touch.
“God, the sounds you make drive me crazy,” the man said, pinching her nipple tight enough to make her gasp again.
“No, please, I’m not—” Hannah’s words ended in a moan as he pushed her shirt up and bent lower, tugging her nipple into the warm, wet heat of his mouth. His tongue flicked and teased, flooding her body with pleasure and longing so intense she was panting by the time he transferred his mouth to her other breast, sucking and nibbling at the aroused skin as his big hand slipped down the front of her panties, finding where she was already wet.

Wet, from her sister’s boyfriend’s mouth on her breasts. And now his fingers were sliding into where she ached, making her shudder.
If she didn’t stop this soon, it would be too late. There would be no avoiding tragedy, there would be only shame and the nightmare of confessing to her sister and this innocent man that she’d done something unforgivable.
“Stop, I’m not Harley.” She tensed her thighs only to relax them a second later when she realized her locked muscles were trapping his fingers inside her embarrassingly slick sex.
“No, you’re not,” he said, driving his fingers in and out of her as he trapped her nipple between his teeth and bit down, making her cry out in pain before he soothed away the hurt with his tongue.
“You’re my little slut,” he continued in his deep, sexy rumble of a voice, his fingers still busy between her legs, making the tension coiling low in her body fist even tighter. “And I’m going to fuck you until you scream.”

Normally I'm not a fan of mistaken identity tropes and at first I found the situation really uncomfortable but once I reframed it into a fantasy category I really got into the idea of the revenge plot. It was ridiculously filthy in all the right guilty pleasure ways. Valente knows how to write sex that's absolutely dirty and so dark that it's delightful. As a lover of erotica but a reader who tends to prefer things tame I was surprised at how much I enjoyed it and the characters.

Poor Hannah is so painfully naive! The situation she's in is completely ridiculous but it makes for total fantasy fodder. I don't blame her for consenting to Hawke, if you're into Alpha males with a capital A he's your new man. They're not usually my type but I get the feeling there are layers to him that the next installments are going to show there's a whole lot more to him than meets the eye. I want to see him stripped down to his core (pun totally intended) and see what really got him where he's at. 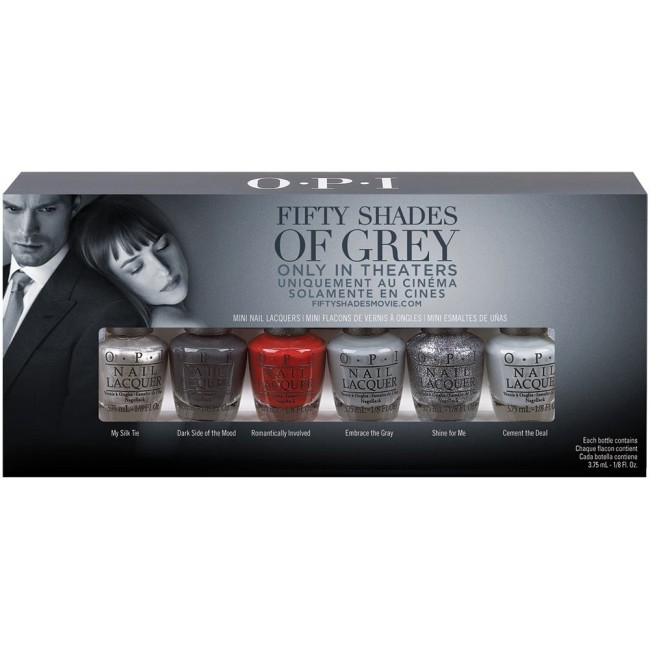 Lili Valente has slept under the stars in Greece, eaten dinner at midnight with French men who couldn’t be trusted to keep their mouths on their food, and walked alone through Munich’s red light district after dark and lived to tell the tale.

These days you can find her writing in a tent beside the sea, drinking coconut water and thinking delightfully dirty thoughts.

Lili loves to hear from her readers. You can reach her via email at lili.valente.romance@gmail.com