Great as a Standalone or as an Explosive Sequel to #1 Amazon Kindle Bestseller, AEGIS RISING. 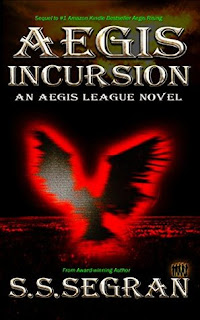 On a bright July morning in 1948, a B-29 Superfortress flying a top-secret research mission over Nevada crashes into the calm waters of Lake Mead and sinks, remaining lost for half a century.

It has been nearly a year since five friends - Jag, Kody, Mariah, Tegan and Aari - mysteriously reappeared in a small town in Yukon several weeks after their small plane went down in Northern Canada. All were found in good health but with no recollection of what happened to them after the crash.

A baffling contagion is spreading across the bread-basket of North America destroying vital crops. As this dark shadow marches across the globe, widespread famine and riots bring desperate nations to the brink of war.

These seemingly unrelated events set the stage for a battle between the forces of darkness and those destined to become the 'bearers of light'. From ravaged fields in the Great Plains to clandestine installations around the world, the Aegis League must race against time to save humanity.

“Unique and compelling! With non-stop action, adventure and intrigue, Aegis Incursion will appeal to fans of Maze Runner, Percy Jackson and Hunger Games.” ~Michael Beas - Bestselling Author of 'Strump: A World of Shadows' ~

“S.S.Segran brings us a worthy sequel to her best-selling debut novel, Aegis Rising. Relentless action and gravity defying twists and turns hold the reader in a tight grip till the last page.” ~ Honore Gbedze ”" The SAGE Foundation ~

"RECOMMENDED! A good sequel stands alone as a strong work without the accomplishments of its predecessors, but a great sequel inspires readers to go back and relive a book they've already read, and that is precisely what this book accomplishes." ~ The US Review of Books ~


"FIVE STARS! A great book to dive into and a fantastic follow up to the first... One of the best things author S.S. Segran has done here is that the book can be read as a stand-alone. Highly recommended!"  ~ Readers' Favorite Reviews ~


…. He picked up the remote and switched the channel to a national news station. When he saw the headline on the screen, he frowned and turned up the volume.


“ . . . Additional reports are coming in of more crop failures in parts of North Dakota, Kansas and Montana,” the news anchor was saying. “For further details, we now turn to our correspondent in Baldwin City, Kansas.”


As the camera cut away to show a man with a microphone standing among burnt crops in a farmer’s field, Jag turned to the others, looking puzzled. “More crop failures? What’s going on?” 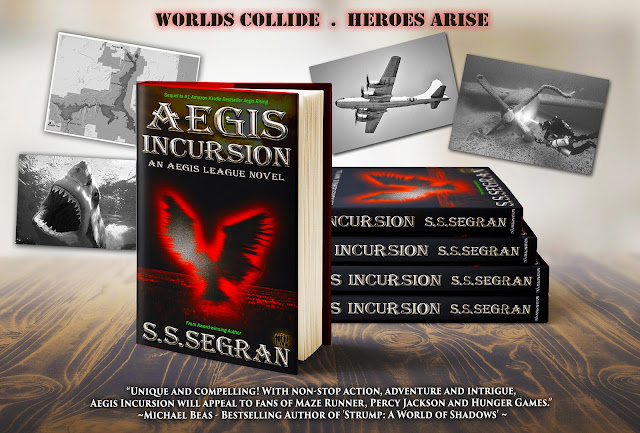 S.S.Segran spent a good chunk of her childhood exploring the enchanted forest of a million tales in the mystical land of books. In her early teens, she began crafting intriguing new worlds and conjuring up characters who came alive with the flick of her wand... err... pen. With the publication of her first novel in the Aegis League Series during her senior year of high school, she was surprised by the abundance of time that magically appeared right after graduation. She plans to use this newfound resource to expand the arc of the series. Her future plans include studying Cognitive Science at university and helping youths in developing countries realize their potential through her non-profit organization, Aegis League (www.aegisleague.org)

When not devouring a book or writing one, S.S.Segran can be found standing behind the cauldron of life, stirring a potion made up of chores, parkour, gaming, drawing, horseback riding and—having recently jumped off a perfectly fine airplane at fifteen thousand feet – perhaps skydiving.

S.S. Segran will award a randomly drawn commenter via Rafflecopter a $25 Amazon/BN GC.

a Rafflecopter giveaway
Posted by Rhianna at 6/19/2015

Thank you for hosting Aegis Incursion! I hope your readers will enjoy the novel. For a limited time I am offering the next book in the series, Aegis Evolution, for free when it is released. I'd like to invite them to sign-up at the link below to receive the book:
http://www.sssegran.com/aegis-insider

Wishing you and your readers a wonderful summer and many great reads!