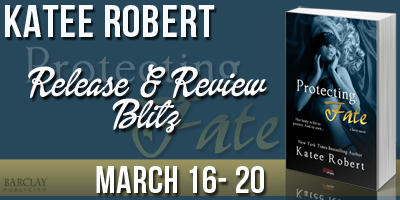 Happy Hump Day RhiReaders! Could it be any more fitting that I'm featuring Katee Robert's newly released erotic romance, PROTECTING FATE, today? If you saw my review you know I thought it was smokin' hot. When I read the previous entries in Katee's part of the series I totally loved that her heroines' safe words had a common thread so I asked her to do a guest post about them and she did me one better... she vlogged it! So please watch and enjoy this behind-the-scenes look at something I thought was really cool that she used to tie all three books together. -- Rhi


He’ll keep her safe…but who will protect her from him? 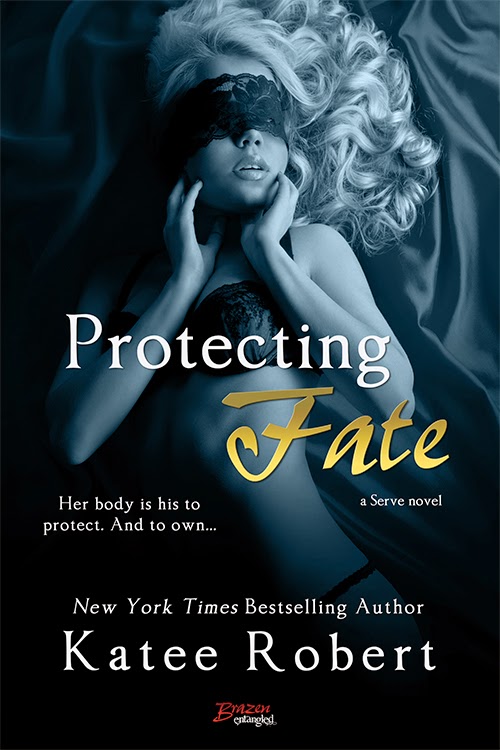 Fixer Sara Reaver is in serious trouble. She’s stepped on the wrong toes, and now her uncle is sending her out of the city in an effort to keep her safe—and he’s assigning her a glorified babysitter. The last person she expects to show up is the gorgeous Z, or for him to tempt her and then reject her in the space of a single night. Twice. Now she’s out to prove to him just how good they’d fit up together in every way imaginable.

Mercenary Z Loreto hates protection jobs, but he’s willing to make an exception for his best friend’s little sister. The only problem is she calls up things he’s been doing his damnedest to keep under wraps for the last seven years. But when she pushes him too far, it all comes rushing to the fore, and the fact she’s willing to submit to his every desire only makes the loss of control sweeter.

Sara and Z have a boatload of issues between them, but they’re sure they can make things work if they take it one day at a time… Right up until things spiral beyond their control. Now Z’s playing for keeps in a big way, and Sara’s got to decide if a chance at true happiness is worth the risk of repeating history.


See where it all began with Tessa Bailey's Owned by Fate and Katee’s most recent installment, Betting on Fate. 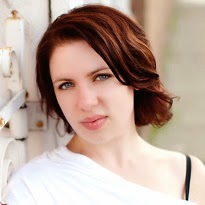 
Spread the love and enter to win the tour-wide giveaway!
1 $50 Gift card to Amazon or Barnes and Noble and 3 winners of Katee Robert swag pack
a Rafflecopter giveaway


Keep up with the tour by stopping by one of these fabulous sites: