I'm sure you've noticed a bit of social silence on my part over the past couple of weeks. I'll probably be writing about what's going on early next month. It's personal stuff and not blog related but it is affecting my overall online presence and reading time a lot. I think I was supposed to review DIAMONDS AND DUST for today's post but ya know what? It didn't click until after I'd spent this past weekend listening to LEATHER AND LACE, which had just released on audio. *doh*

So guess what? You get my L&L review now and hopefully D&D sometime next month. In the meantime why not do yourselves a favor and grab the boxed set? This is a great deal and I love the characters Evans writes. If you enjoy cowboys, quirky small towns, and the kind of sex scenes that will make your husband give WTF-are-you-reading? commentary when he overhears what you're listening to while cooking... you will love the HOT TEXAS DAYS box set. Be sure and follow the tour too for more reviews and excerpts!
-- Rhi 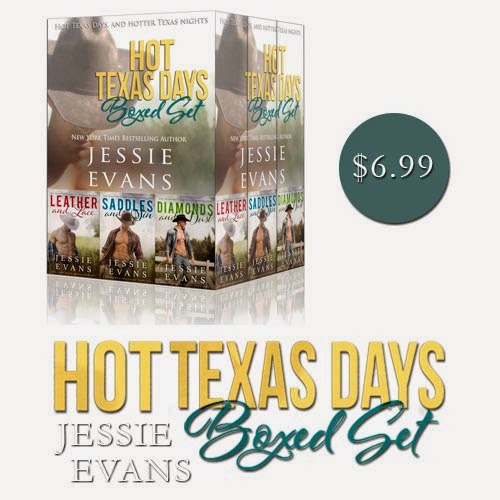 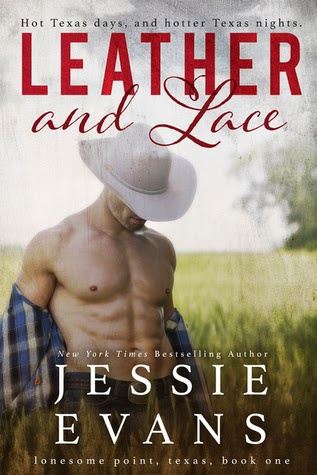 Wild girl, Mia Sherman, has a secret—she isn’t as fearless as she pretends. Descended from Lonesome Point, Texas’ founding family, Mia grew up hearing tales of an ancient Irish curse that followed the Shermans to America. The first-born daughter of every generation is cursed to lose her husband on her wedding night, which is one of the many reasons Mia has sworn off relationships. Until the fateful day rancher Sawyer Kane rides his Harley into her life …

Can true love conquer all, even a centuries-old curse? Mia and Sawyer will be the first to find out.


Excerpt from LEATHER AND LACE:

Sawyer searched Mia’s face in the glow of the moon, the soft light making her look even sexier than she had in the yellow bulbs strung above the farmer’s market. “I really like you. A lot.”“I like you, too,” she said, her full lips curving at the edges.“But I meant what I said before, about not being ready for anything serious.” The words tried to stick in his throat, but Sawyer forced them out. He owed Mia honesty, and he wanted to make damned sure they were on the same page before things went any further. “I want to make sure that’s still okay. I wouldn’t ever want to hurt you.”Her smiled faded, but her eyes remained soft, unguarded. “You won’t hurt me.” She ambled down the stairs, stopping on the stair above his, putting them face-to-face and their lips inches apart. “I’m fine with a night, or a week, or the summer…however long feels right. And when it stops feeling right, we go our separate ways, no anger, no regrets.” She lifted her arms, twining them around his neck, sending arousal surging through his body. “This is exactly what I need, Sawyer. You are what I need, and I can’t wait to touch you. Everywhere.”Any hope of resisting vanished as that last word feathered between her tempting lips. Sawyer closed the distance between them, claiming her mouth as his arm wrapped tight around her waist, crushing her body to his. Her breasts flattened against his chest and her body heat caressed him, making his pulse spike and a moan sound low in his throat. He wanted this woman—badly. And he was past ready for them to be alone in a room with a bed, a door, and a lock to keep the rest of the world out.Sawyer lifted Mia off her feet, carrying her through the shop entrance before kicking the door shut behind them.“Up the stairs,” she whispered against his mouth. “Bedroom’s up there.”

My Review of LEATHER AND LACE:

I started my Jessie Evans fangirling with her small town sweet romances. She writes such great characters and small towns that it was only a matter of time before I caved and snapped up her Lonesome Point, Texas series books. I'm not really into the whole Texas or cowboy thing but sometimes I'll make an exception with an author I love already or a plot element that's hard to resist. I'm thrilled to find that while LEATHER AND LACE is far more suspenseful and very steamy, it's just as enjoyable as previous Evans' books I've read.

I think that—like most romance readers—I have a special spot in my heart for heroes with a sad back story. There's something about seeing a guy who has had a tough life become a courageous, gentle man instead of a thug. Sawyer could so easily have become that. He's a big bald guy who rides a motorcycle and wears a Stetson and I found him surprisingly sweet and gentle. Mia's so full of sass it's a wonder any guy could get past her emotional defenses—'cause she's had her own bumpy past when it comes to relationships. Together they just combust.

I actually wound up snagging the audiobook for L&L because it was a steal since I owned the Kindle copy already. If you're an audio reader I think it's a great listen. I almost died of red-face though because I was listening without headphones and it got to the first love scene—which was pretty long and very dialog-heavy—and my husband got to hear the whole scene. If you love a high-heat romance I'm pretty sure my husband's disgusted reactions to the male narrator reading the scene are an indication you'll enjoy it. lol

If you're into romantic suspense genre, there is a mystery and a suspense element to the overall story, but I'll admit I wasn't expecting them based on the blurb and they were kind of meh to me. I just wasn't feeling them, kinda felt a little like they detracted from the small-town romance mood in a way that just didn't work for me. But, if you dig the genre you might love it, it's just not my thing outside of the paranormal shelves.

Overall, it was a terrific read on audio but I think I would have been just as happy reading it myself. I'm really looking forward to diving into SADDLES AND SIN as well as DIAMONDS AND DUST because I adored Bubba and Tulsi as secondary characters. If you wind up rooting for secondaries to get their own books I definitely recommend picking up the HOT TEXAS DAYS box set which features the first three books in the series! (4 Stars) 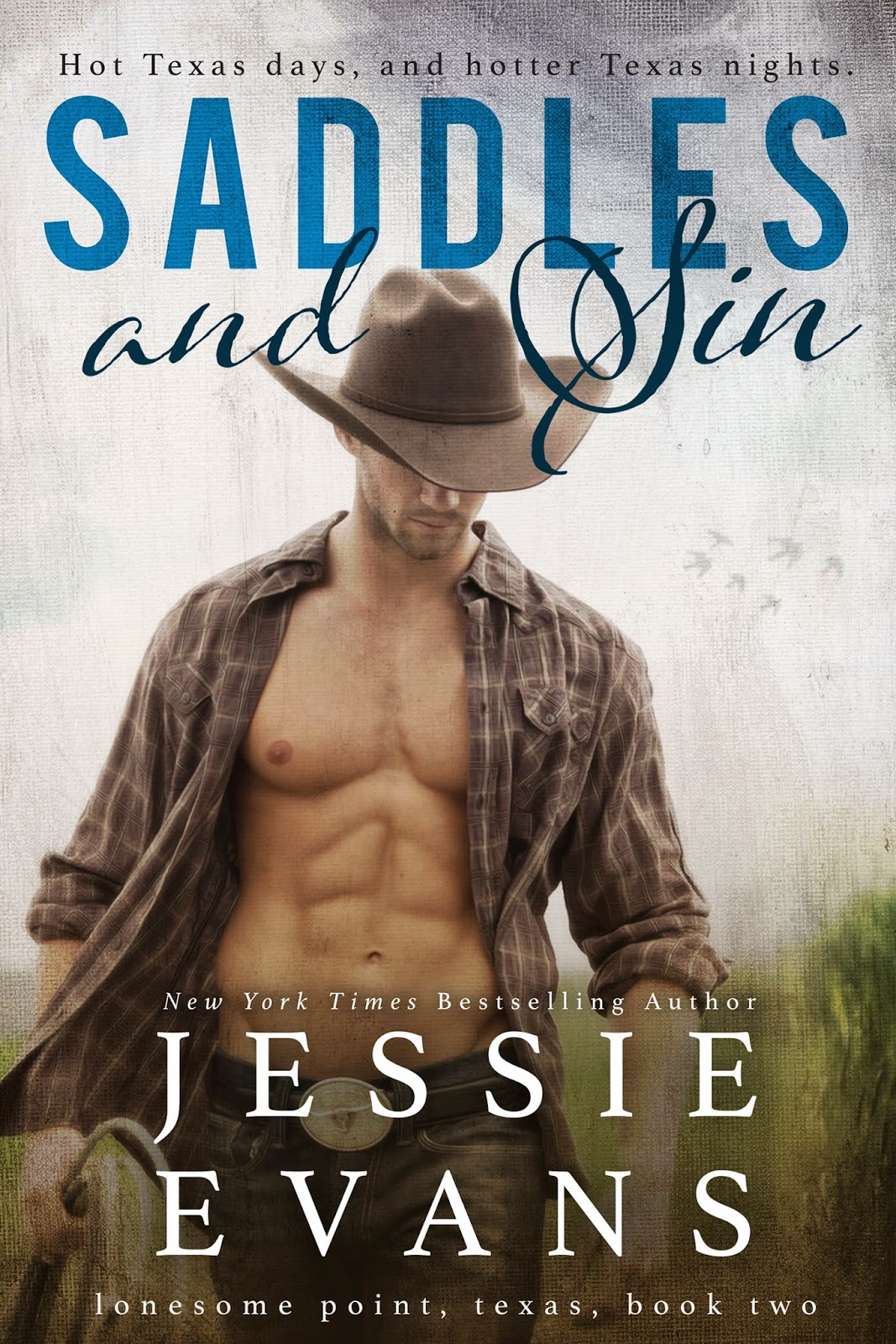 Even sweet cowboys have a sinful side…

Robert Lawson—Bubba to his friends—is six feet, four inches of tall, dark, and handsome cowboy, with a panty-melting voice and a face made to launch a country music career. But when his family’s ranch hands go down with the flu, Robert cancels his high-profile auditions and returns home to help out. Marisol Medina has been looking for her golden ticket since she became a country music manager, but she refuses to mix business and pleasure, even if it will be hell, resisting temptation while spending a week at the Lawson family ranch with her star client.

But as Marisol and Robert grow closer and the passion between them ignites, Marisol must decide if a chance at forever is worth breaking all her rules. 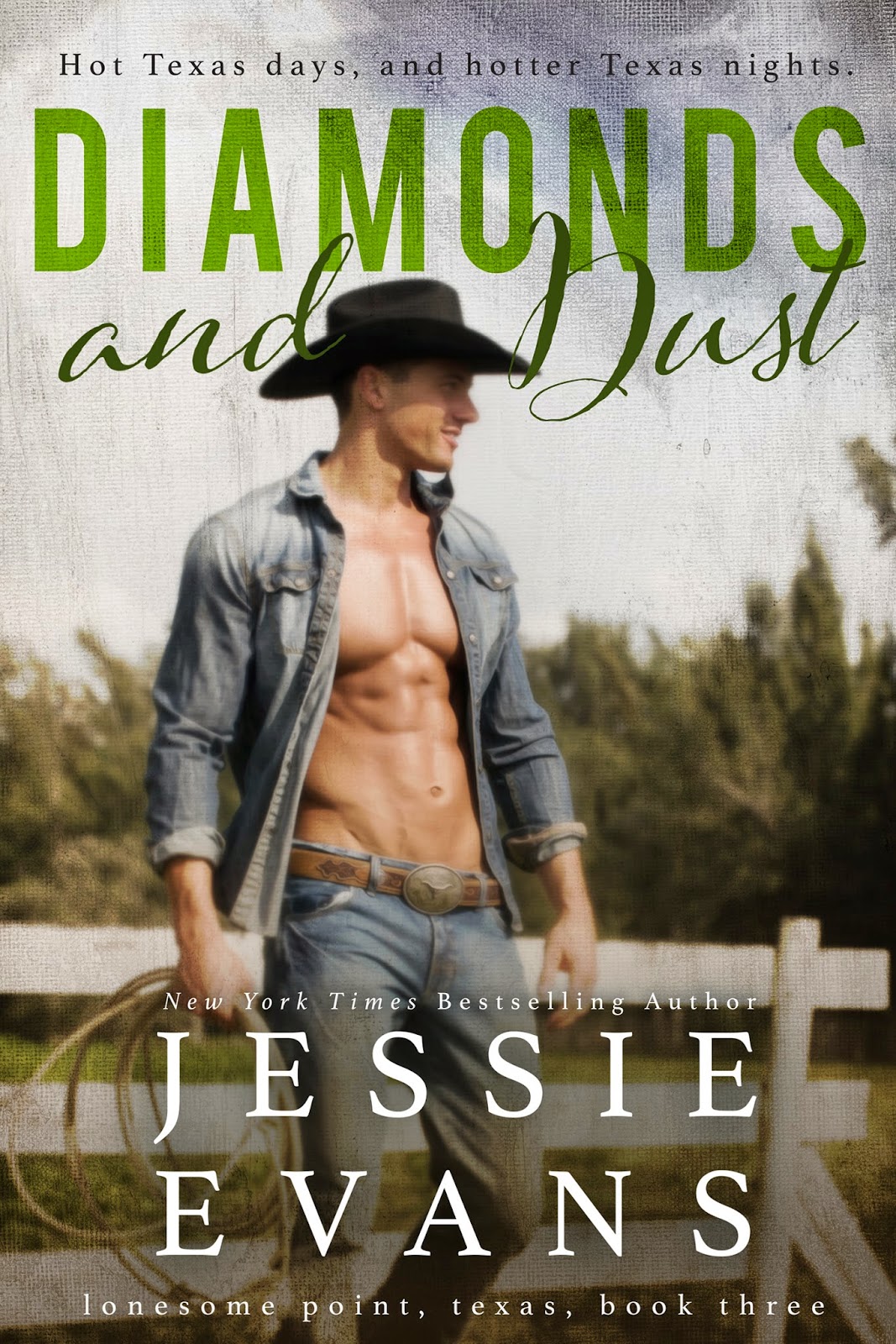 The home run neither of them expected…

Pike Sherman is a legend in Lonesome Point, a hometown boy who made it to the big leagues. Literally. Professional baseball acquired one hell of a pitching arm and it’s latest celebrity bad boy when the gifted Pike was drafted seven years ago. Pike’s broken heart came along for the ride, too, but he kept that private. Tulsi Hearst knows she should stay far away from the brooding man her summer love has become, but she can’t resist a dance with the only man who ever made her blood rush.

After a few days back in Lonesome Point, Pike can’t imagine life without the girl he left behind, but when Tulsi’s secret is revealed, his heart is broken all over again. The only thing worse than losing Tulsi, is losing six years with the daughter he didn’t know he had. 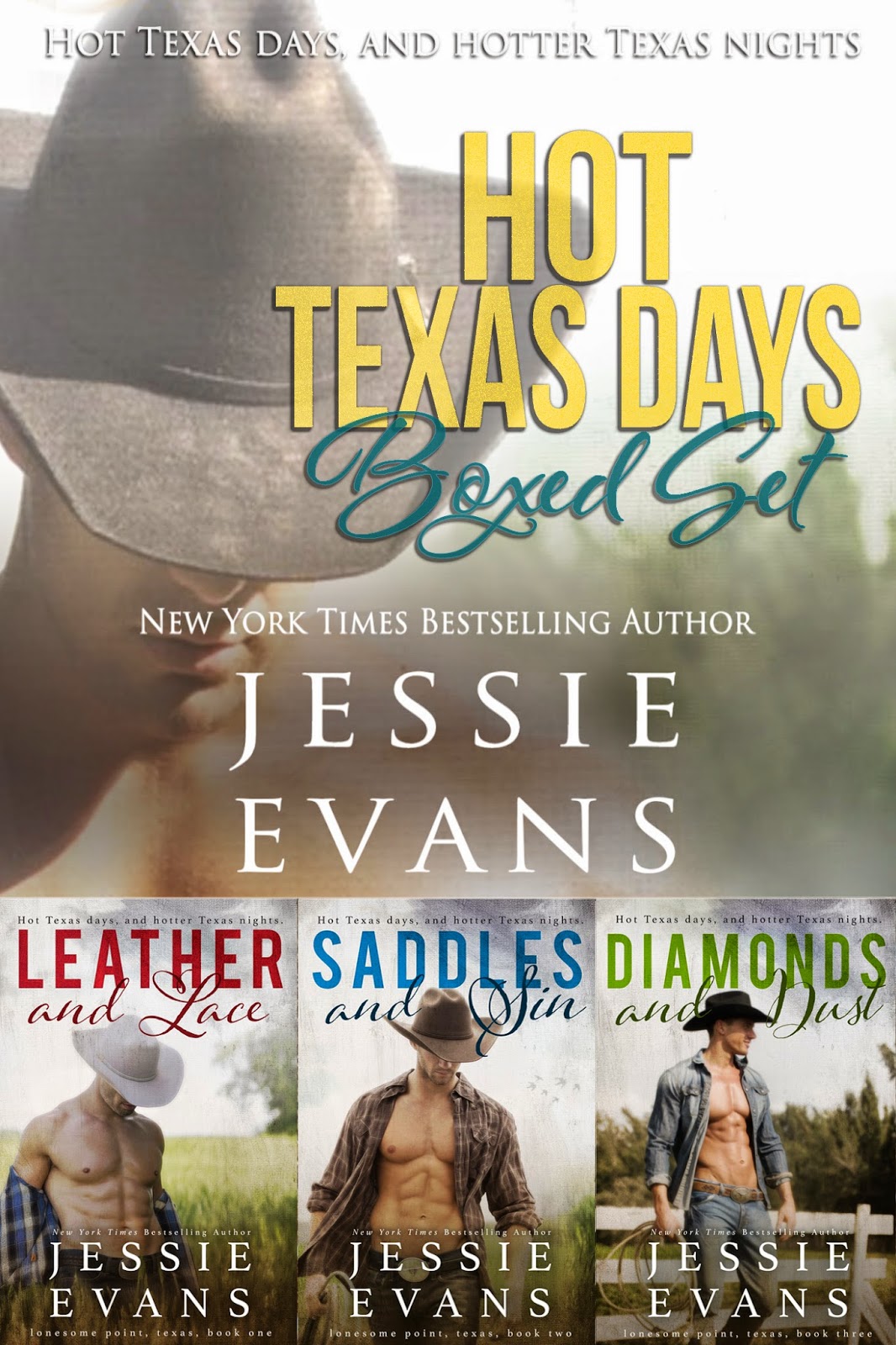 New York Times and USA Today bestselling author, Jessie Evans, gave up a career as an international woman of mystery to write the sexy, contemporary Southern romances she loves to read.
She's married to the man of her dreams, and together they're raising a few adorable, mischievous children in a cottage in the jungle. She grew up in rural Arkansas, spending summers running wild, being chewed by chiggers, and now appreciates her home in a chigger-free part of the world even more.
When she's not writing, Jessie enjoys playing her dulcimer (badly), sewing the worlds ugliest quilts to give to her friends, going for bike rides with her house full of boys, and drifting in and out on the waves, feeling thankful for sun, surf, and lovely people to share them with.

Thank you so much for hosting today! I laughed at the review...I ALWAYS have my headphones handy!

I could use a hot Texas day right about now. It's been extra cold and snowy in my neck of the woods lately that I am in desperate need of a break, so I'll take whatever I can get, even if its fictional. Heh