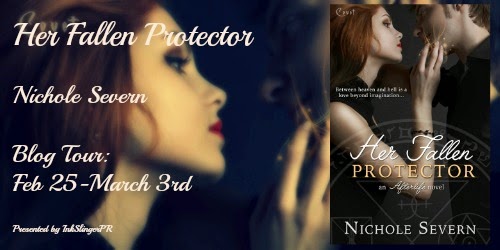 A good majority of authors use playlists to keep their creativity running, plot out the book or fill out characters. Mortal Eclipse had a very solemn/emo playlist. The whole idea for the series came from the movie Constantine and I wanted to keep the book in that emotional vein.

So here’s my playlist:

As you can see, “Missing” by Evanescence is at the top of my list and really played a bigger role in the draft of this book than any other song. I call it my theme song. It holds the exact emotions and message I was hoping for and really took the book to a whole new level. A specific scene this song helped with was Damien’s revelation that according to the mortal world, Vdarra Jansen had been murdered and nobody would be missing her.

Florence + The Machine has a great vibe when it comes to helping me draft my paranormals, especially their Ceremonials release. Every song on that CD covers inner demons, religious aspects, and sorrow exactly the way I imagined Mortal Eclipse would. “Seven Devils” and “Howl” helped me draft when it came to getting into my demons’ heads.

And the song that inspired the book in the first place, “E.T.” by Katy Perry. I’m not a huge fan of hers, but the lyrics in this song really pushed the book along from Vdarra’s point of view as she’s trying to get her memories back and figure out what/who Jacob really is. He’s definitely not alien though.

Hope this helps you experience my process in writing Mortal Eclipse and maybe even get you in the mood to go buy it!

When a trio of demons kidnap Vdarra Jansen, her normal life is ripped away. Her abductors claim she is the “lost heiress” of the Underworld, and the commander of the mighty Army of Duemos. They don't seem to care that she knows nothing about the Underworld, or that she only remembers the last ten years of her life...

Former archangel Jacob will do anything to bring back his lost love’s memories. But if he succeeds, it could mean the end of the world. Torn between love and duty, Jacob will do whatever it takes to save her.   Jacob and Vdarra must learn to trust each other, and push aside old hurts to find their way. They are in a race to find the one thing that will decide Vdarra’s, and the world’s, fate – the lost Seal of Solomon. It will mean choosing between innocent lives ...and their hearts.

Originally from Las Vegas, Nevada where she spent most days at her grandmother’s house watching X-Men, Married with Children and The Simpsons, Nichole Severn migrated to the Salt Lake City valley to live life as scandalous romance author. She graduated with a degree in psychology from Utah Valley University and resides with her very supportive and patient husband, as well as her terrorist of a toddler, in Sandy, Utah. When she’s not writing, she’s constantly injuring herself running, rock climbing, practicing yoga, and snowboarding.