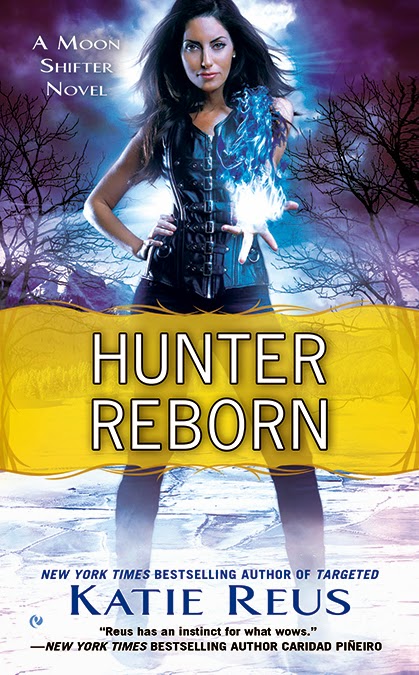 Losing her was the hardest thing he’d ever endured.... Warrior shifter Aiden’s investigation of the trafficking of vampire blood leads to a startling discovery: the beautiful vampire bondmate he thought was dead. Decades ago, they’d defied their powerful families to be together, but then Larissa disappeared without a trace. When their mating link broke, it nearly destroyed Aiden. Now she’s back with no memory of where she’s been. Even more shattering—Larissa claims she has no idea who Aiden is.Now she’s back....It’s a race against time to bring down an operation more evil than his pack ever suspected, and Aiden finds himself working side by side with a mate who no longer trusts him—and she wants out. But he lost her once, and he won’t let her go again. Unfortunately, Larissa’s blood is the key to a powerful monster’s dangerous plan—and he’ll stop at nothing to destroy her, sparking off a war between the supernaturals and humans that no one will win.

The vamp must have sensed his intent because he dropped Larissa and ran, sprinting through the club with a preternatural speed. The predator in Aiden wanted to give chase, to hunt him down, but he reined it in for the stronger impulse to protect what was his.

Using all the strength in his hind legs, he jumped from the table and landed right next to Larissa’s still form. Her chest rose and fell steadily and she appeared unharmed. But he wouldn’t be satisfied until he knew for sure.

“Aiden, look at me.” He heard Teresa’s soft voice nearby, but he couldn’t look at her. He refused. All his attention was on Larissa.

“You need to shift back,” Teresa whispered urgently.


He ignored her. That wasn’t happening. Stepping closer to Larissa, he stopped only when her body was completely under him. No one could get to her without going through him. They’d have to kill him first.

His head whipped around to see Connor and Noah moving around the middle bar. Connor had something in his hand. A gun. But that didn’t make sense.

“Aiden, snap out of it. Shift back. Now!” his Alpha commanded with authority.

Part of him was compelled to listen, but . . . No. He could protect Larissa better as a wolf. His inner animal latched on and dug deep, refusing to give up control. Aiden snarled at Connor, baring his canines in a clearly aggressive, defiant display.

The room, which had already quieted down, went deathly silent. Connor’s eyes went wide in shock before they narrowed. He thought he heard someone murmur something about him going feral.

Feral? That’s when it registered what he must look like. Drawing on strength he didn’t know he had, Aiden forced the change. No matter how much he needed to protect Larissa he had to explain to his pack what was going on. So they would protect her. She was all that mattered.

Agony pierced through him as his bones shifted against his wolf’s will until he was crouching naked over Larissa’s still unconscious body. He attempted to stand when something slammed into his chest. He stumbled back from the force of it and saw the raised gun in Connor’s hand.

The deepest sense of betrayal ricocheted through him until he looked down and realized it was a tranquilizer dart. Connor was trying to control the situation, not kill him. It meant he could be trusted. Something his human side knew completely, but his wolf was agitated and wanted to take Larissa far away from everyone and everything. Including his Alpha.

“Bondmate,” Aiden managed to rasp out before a bitter blackness engulfed him.

Katie Reus is the New York Times and USA Today bestselling author of the Red Stone Security series, the Moon Shifter series and the Deadly Ops series. She fell in love with romance at a young age thanks to books she pilfered from her mom's stash. Years later she loves reading romance almost as much as she loves writing it. However, she didn't always know she wanted to be a writer. After changing majors many times, she finally graduated with a degree in psychology. Not long after that she discovered a new love. Writing. She now spends her days writing dark paranormal romance and sexy romantic suspense.

Oh wow, that was a great excerpt. I always love getting to read an excerpt. It's a great way to see if I think I might like the rest of the book and it gives us a little glimpse into what is going on.

I enjoyed the excerpt and I can't wait to read the book. It's definitely on my wish list. I always enjoy this author.

Thanks for the excerpt and for sharing everything here :)