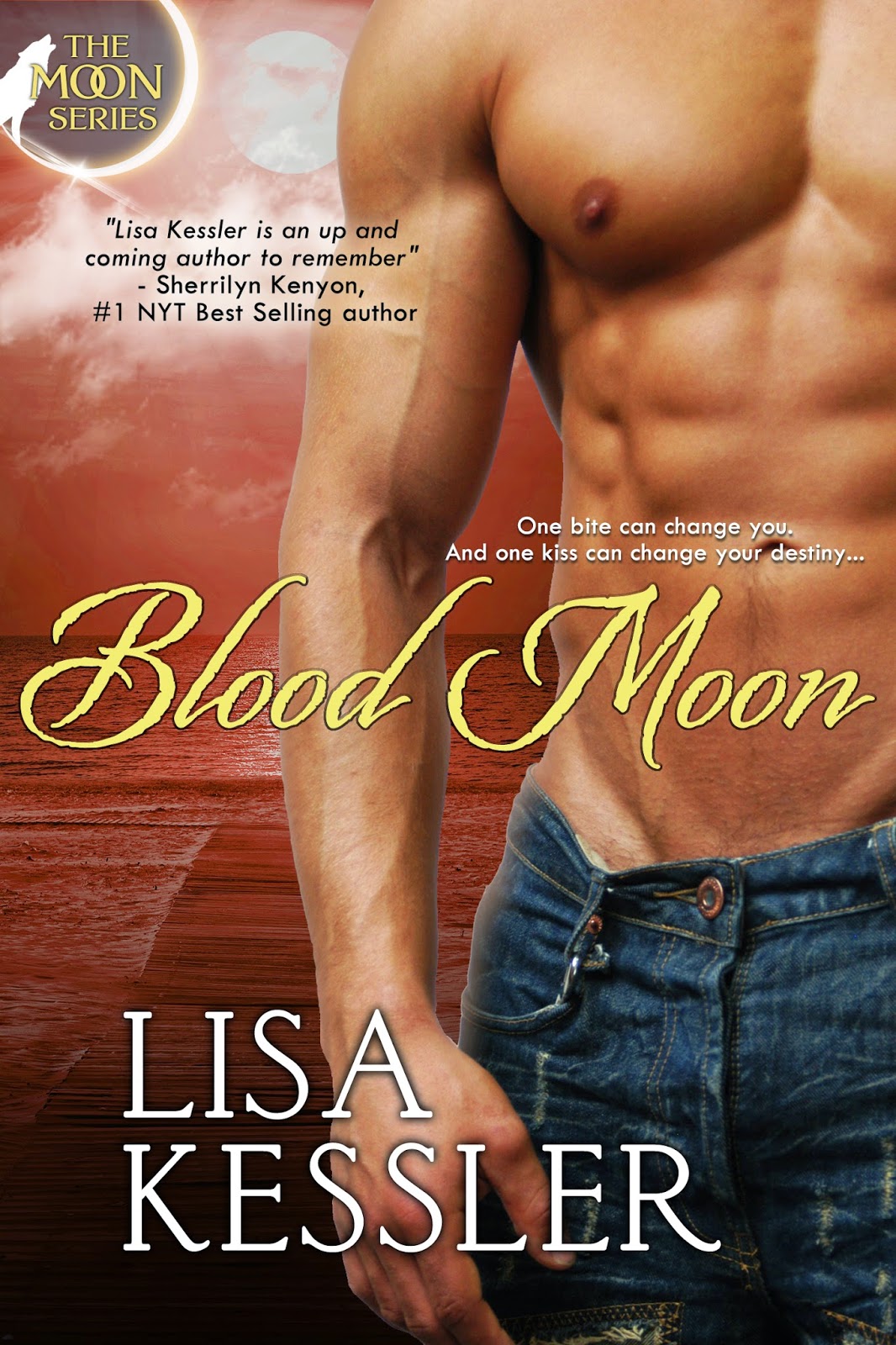 Blood Moon (Moon #3) by Lisa Kessler
Paranormal Romance, Shapeshifters
Ebook (243 pages, ENTANGLED SELECT)
One bite can change you.
And one kiss can change your destiny...
Nadya Dalca has been handed a death sentence. She's been bitten by the last living genetically enhanced werewolf―part of the Nero Organization's disastrous Moonlight project. With the poisonous blood now coursing through her system and pushing her to the limits, it is only a matter of time before Nadya's fate is sealed...
Gareth Takoda told himself he couldn't get involved. Caught up in a maelstrom of grief and bitterness, he has been isolating himself from his Pack. But when he is charged with watching over Nadya's first transformation―or bear witness should it go horribly wrong―Gareth is torn further by unwanted desire and the need to protect what is his.
One kiss changes everything. One shattering, all-consuming kiss. And with it, Nadya and Gareth face either salvation...or death.
Author Site: website

Too many issues with Gareth for me. (3 stars)

Bitten by a genetically enhanced werewolf, Nadya has been given a death sentence. Gareth has seen too much death and has no desire to get involved with her but when they share a kiss and discover they are mates their need for one another can't be denied.

As much as I have loved most of Kessler's books I found BLOOD MOON to be surprisingly hard to connect to. Gareth has never been an easy character to connect to and I found him strangely harder to like as the hero for Nadya. In fact, the more they were together the less suited I felt they were. I don't often argue with an author over whom they pair up but darnit, I felt like Nadya—whom I had previously really liked—was wasted on Gareth. Even the things written to make him seem likable, such as helping with the babies, felt contrived.

Add in that I don't like first personal alternating perspectives in romance and I really found BLOOD MOON to be a slog. I feel like a total jerk for not liking it but well, I could have excused the narrative as I had previously with this series, if I hadn't disliked Gareth and I just couldn't this time. :(

The things I disliked aside, this is actually a good pivot point for other characters. I won't spoil anything but there were some interesting developments in the series arc and the small bit with Sebastian only wet my palate for more. I think Jason's heroine has been revealed which I am hoping will pull him out of the dis-likable place I found him at this time.

If you've read the series this far I think you need to read BLOOD MOON so you will stay on track with the series arc but don't expect to be wowed with the romance side of it. New to the series? This might actually be an okay place to start if you like fated mates and the narrative style, some parts will be a little confusing but you could go back and read the first two and roll on.