Book Blast: THE EXTRAORDINARY ADVENTURE OF THE ORIGINAL by Sean Miller [+ giveaway!]

Continue along the blast route...

When the people of Tower City face a new subterranean threat, who do they call? What will they do?! They turn to the worlds first superhero, The Original!
This fun, all-ages, 30 page story focuses on an early adventure of The Original in his younger years and gives the secret origin of a popular character from the main series!
This issue was written by creator Sean Miller and drawn by the super talented Jeff Mitchell. It also features a pinup by Paolo Rivera!

I'm Sean Miller and I'm the founder and creator of Anchor Comics, based in Stockton, CA. My most notable work is on "The Original", a six issue series set in a dystopian future, focusing on the world's first superhero and his struggles coming out of retirement to face a growing threat to humanity.

I started my art career in early 2012 and have worked with other talented artists such as Ramon Villalobos, Travis Compton (editor at Anchor Comics), and Adam Messinger
Keep an eye out for the collected volume of "The Original" due late 2014. Other titles in the works and soon to be released are "The Hoax" and "Solar Max". 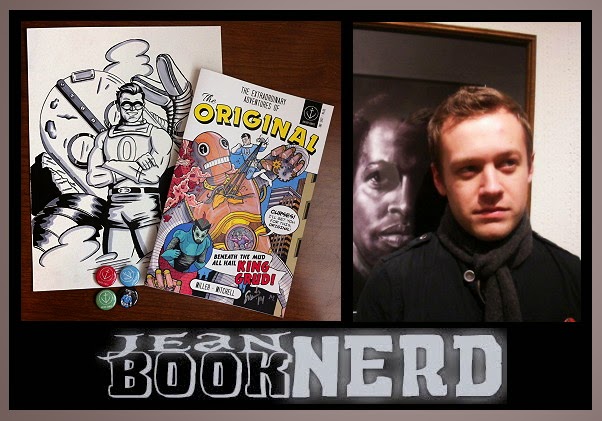 1 Signed copy of The Extraordinary Adventure of the Original
1 RARE signed piece of original Art.
Giveaway is open to International. | Must be 13+ to Enter