Review: Twelve Dates of Christmas: The Ballad of Lula Jo by Jessie Evans 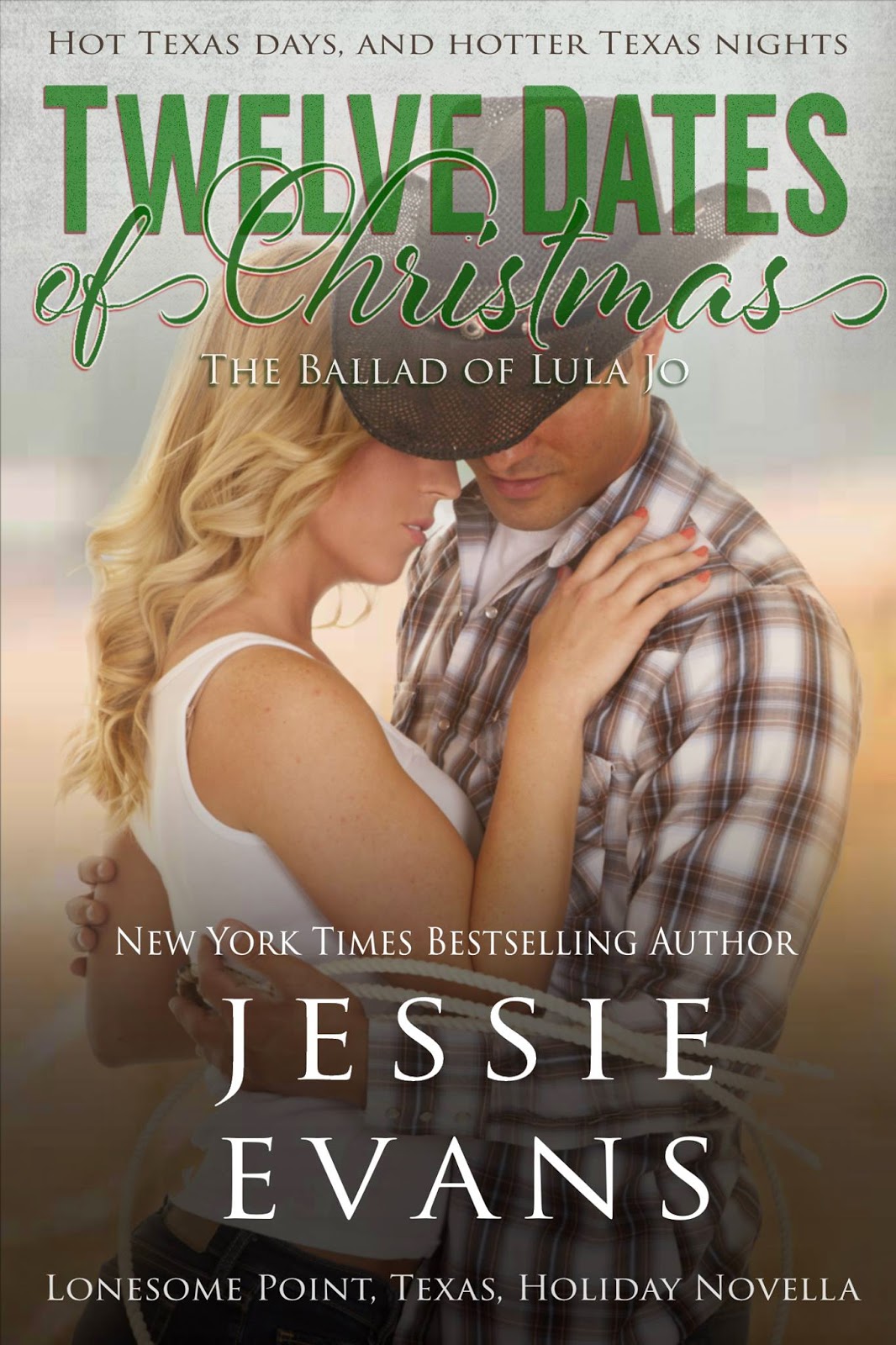 Twelve Dates of Christmas: The Ballad of Lula Jo (Lonesome Point) by Jessie Evans
Contemporary Romance, Holiday
Ebook (novella, INDIE)
It's the time of year for miracles...
Once upon a time, Lula and Carter were inseparable and Christmas was Lula's favorite time of the year. But when Lula refused Carter's proposal one dark December night--unwilling to abandon her hometown to live the dangerous life of a treasure hunter's wife--the holiday lights went out in her heart. She abandoned all hope of romance and embraced a hermit's existence, keeping her distance from dangerous men and untamed cowboys. Until now...
Years of hard knocks have taught Carter that the greatest adventure is the one he once found in Lula's arms. He's back in Lonesome Point determined to win back the only woman he's ever loved, but Lula is just as determined to keep her heart under lock and key. She gives Carter twelve days--and twelve dates--to make his case before she sends him on his way, not counting on the fact that the two of them have grown into people even more meant to be.
It looks like Lula and Carter are on track to Happily Ever After take two, but when Lula's old fears are reawakened Christmas Eve it will take a holiday miracle to keep them together.
* * Twelve Dates of Christmas: The Ballad of Lula Jo is also available as part of the limited edition LOVE, LAUGHTER, AND MERRILY EVER AFTERS collection. 10 holiday novellas for one low, low price.* *Author Site: website

If you've got as much of a weak spot for romances where the hero and heroine have had a romantic relationship fall apart a long time ago you will love Lula and Carter's story. She wanted to stay in Lonesome Point and he wanted to run off on archaeological adventures which lead to them parting ways rather dramatically. Fast forward eleven years and he's had some less-than-good journeys and she's become a bit of a recluse. But if he can prove to her within twelve dates to that he's grown up they just might have something special together.

While I haven't jumped into Evans' Lonesome Point series yet I have loved her Always a Bridesmaid ones so I figured since I was participating in a holiday read-a-thon this week it was perfect timing to dip a toe in. I'm pleased to say that this story stands well as a holiday romance for those of us who aren't familiar with the series already! For those who are, I think it will be even more enjoyable as I caught hints at the first book in the series, LEATHER AND LACE for sure. I really liked Carter even if I giggled a little at how well... cartoony I guess might be a good word for it his need to run off and play Indiana Jones seemed. Rather than cheesey I found it charming. I felt pretty sad for Lula that she let his leaving break her so much but enjoyed seeing her give him a second chance to win her.

Sweet, festive and with the perfect dash of kitschy humor I love I would definitely recommend this one to anyone looking for a short holiday themed read to get them in the mood for Christmas. I really, really enjoyed it and will definitely be trying to work the Lonesome Point series into my reading schedule by hook or by crook now that I have fallen for the town.