Review: The Book of Ivy by Amy Engel 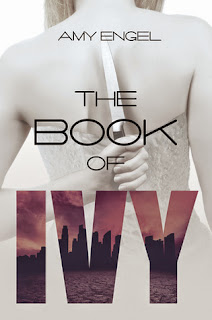 What would you kill for?
After a brutal nuclear war, the United States was left decimated. A small group of survivors eventually banded together, but only after more conflict over which family would govern the new nation. The Westfalls lost. Fifty years later, peace and control are maintained by marrying the daughters of the losing side to the sons of the winning group in a yearly ritual.
This year, it is my turn.
My name is Ivy Westfall, and my mission is simple: to kill the president’s son—my soon-to-be husband—and return the Westfall family to power.
But Bishop Lattimer is either a very skilled actor or he’s not the cruel, heartless boy my family warned me to expect. He might even be the one person in this world who truly understands me. But there is no escape from my fate. I am the only one who can restore the Westfall legacy.
Because Bishop must die. And I must be the one to kill him…
Author Site: website

If you've read as many dystopian young adult novels featuring marriage and reproductive rights being taken into the hands of governing bodies you'll definitely want to give THE BOOK OF IVY a read. This is the first time I've seen one that involved a murder plot so I was really excited to see how that would play out.

Ivy is really naive at first and I tend to dislike heroines like that but her progression from pawn to her father and sister to independent thinker made her surprisingly enjoyable. I know a lot of other readers will love Bishop but something about him never quite worked for me. While he'll never be my book boyfriend I liked the chemistry between he and Ivy, it was a little frosty at first and moved along in a way that was very organic. Unlike many YA options in the genre this isn't a case of star-crossed instant love which was very refreshing!

The overall world's complexities in some ways reminded me of WITHER or THE FOREST OF HANDS AND TEETH and while I didn't quite get floored by the story I liked it enough to read the next book (I believe this is going to be a trilogy). The cliff-hanger ending, however, is sure to polarize readers! I loved it but if you're not a fan you might want to buy this and then wait to read it until the next story is available.

Thanks for the heads up re: cliffhanger! I've had this on my list forever but I hate to throw my Kindle when I get mad at a book. ;-)