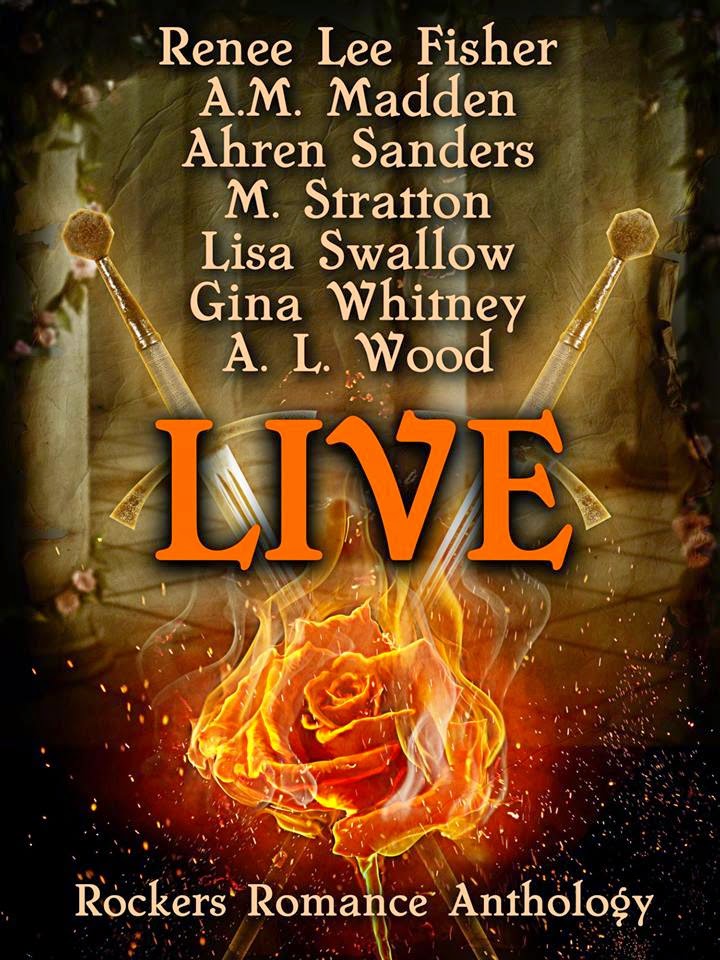 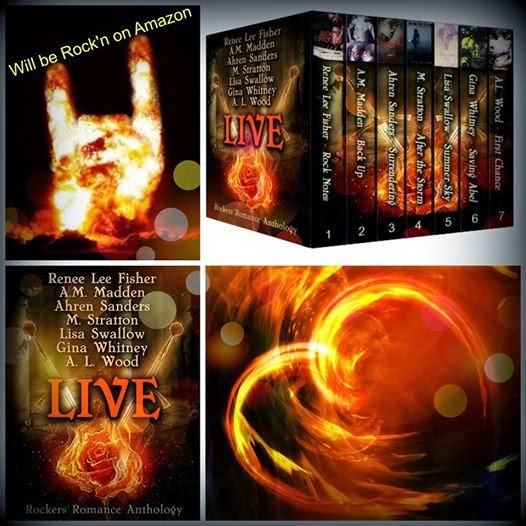 
Madison Tierney's a writer, whose husband, Thomas suddenly left her after 10 years; she is destroyed and now recently alone and divorced. She picks herself up slowly trying to restore her lost confidence and ability to love again. She follows her writing passion and ventures to follow a local band - Rolling Isaac's and write about them, raw and real and how they follow their dreams. Her book is titled ROCK NOTES.

Her ex-husband wants to come back, and she is torn with what she had for ten years with him which was safe, comforting and a committed relationship. And now she is falling hard for the band singer - Max Rand (Madison calls him Rand), who is several years younger than her and every moment with him is intense and unpredictable.

Rand has tragically lost love in his life. He has no love left to give. He fills his time with many groupies and late nights. The story travels you to various concert venues, from a sexy piercing party to a New Years rocking eve. There are many interruptions and assumptions for this couple along their journey.

While Madison is writing ROCK NOTES, somewhere along the way she begins to write LOVE NOTES, which are personal secret love letters for Rand. Also Rand is always writing music with the hope of creating his first solo album. Both Madison and Rand appear to be able to write their feelings on paper effortlessly but have a hard time conveying them to one another.

This story is about being so broken inside from having your heart ripped apart, to attempting to rebuild trust, follow your dreams and hopefully find love. Will she return to the warm awaiting arms of her ex-husband who still is in love with her? Or will there be a new beginning for Madison and Rand?

Can these two empty souls feel love again? Or will what ignites between them simply fade away after the concert lights dim?

Back Up- A.M Madden
Synopsis:
Leila Marino’s biggest dream is to become a rock star. A lucky opportunity has her auditioning with an up & coming rock band named Devil’s Lair. The band hires Leila as their back-up singer, signing her up for months in the studio and touring on the road with the sexy bunch.

Jack is the quintessential rock star…gorgeous…sexy…a walking orgasm. Jack Lair is the lead singer of Devil’s Lair and his dreams are becoming reality as his band climbs the ladder of success. He’s living the perfect life, and enjoying every minute of it. With a steady stream of sexual conquests that satisfies his raging libido, he thinks he has all he needs in life…until Leila enters it.

Jack is not prepared for the sudden pull he feels towards Leila, and struggles daily to deny his attraction is anything more. Leila finds falling for her new boss is constant torment. Both convince themselves friendship is their only option. 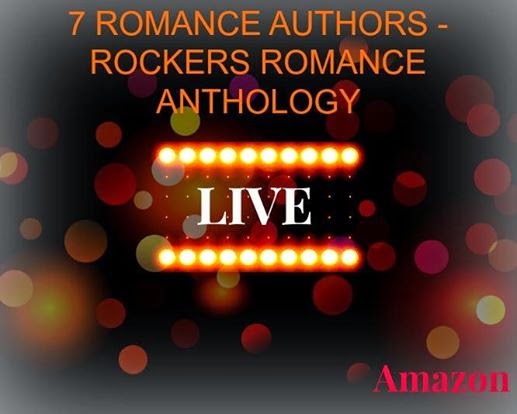 Ravenel Hayes is a perfect daughter, a loving sister, a loyal friend, and an excellent student. Returning home to complete her MBA and be closer to her family, she has her future all mapped out. That is until her path leads her straight into Declan Collins. The dark haired, tattooed singer with a sinful body is a distraction, one that’s way out of her league. He wasn’t part of her plan. But now that he’s literally knocking on her door, how can she avoid him?


Declan Collins lives life to the edge. His only emotional attachments are to his family and his band. He’s your typical bad-boy, lead singer who lives with no regrets. “Hook-up and head-out” is his motto. His ultimate goal is to take his band all the way to the top, or so it was. When he runs into Raven, she stirs up emotions in him that he had never thought possible. From their very first meeting, there’s no denying the chemistry between them. He’s not a relationship guy, but can she change his playboy ways?
Jealousy, anger, stalkers, and fame and fortune threaten to tear these two apart. Will surrendering to their love get them through the challenges that await them? Or will it tear them apart?

*Due to graphic language and explicit sexual situations, this book is recommended for readers 18+. 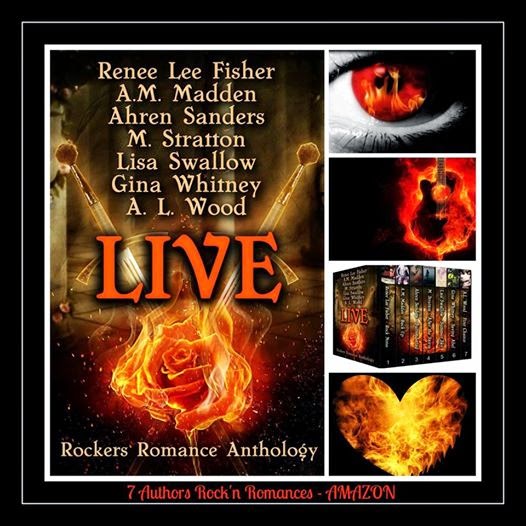 After The Storm- M. Stratton


Alexia “Lexi” Hanson moved across country and rebuilt her life after the attack that could have destroyed her. She enjoys her simple life in the beach cottage. Life was complete in her eyes.


Noah Matthews is Rock & Roll’s hottest star and on top of the world. After years without a break he finds the solitude he craves at his beach house. Enjoying his early morning coffee


Noah was surprised to watch his neighbor sneak into his garden and start crawling around.

They never saw what was coming that fateful morning. Someone else was watching them. Someone who thought she belonged to him and would stop at nothing to have her.


Lives are changed forever when they meet amongst the blooms in his garden. Even when things seem darkest, there is always light After the Storm. 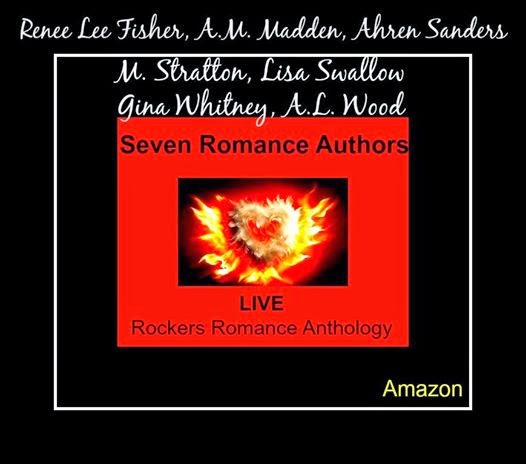 Summer Sky- Lisa Swallow
synopsis:﻿
Sky changed her life for a man once, and she has no intention of doing it again - even if he is a six-foot, tattooed rock god who makes a mean bacon sandwich.

Sky Davis is fed up with boyfriend Grant taking her for granted, and when she comes home to find him wearing a girl, Sky suspects the relationship is over. She takes an unscheduled holiday and leaves the life (and guy) she hates behind.

Rock star Dylan Morgan is struggling with fame and infamy, sick of his life being controlled by other people. Dylan cuts his hair and walks away from his role as lead singer of Blue Phoenix, leaving behind chaos and speculation.

Outside the English seaside town of Broadbeach, their cars and worlds collide.

Sky decides Dylan is an arrogant guy with too many tattoos, and Dylan is amused by the smart-mouthed girl with no idea who he is. Dylan and Sky soon discover they’ve travelled to Broadbeach for the same reason - to escape from reality and head back to a place with happy childhood memories. Losing themselves in a world where they know nothing about each other, Sky and Dylan begin a summer romance that soon heats up their rainy English summer.

Fantasies can’t last forever, and when reality crashes the party, Sky isn’t sure she wants to be more than his ‘summer Sky’ but Dylan doesn’t want to let her go.

Returning to the real world, public scrutiny isn’t their only problem. Blue Phoenix lead guitar player, Jem Jones, has a reason for wanting Sky out of Dylan’s life, and is determined to come between them. Some things won’t stay hidden, even when they’re paid to ‘go away’. 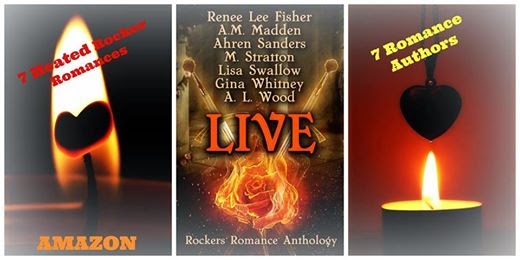 
Abel Gunner, the lead singer of the band Lethal Abel, is what beautiful nightmares are made of. His gritty, melodic rasp threatens to rip your heart out of your chest and leave you gasping for the very breath he robbed you of. His kisses, detonating on impact, leave you ruined. Abel is also a Dom, and his appetite for seduction is legendary and intense. After a chance encounter with Gia, his need to dominate this woman increases tenfold. He wants to consume her, merge with her, and never leave her body.
Abel's emerald eyes touch the deepest part of Gia's soul in a way that terrifies her. She fears he can see her secret. Lies, guilt, and betrayal lay beneath her skin, and she's terrified of being exposed. How will Gia ever begin to explain? She doesn't believe she's worthy of him, and her greatest fear is that her carefully guarded heart will be shattered. However, she finds herself unable to deny this rogue tattooed rocker whose kisses just might ruin her.
Social Media Links 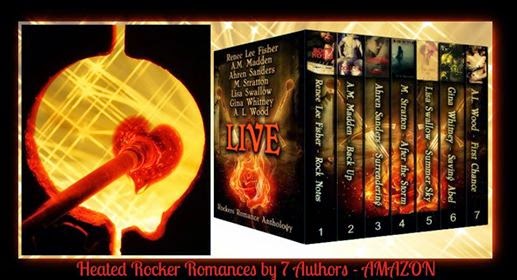 First Chance- A.L Wood
Synopsis:
A college student Natalie Wright. She hasn't had it easy for years, emotionally.
Her one safe haven is music. Soul breaking, body quaking, lyrics sung in such a voice the emotions are conveyed onto you.
Enter Ryan "Steele" Hurst, a chart topping lead singer in the rock band "Steele's Army".
The bands songs are about cheapening the meaning of love. They project the bad-boy image.
Can these two polar opposites coincide with each other on a summer tour making it out unscathed?
﻿
Social Media Links