Book Blast: RETURN TO ME by Melissa MacKinnon [Excerpt + giveaway!]

Return to Me
by Melissa MacKinnon 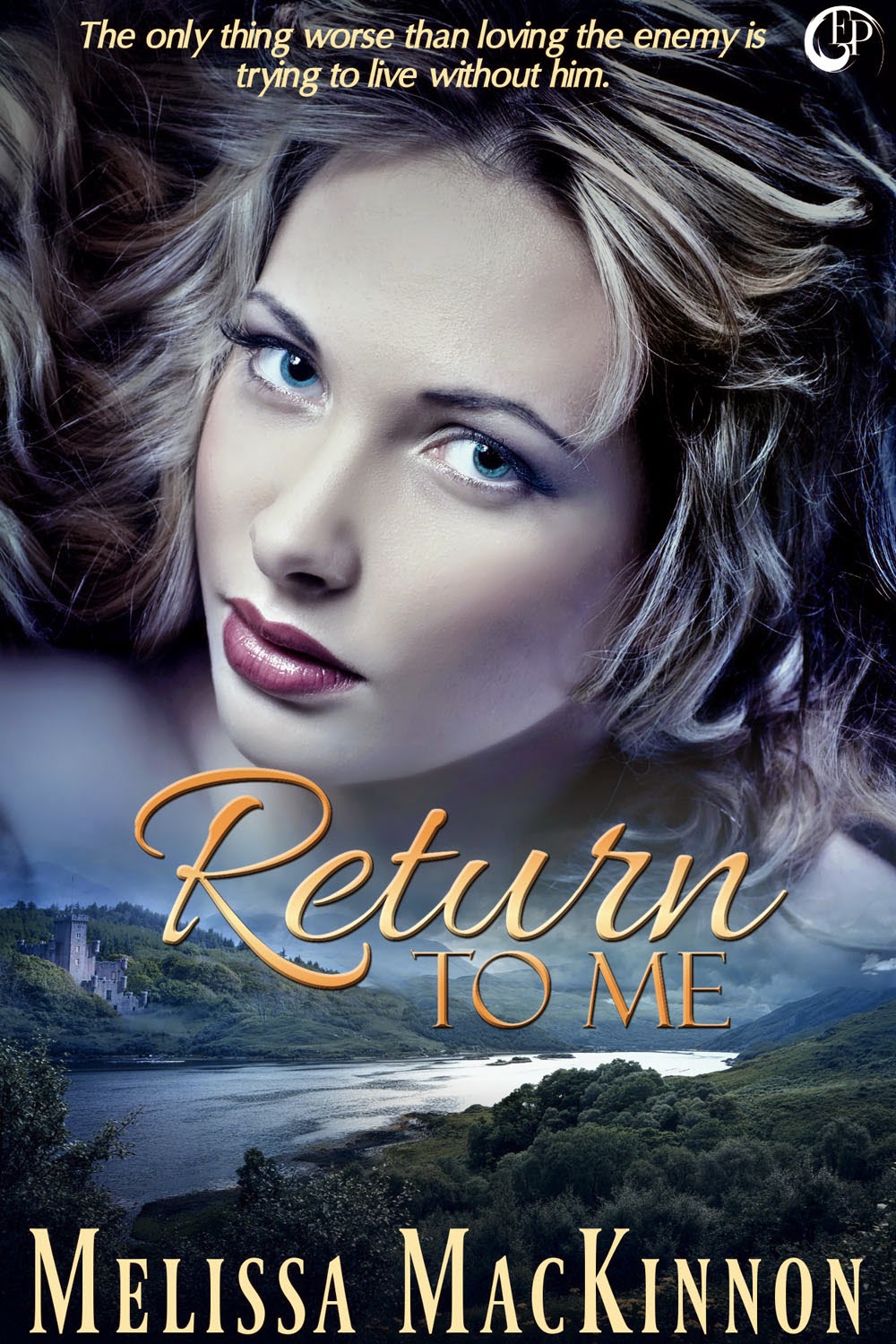 Archaean bounty hunter Marek Coinnich isn't particularly fond of Engels. In fact, he prefers them dead. But to save his injured brother, he must enter the manor of an Engel enemy. Marek finds himself enthralled by the slave girl nursing his brother back to health. When his enchantment with her lands them in a compromising position, he refuses to let the young beauty pay for the misunderstanding with her life.

Brynn of Galhaven prefers to keep to the shadows. When she is ruined by an outsider, she barely escapes with her life and finds herself left alone in an unforgiving land. Through her struggles to survive, Brynn discovers a world she never imagined and never forgets the enemy Archaean who stole her heart.

Marek can’t deny his desire for Brynn, but these are wartimes, and she is the enemy. And though love knows no prejudice, the world in which he lives isn’t nearly as forgiving.

Three black ravens circled above her, eagerly awaiting her death.

Crimson spilled from her nose and mouth, cascading to the powdery blanket of snow below. It pooled around her toes, congealing into pale red clumps on her boots and carelessly staining the front of her pretty gown. Her breath crystallized in the air before her, but yet, she felt no cold.

A great sense of foreboding overtook her body then, paining her insides, and she reached up toward the ravens, searching the heavens for strength. She had been there before. She paused to twirl her palm in the air and watched it intensely as it slowly rotated. It felt disjointed from her body, as if it didn’t belong to her. She felt no immediate pain from the deep laceration on her palm. She gaped at the gash as it wept bloody tears — watched as they dripped in steady rhythmic beats to the perfect white earth.

There were others surrounding her — faceless, lifeless beings standing where hearts once beat to the tune of life. Blood trickled from their burning eyes and spouted from their fingers as if some strange death spell had been cast over their unmoving bodies. It kept them erect but frozen in time as swirls of white and crimson danced around their corpses in victory.

Had she caused this?

No, the death swirl surrounded her as well.

Melissa grew up surrounded by dragons, fearsome creatures, and damsels in distress from the wonderful world of make believe. She soon found her ideas on paper, littering her desk with world maps and character biographies. Study hall was used not for homework but for writing. Although she pursued a career in theater, the written word never left her. Melissa now leads a full life with her husband and children (five amazingly adorable clones to be exact), though she still finds time to write in her “spare time”. She sports a Military Wife badge of honor, and is lucky enough to have her own knight in camo armor.

Melissa enjoys writing everything from sexy, sword-toting heroes to spit-out-your coffee funny romantic comedies. Her passion lies within the ancient walls of fantasy and historical romance, where anything is possible.

Thank you so much for hosting me today! <3

Thanks for introducing me to Melissa MacKinnon!. Her book sounds very interesting.