Book Blast: A GENTLEMAN AND A ROGUE by Stephanie Burkhart [Excerpt + giveaway!]

This post is part of a virtual book tour organized by Goddess Fish Promotions. Stephanie will be awarding $25 GC to Amazon to a randomly drawn winner via the rafflecopter at the end of this post during the tour. Click on the banner to visit other stops on this tour. 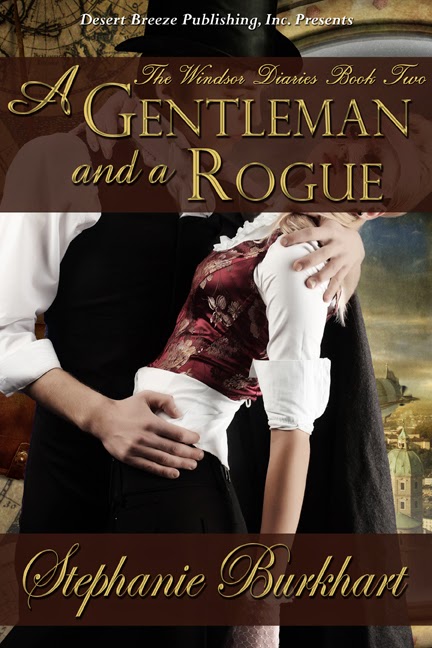 Edmund of Wales is from the future. His last jaunt through history muffed up the time line. Now, he's here to set it straight and win Keira's heart.

For Keira, if it isn't one obstacle, it's another. Queen Victoria has sponsored a competition to find a cleaner fuel source than coal. Keira's father is trying to build a windmill and the Ridgecrofts are working with gasoline. Then there's Edmund, whose sensual kisses and heated stares distract her down to her bones.

Keira has a choice: trust Edmund's notorious mischief-making or put her faith in Queen Victoria to make the right decision, but if Keira makes the wrong choice, the future of Great Britain will be changed forever.

BUY LINKS FOR A GENTLEMAN AND A ROGUE:
Publisher's Website | All Romance Ebooks | Barnes and Noble

Richard pursed his lips. "All right, then. I have orders to take you, Alice, Grayson, and Jonas back immediately."

"That ought to be fun -- especially Jonas. He's helping Keira's father build a windmill." "Petrol and electricity are the future."

Edmund grimaced. "No, they aren't. Alice and I tried to tell you -- Keira's compressed natural gas powers our future." His voice filled with conviction.

"Ever since we were children--"

"History changed when Grayson came with Alice. He's here to fix it now."

Keira held up her hands. "Now, boys, let's not raise our voices. I have a feeling you've had this conversation before and came to no resolution."

Edmund glared at his brother. "I'm not leaving. Alice and I have every intention of setting history straight."

"Besides, the only way to get back to the future is for us to warm our coin necklaces in our hands. You can't do that for us."

"Ever heard of an override switch?"

"No." Edmund's eyes narrowed. He didn't like the sound of that.

"Professor Byron gave me one."

A sinking feeling descended into the pit of his stomach. "What other tricks do you have up your sleeve?"

Exasperated, Edmund raked a hand through his hair. "Think this through, Richard. No, better yet -- listen to your instincts."

"I had an interesting conversation about instincts today with Jocelyn."

Keira tilted her head slightly, a curious expression crossing her face. "Do you know Jocelyn well?"

"I'm staying with the Dunkirks."

"I can't imagine Lord Ridgecroft meeting the suitable test with his goggles and cigars," said Edmund.

"Actually, I find Jocelyn and her father very refreshing."

"So, Richard, what are you going to do?" Edmund asked. 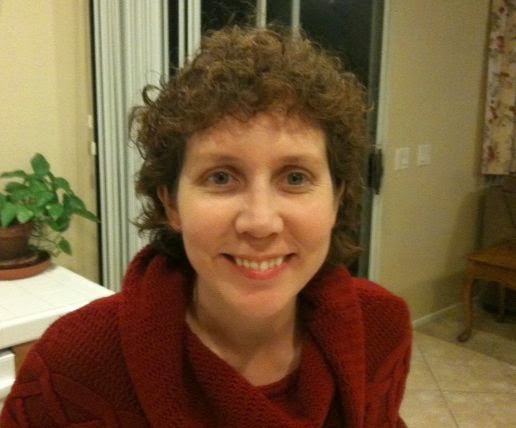 Stephanie Burkhart is a 911 dispatcher for LAPD. She was born and raised in Manchester, New Hampshire. She served 11 years in the US Army and currently calls Castaic, California her home. Stephanie was married in Denmark in 1991 and has two young sons. She adores chocolate and is addicted to coffee. She writes paranormal, contemporary, and steampunk romance and has two children's books published with 4RV Publishing.

a Rafflecopter giveaway
Posted by Rhianna at 9/04/2014

Thank you so much for having me here today. :) "A Gentleman and a Rogue" involves time traveling so I have to ask, if you could travel through time, what historical figure would you like to visit? I'd love to hear your thoughts.