Blue Brennan, the main character of my debut novel, The Blue Effect, has the ability to control time and space. She can freeze time, jump from one moment in time to another, and because, according to Einstein’s Theory of Relativity, the two are related, she can jump through space as well.
I took some artistic license with the concepts, of course, but I find it exciting that a person could do those kinds of things. I tried to create a vague science behind it, one that I will continue to expand on in the books that follow.
It’s a powerful ability to have, and in the wrong hands, could be very dangerous. Think of the often argued ethical debate: If you could go back in time and kill Hitler, would you?
Which brings me to the topic of this blog post: If I had Blue’s abilities, what would I use them for? 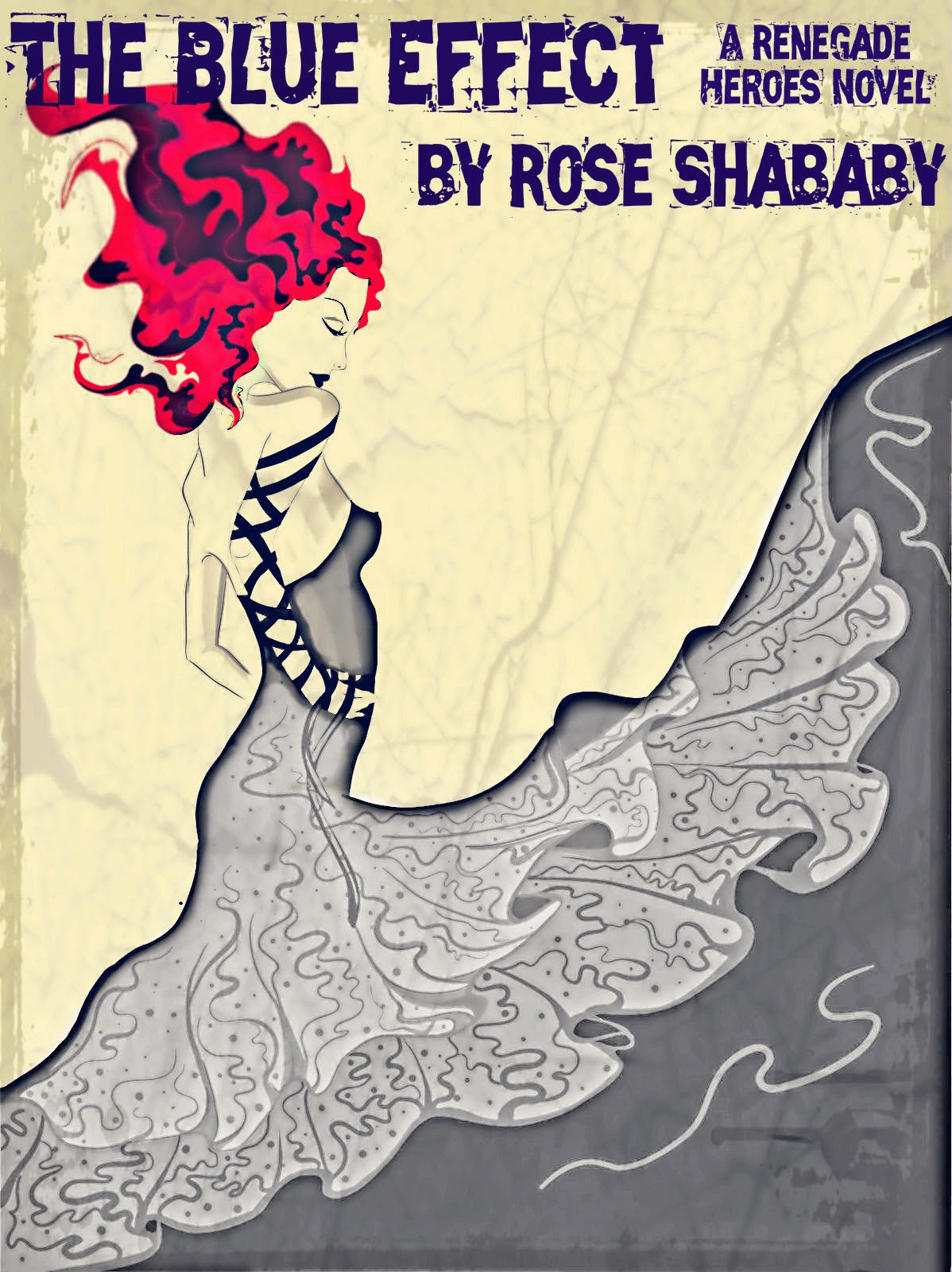 The answer is, I have no idea!
The options are endless, aren’t they?
I could try to do something meaningful to affect the world in a positive way. But how? We could come back to the “kill Hitler” quandary and just do it, but if you research this subject you’ll find a whole host of reasons why it’s a bad idea. I’m reminded of a great little indie flick called The Last Supper. The main characters pose the question to a political pundit who responds, “No, first I'd challenge his ideas and try to get him to see the better way.” It seems there are just too many variables attached to committing an act of such magnitude, so I would have to decide against using my abilities in this way. Bummer.
What if I went back in time and prevented ME from committing one of my own, personal major screw-ups? I mean, that wouldn’t affect anyone but me, right? Unfortunately, that presumes my actions don’t affect anyone but myself. It also means that the entire course of my life would be radically altered, and who knows if it would be better? Think The Butterfly Effect. That option is out too.
Which leads me to believe that I just can’t use such an ability to alter the timeline (thank you Star Trek for introducing me to the Temporal Prime Directive). There are just too many uncertainties.
Fortunately, we’re still left with Blue’s ability to jump through space, which I would definitely take advantage of.
Imagine, you look at a picture of the beaches in Sardinia, Italy where the waters are so clear, boats appear to float on nothing, then you close your eyes and bam! You’re there!
Or how about the ancient city of Machu Picchu?
What about Paris? You’ve always dreamed of seeing the sights for yourself.
Imagine, in the blink of an eye you could be anywhere in the world, just by looking at an image. No travel expenses, no jet-lag. Take a quick weekend in Amsterdam, stay at a little European B&B for a night, pop over to Norway for a night or two.
I’d be the most well-travelled middle-class American you’d ever meet, fulfilling a life-long dream to boot.
I must, however, admit to being curious about one thing. What would you, the reader, do if you had Blue’s abilities? 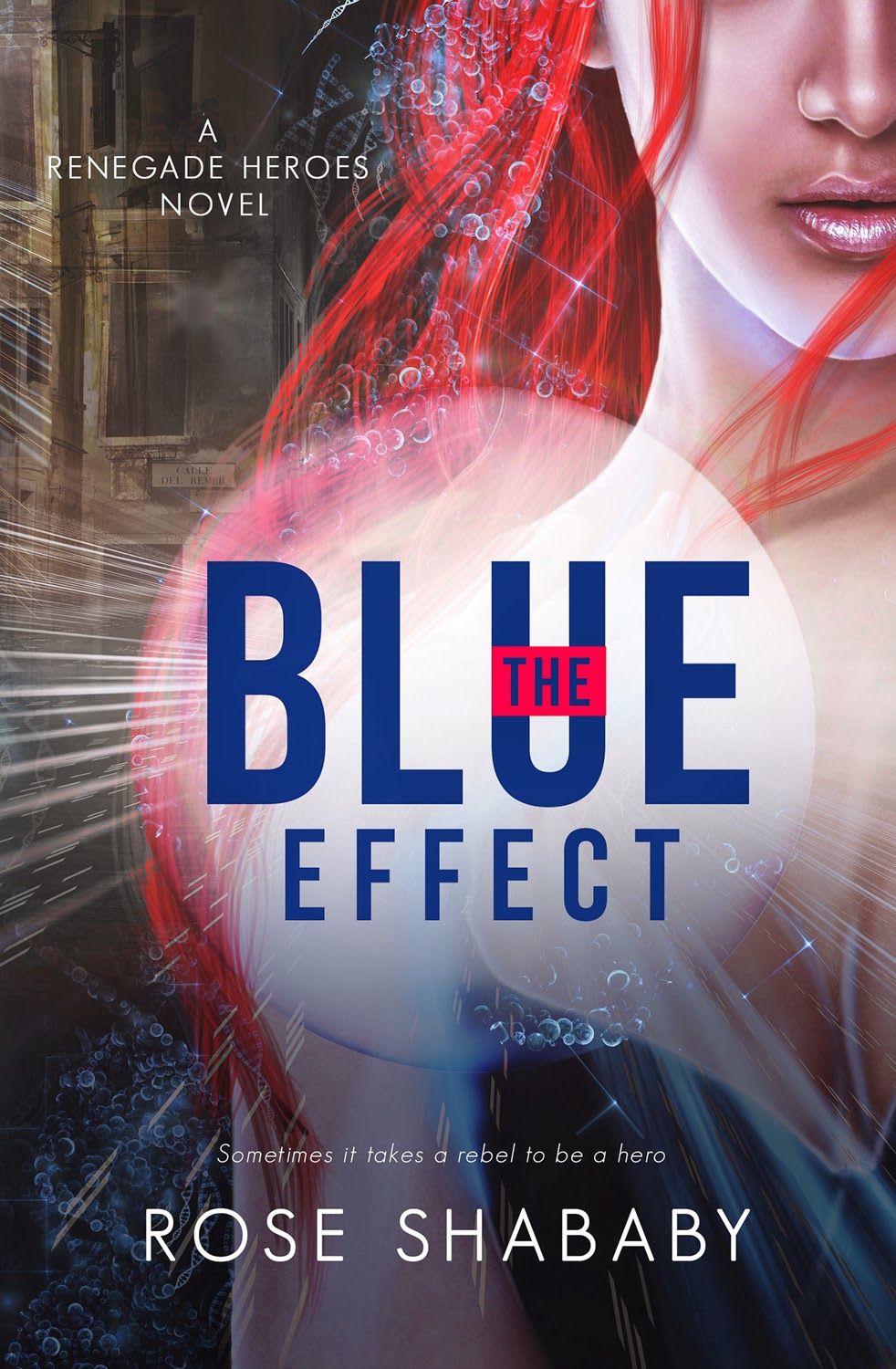 Blue Brennan is jaded and bitter despite her pinup girl looks and quick wit. Night after night, she scours the Seattle club scene looking for someone or something to fill the emptiness inside.

When she meets the mysterious Kasey, her world stops… literally. He claims she has the ability to control time and stuns her even further when he reveals his own gifts.

Blue is inexplicably drawn to Kasey and reluctantly enters his world filled with a new breed of humanity. They’re misfits like her, blessed or cursed with powerful abilities, struggling to hide their differences from the rest of society.

Then the group discovers a nameless, faceless sociopath with nightmarish powers; and he’s coming for Blue. She’s left reeling when they discover her gifts are the key to defeating his terrible evil and saving them all.

Now she must race against the clock to harness her own powers and save her new friends. Can she be more than a renegade? Can she be a hero too?

He held out his free hand and I reached for it without thinking. Taking the hand of this stranger seemed like the most natural thing in the world.

Our fingers touched and my skin came alive. I felt a surge of electricity as some sort of energy shot from his hand into mine, running through my whole body and back to his like an endless circuit. I couldn’t stifle the gasp that broke through my lips. I stared at him, my vision narrowing until his face and eyes and smile were the only things I could see.

The energy between us exploded outward like a wave into the crowd, through the people and everything around me stopped. The music ended like a switch had been flipped, the people froze mid-step and even the air around me seemed to stop moving.

Rose Shababy and her family reside in eastern Washington State. Rose grew up in the Northwest but swears she’s going to move to warmer climates someday. She’s claimed this for over 20 years, however, and has yet to move more than 75 miles away from her mother.

Rose has a deep love of all things Star Trek and yearns to travel the heavens, as well as an intense desire to be bitten by a radioactive spider. Unfortunately she sucks at science and math so she hasn’t been able bring her dreams to life, instead living vicariously through books, comics, television and film. She hopes to someday make a million dollars so she can afford to buy her way to the international space station, but she’d settle for being able to fly around the world and leap tall buildings in a single bound.

Rose also loves to cook and worked for years in a gourmet Italian grocery and deli where she learned to hone her skills. She prepares culinary masterpieces for her family, but fervently wishes the dishes would wash themselves. Especially now that her dishwashers/children are nearly grown and only one still lives at home.

Rose likes to use her free time wisely. For instance, she likes to daydream, will often read for hours until she falls asleep on the couch with an electric blanket and a warm tabby cat curled up on her hip, as well as spending cozy weekend days watching Syfy movies like Sharknado and Mega Piranha with her husband.

If Rose were a cartoon animal, she’d prefer to be a wise old owl or a sleek and sexy jaguar, but in reality she’d probably be a myopic mole with coke-bottle glasses.

a Rafflecopter giveaway
Posted by Rhianna at 9/03/2014

I have to admit that I normally don't read this genre. That being said, I did enjoy reading the synopsis and excerpt for The Blue Effect. And, I am definitely looking forward to party next week.

Many thanks,
Ginger Robertson aka robertsonreads

I liked the snippet of the story. Its great to see what the book is about and hear some stuff from the authors point of view.

Thanks for dropping by everyone!

Thank you for hosting! It's so nice to hear all the positive feedback!

Nice excerpt, thanks for sharing.