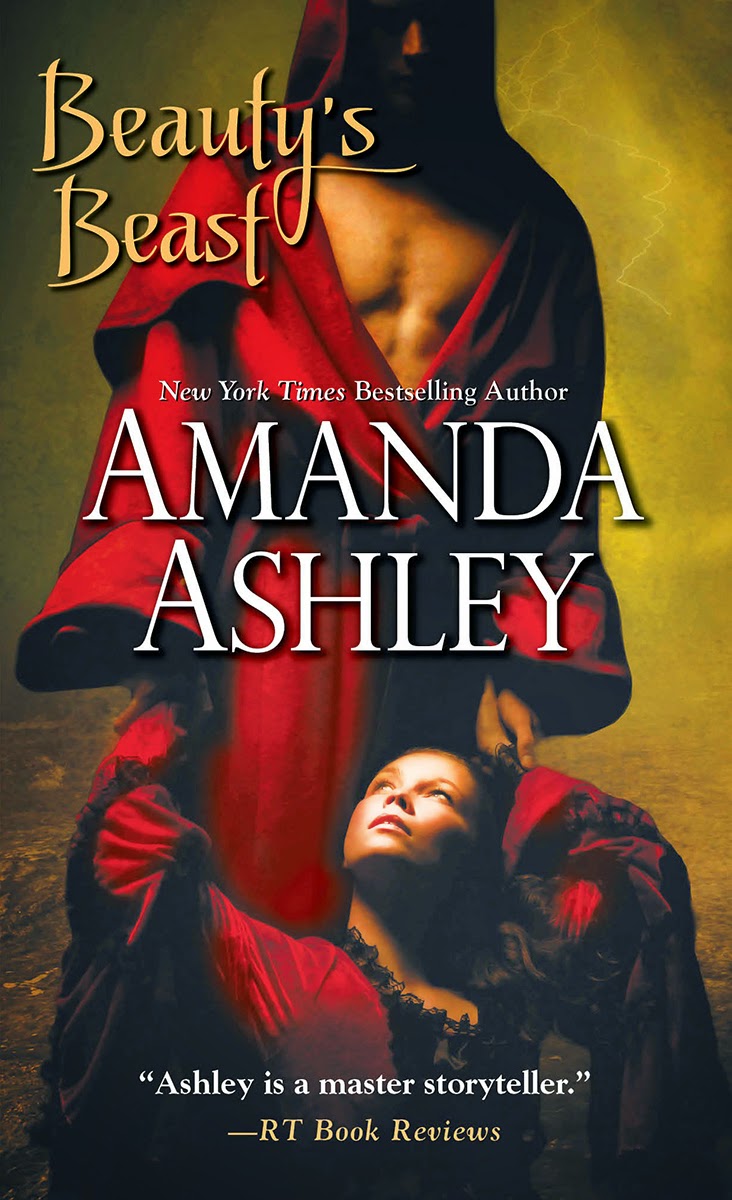 Fair of face and figure, Kristine is young, innocent, pure. Yet she has been condemned to the gallows for killing a man. The only one who can save her is a lord so infamous that some say he is the son of the Devil himself…

Erik Trevayne is called the Demon Lord of Hawksbridge Castle, but few know of the curse he lives under. Or the terrifying changes slowly gnawing away at his humanity. When he weds her, all he wants of Kristine is a son. But when he beds her, a wild hope is born—that love that can tame even the most monstrous of beasts...

More a historical reimagining than a retelling... (3 Stars)
Condemned to hang for murdering a man, Kristine is shocked to find herself whisked away to marry the mysterious Lord Trevayne instead of to the gallows. But the mystery of her new husband lays beyond his mask and his only reason for marrying her... to beget an heir to Hawksbridge Castle. Beyond the mask Erik Trevayne is a man haunted by grief and losing his humanity to a curse. In Kristine he finds a new hope but at the cost of facing his past.

I'm a total sucker for beauty and the beast reimaginings so I was quite eager to see what Ashley could bring to the story. I was quickly sucked into Kristine's world but just as quickly frustrated by it. I don't want to spoil anything but this is definitely one of those books that I quickly felt was written for a different audience, an older audience who cut their romance novel teeth on the 'forced seduction' historicals of the 70's and 80's. Call me a prude but I just found the physical relationship between Kristine—who is only 17—and her new husband to be really not my cup of tea. That said, I actually liked them as characters and outside of the initial not-quite-buying-this-as-consensual start of their relationship the blossoming of their love and growth of it is really sweet and enjoyable.

What wound up making this just an okay read for me was ultimately issues with the pacing. The plot drags on forever and ever with no end in sight. I really enjoyed the villain and just how truly classicly horrid she is. It certainly adds an element of hopelessness that makes the resolution of the story hard won and rewarding. The actual conclusion, however, was a bit silly and the timing in terms of where it falls in events left me expecting something a bit more grand.

While BEAUTY'S BEAST didn't quite light my fire I think it will very much appeal to historical romance readers who like the occasional element of fantasy.

(Notes: ARC received via NetGalley as part of this tour.)
Author Info

Amanda Ashley is one of those rare birds—a California native. She's lived in Southern California her whole life and, except for the earthquakes, she loves it. She shares a home with her husband, as well as an adorable Pomeranian named Lady, a wild house sparrow named Tweety, and a tortoise who remains nameless. Amanda and her alter ego, Madeline, have written 60 books. Not bad for someone who started writing just for the fun of it. Her books regularly appear on the New York Times and USA Today bestseller lists.

a Rafflecopter giveaway
Posted by Rhianna at 9/10/2014