Release Day: HARD TO HOLD ON TO by Laura Kaye [Excerpt + giveaway!]

Dear readers, if you haven't guessed by now... I love my "job". When I started RhiReading I didn't have a really specific goal in mind but it wasn't long before I realized that I wanted to be a mediary in your lives. I wanted to be a bridge between you and authors, to bring you to their work and their work to you. Somehow along the way I've managed to become acquainted with many authors beyond just what they write and I like them as the wonderful people they are.

One of those authors is Laura Kaye. She is so gifted as a writer but she's also one of the most kind and giving people I've had the pleasure of helping promote the work of. Which is why I'm extra happy to be celebrating her release day with her! Laura is donating the first two weeks' sales to an organization that helps REAL military heroes. So please, please, please go purchase a copy! And if you haven't started the series yet, give it a look, it's not a genre I tend to favor but I have loved it and can't wait to read this one. -- Rhi

Easy tugged down the covers and gestured for Jenna to get in. She chose the side that would allow her to lie on the uninjured side of her face.
“After what you’ve been through, I don’t want to do anything that makes you feel uncomfortable,” Easy said.
Propping herself on an elbow, Jenna shook her head. “You won’t. You’re the—” She blanched as if she hadn’t meant to say whatever she’d nearly said.
Which made Easy need to know. He crawled on the bed as if lured by the words. “Finish. That. Sentence.” 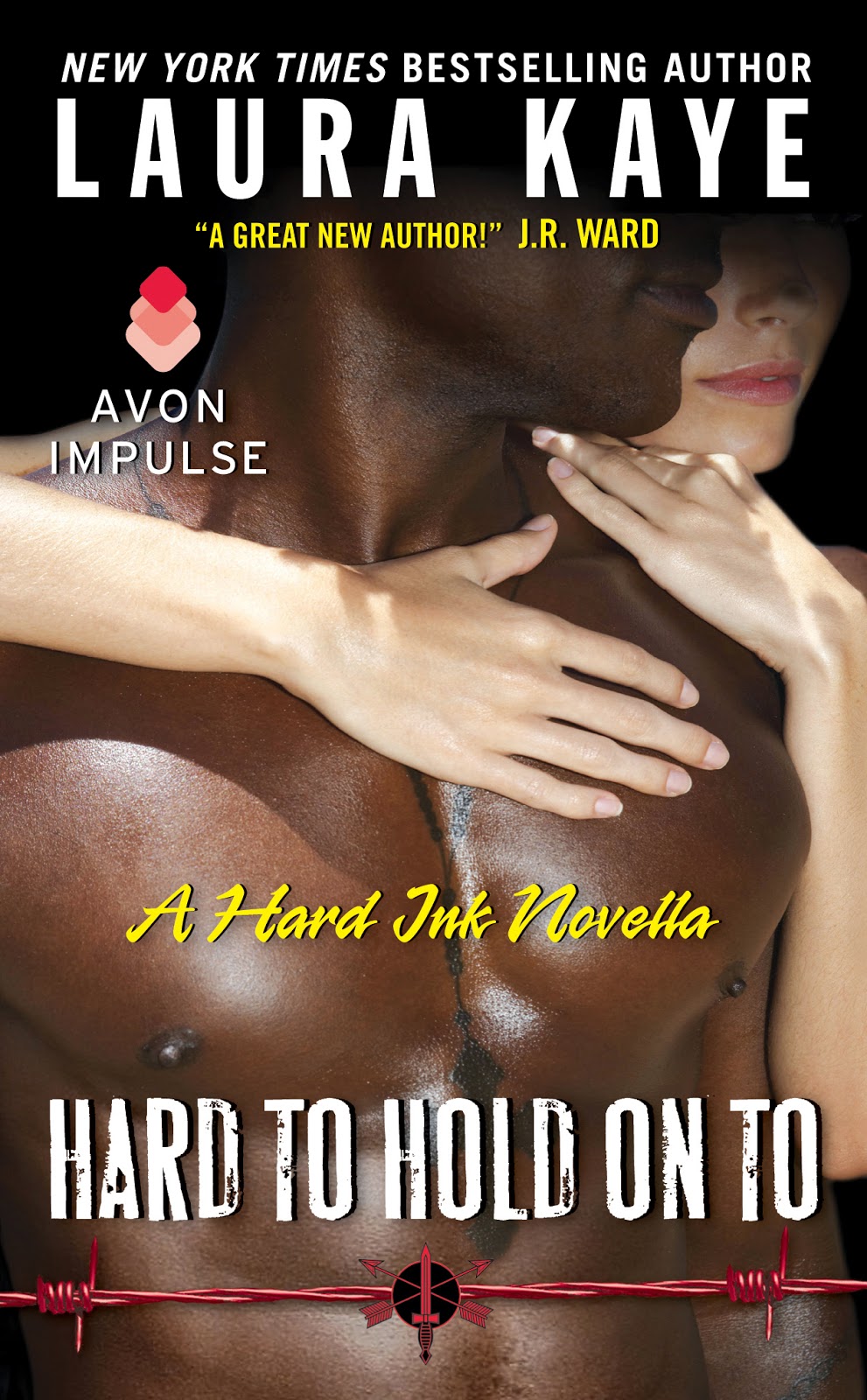 She eased back onto the pillow, red hair sprawling around her shoulders like silk, and stared up at him. And it took everything Easy had not to settle himself on top of her and tease the words out with his hands and tongue.
“The only one who makes me feel safe," she whispered.
Satisfaction humming through him, Easy turned and stretched out on his back. Because if he kept looking at her while she was looking at him like that, he might not be able to restrain himself from having what he wanted. A taste. A chance.
None of which she was in any shape for. And given the shitstorm in his head, probably neither was he.
“Good. That’s good,” he murmured, blowing out a long breath. Damn, he was tired. Not just because he hadn’t slept much the night before. But because of the size of the load he’d been shouldering for the past twelve-plus months. If he could only figure out how to put it down. He scrubbed his hands over his face, wishing he could shake himself out of this fucking slump.
If Rimes were here, he’d kick Easy’s ass for being such a morose motherfucker.
But he wasn’t here. Which was the damn problem in a nutshell.
He dropped his arms to the bed and peered over at Jenna.
She lay on her side facing him, hand tucked under her chin, not looking the least bit settled or relaxed.
“Whatchu need?”
“You.” She spoke the word without any hesitation, any doubt, any seeming self-consciousness.
“Have me, Jenna. Whatever you want,” he said, his cock stirring no matter how hard he reined himself in.
Holding his gaze, she moved closer until her head rested on his shoulder and her body trapped his arm between them. And, suddenly, she wasn’t fucking close enough.
“Here,” he whispered, lifting his arm and inviting her closer. And damn if his heart didn’t soar when she fitted herself the rest of the way against him, her face against his throat, her breasts against his ribs, her leg curling up onto his thigh.
He wasn’t sure whose sigh was louder. All Easy knew was that this was the first time in more than a year he didn’t feel alone. Wrapping his arm around her, he couldn’t resist squeezing her in just a little closer.
“Thank you,” she whispered, her breath ticklish against his neck.
He laced his fingers between hers where they rested on his chest. “I gotchu. You just close your eyes and know I’m here.”

About Hard To Hold On To:

Edward "Easy" Cantrell knows better than most the pain of not being able to save those he loves—which is why he is not going to let Jenna Dean out of his sight.  He may have just met her, but Jenna's the first person to make him feel alive since that devastating day in the desert more than a year ago.

Jenna has never met anyone like Easy. She can't describe how he makes her feel--and not just because he saved her life. No, the stirrings inside her reach far beyond gratitude.

As the pair are thrust together while chaos reigns around them, they both know one thing: the things in life most worth having are the hardest to hold on to.

Buy at Amazon | Amazon.ca | Amazon UK | B&N | iTunes | Kobo
Hard to Hold On To on Goodreads

Did you know Laura is donating the proceeds of all the sales from the first two weeks to a national non-profit that assists wounded veterans? 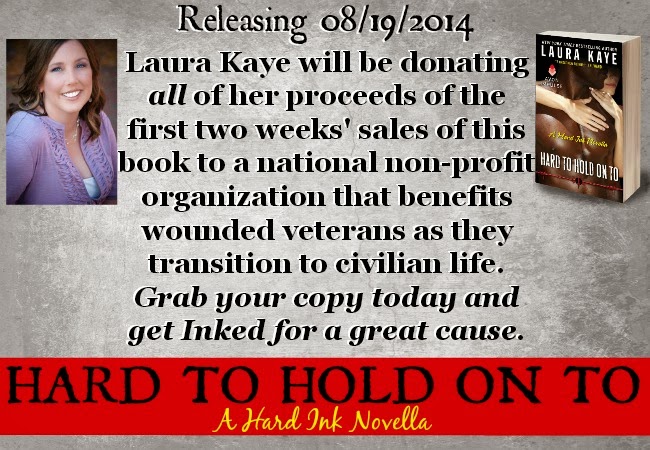 Praise for the Hard Ink Series:

For Hard As You Can:
"TOP PICK! There is a sinister and desperate edge to this tale that will keep readers glued to their seats. Kaye has dark romantic suspense nailed!" ~ RT Book Reviews Magazine

"Hard As You Can is another five star read. The characters Ms. Kaye has created are wonderfully broken and the drama is gritty, but the burgeoning romance and the tight-knitted relationship of the team leaves you with a sense of redemption. A must read series!" ~San Francisco Book Review

For Hard As It Gets:
"Edgy, sexy and full of suspense!  A great read from a great new author!" ~ #1 NYT Bestselling Author J.R. Ward
"Sizzling romance... The intriguing tattoo parlor and military background will appeal to fans of Suzanne Brockmann and Lindsay McKenna." ~Publishers Weekly Review

"Kaye's depiction of sexual tension and her sex scenes are masterful and this will appeal to fans of Maya Banks' KGI and Julia Ann Walker's Black Knight's series." ~Booklist 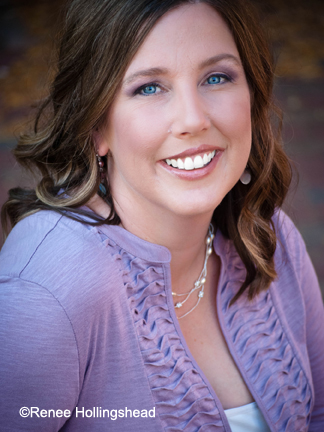 Laura is the New York Times and USA Today bestselling author of over a dozen books in contemporary and paranormal romance. Growing up, Laura’s large extended family believed in the supernatural, and family lore involving angels, ghosts, and evil-eye curses cemented in Laura a life-long fascination with storytelling and all things paranormal. She lives in Maryland with her husband, two daughters, and cute-but-bad dog, and appreciates her view of the Chesapeake Bay every day.

a Rafflecopter giveaway
Posted by Rhianna at 8/19/2014