This post is part of a tour organized by Goddess Fish Promotions.

Rie will award a Carolina Bad Boys swag pack including an ARC of Stone to a randomly drawn winner during the tour via the rafflecopter at the end of this post (International winner).

Check out this gorgeous cover and find out more about the upcoming release: 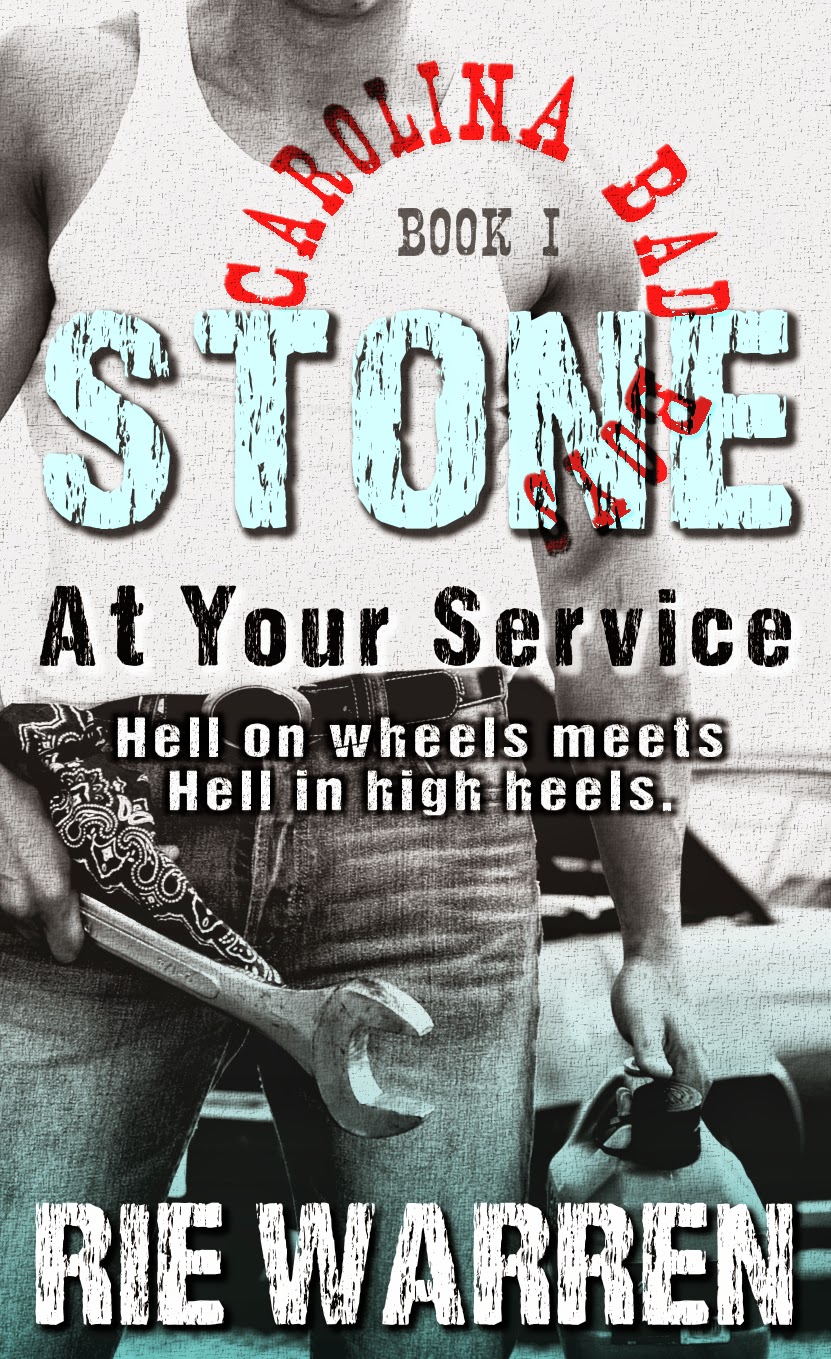 And here's what the story is about!

One bad boy mechanic, one sexy romance writer, and an impossible situation. Hell on wheels? More like hell in high heels.

Bad boy mechanic Josh Stone likes to get his hands dirty any way he can—the filthier, the better. Ever since his wife walked out on him and their young son, he’s only had room in his heart for two loves: the kid and cars.

Roped into playing his best buddy’s gay boyfriend during a romance writers convention, the player meets the girl who’s gonna rock his world. Leelee Songchild. Shy, bashful, beautiful Leelee who blushes at the drop of a hat yet writes hardcore smut to rival Josh’s backlist of Penthouse Forum.

The only problem is his hands are tied. Josh can’t stab his old friend/fake lover in the back even though all he wants to do is take luscious Leelee to bed, and maybe, love her. When the truth comes out, all hell breaks loose. Too bad romance is just for books.


How about a sneak peek to whet your appetite?

Leelee. Holy. Jesus. Christ. Why is she doin’ this to me?

“What the hell are you wearin’?” I asked before my mouth caught up with my brain.

“Oh! I don’t usually dress like this. It’s for the convention.” Peering down at herself, she smoothed one hand along her hip and angled her ankle behind her.

She continued talking, but I was done listening because every ounce of my attention was aimed at the disarming display—disarming display? I need to stop readin’ Nicky’s shit—of . . . hotness in front of me. This dress was going into the Handjob Hall of Fame. V-neck, off the shoulder, down to mid-thigh, rose-colored. Leelee’s hair was twisty and curly and perfect for grabbing while I rode her hard from behind. And the shoes on her feet should be outlawed in all fifty states for being unlawful very-fucking-hot violations. They were a deeper shade than her dress, spiky, and showing sexy toe cleavage.

Rie is the badass, sassafras author of Sugar Daddy and the Don’t Tell series–a breakthrough trilogy that crosses traditional publishing boundaries beginning with In His Command.

You can connect with Rie via the social media hangouts listed on her website https://www.riewarren.com. She is represented by Saritza Hernandez, Corvisiero Literary Agency.