Cover Reveal: IN HIS SHADOW by Tiffany Snow 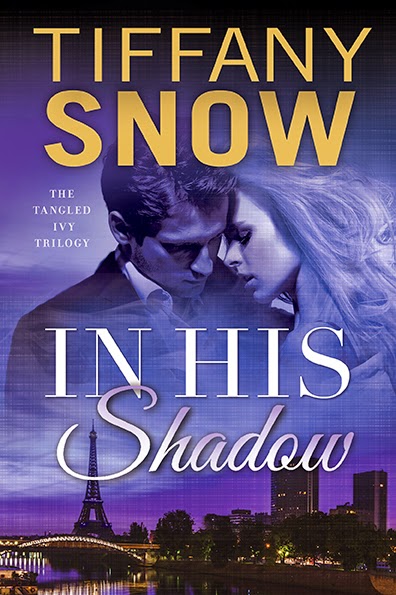 Ivy Mason is hiding—from her past, from herself, and from anyone who could love her. The only kind of love she’s ever known hurts, leaving scars on her body and soul. Now, her world may be boring and predictable, but that’s exactly what she wants. Until Devon Clay walks into her life. A lonely man in a deadly profession, Devon works as an agent for an underground British agency known only as the Shadow. Nothing about him is safe or ordinary. The danger that consumes his life turns into an addiction Ivy can’t resist...even if it proves fatal. As Ivy’s past begins to catch up with her, she wonders if love really is the twisted thing she’s always thought it was. Maybe it could be more with this man, who’s shown her that she doesn’t need to protect herself from everyone. Is what she feels for Devon worth the risk? He may save her heart or break it, if she manages to stay alive. 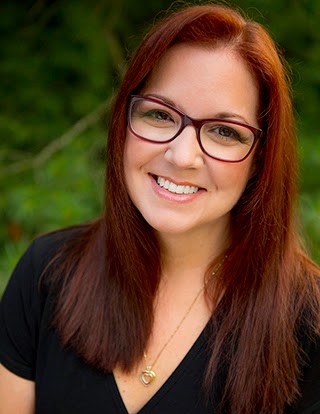 I love to write and am thrilled to be a part of the Amazon Montlake family. My debut novel, NO TURNING BACK, is the first book in The Kathleen Turner Series. I write about things I love to read myself - a heroine who could be a neighbor or best friend; two men who each portray their own version of darkness and light, each vying for her affection; and a story that focuses as much on the characters as it does the suspense. NO TURNING BACK, TURN TO ME, TURNING POINT, OUT OF TURN and POINT OF NO RETURN currently comprise The Kathleen Turner Series. There is also a companion novel to NO TURNING BACK entitled TURN ON A DIME - BLANE'S TURN. TURN ON A DIME - KADE'S TURN releases August 25, 2014. My new series, The Tangled Ivy Trilogy starts with the release of IN HIS SHADOW, set to release December 16, 2014. As for me, I've been reading romance novels since I was way too young to read such things, have an unhealthy obsession for all things Doctor Who, prefer Pepsi to Coke and Absolut to both, think men who drink girly cocktails are wusses, have learned to never stop believing in my beloved St. Louis Cardinals, and can recite the entire scripts of When Harry Met Sally and Apollo 13. George Washington is cool, Bon Jovi still rocks the house, and Bruce Willis is the ultimate alpha-male hero. Most of all, romance never, ever gets old.

It seems like purple is today's go-to colour for cover reveals. Not that I'm complaining! I love the model's hair—why doesn't mine every look like that? ;) Have a great weekend, Rhianna!

I love that cover!!!