The floor felt wet and cold. I reached forward and touched something rough and slick. I opened my eyes. I was lying on cobblestones, and the rain poured from the night sky. I looked over my shoulder and saw the cloaked figure rushing toward me.
I scrambled from the sidewalk and lunged forward. If I could align my body upright, I could move. My feet were bare and I slipped on the stones the faster I ran. I turned the nearest corner between two houses. There was no way to quiet my breathing, so I tried to hold the breath in.
I hunched behind a fence gate and watched as the hooded creature passed me. I let go of the air burning in my lungs. I didn’t know where he was headed, but for now, I was out of his view and his reach.
“Ivy! Ivy!” My name was followed by a scream.
Oh my God. I peered from the side of my hiding spot. I knew that voice.
“Ivy!” He screamed my name again. “Run! Get out of here. Go!”
My heart sank and my stomach churned. Finn? The hooded man had Finn? I pushed off the gate and ran toward the screams, toward the darkness. It felt like my heart ripped in pieces, and my chest was being split with every breath. I couldn’t run fast enough to save him.
“Finn!” I yelled as I saw the cloaked man place a hood over Finn’s piercing blue eyes.
I sat up in bed. It was a dream. It was a dream. I tried to calm myself. “Illuminate,” I whispered between ragged breaths.
My chest was covered in perspiration. I peeled the sheet away, searching for cool air. Everything suddenly felt hot and suffocating.
The glowing orb bobbed in my hand. I looked down at Cooper, snoring in his bed. My dream had clearly not bothered him. I tried to laugh, but there wasn’t anything light about all of the darkness I had just experienced. I tried to sort through it. Was Finn in danger? Did he need me? Maybe I just replaced the usual Jack nightmares with Finn this time because of my grandmother’s journals. I wasn’t alert enough to psychoanalyze how the guys matched up in my head.
It was almost the same dream every time with subtle variations. None of it made sense, except that whatever was causing the dreams wasn’t finished with me. I was tired of the nightmares and the fear. I had done my best to listen to the cloaked man. I had Jack’s memory erased, I never shared my magic, but I hadn’t stopped the Foresight completely. It was time I faced it. Only, I didn’t know how.
I threw my legs over the side of the bed, knowing I wouldn’t be able to shake the dark feeling that the images of Finn in danger conjured if I didn’t do something about it. It was five, and earlier than I ever woke up, but I needed to start my trip sooner than planned. There had to be answers in Charleston. My grandmother was a Laurel. The man she was in love with had been a Guardian, and they were working on something together there that had to do with evil. If I ever needed answers, it was now. It was probably a long shot that any of it had to do with my nightmares, but deep down, I hoped they were connected. I needed good dreams again. 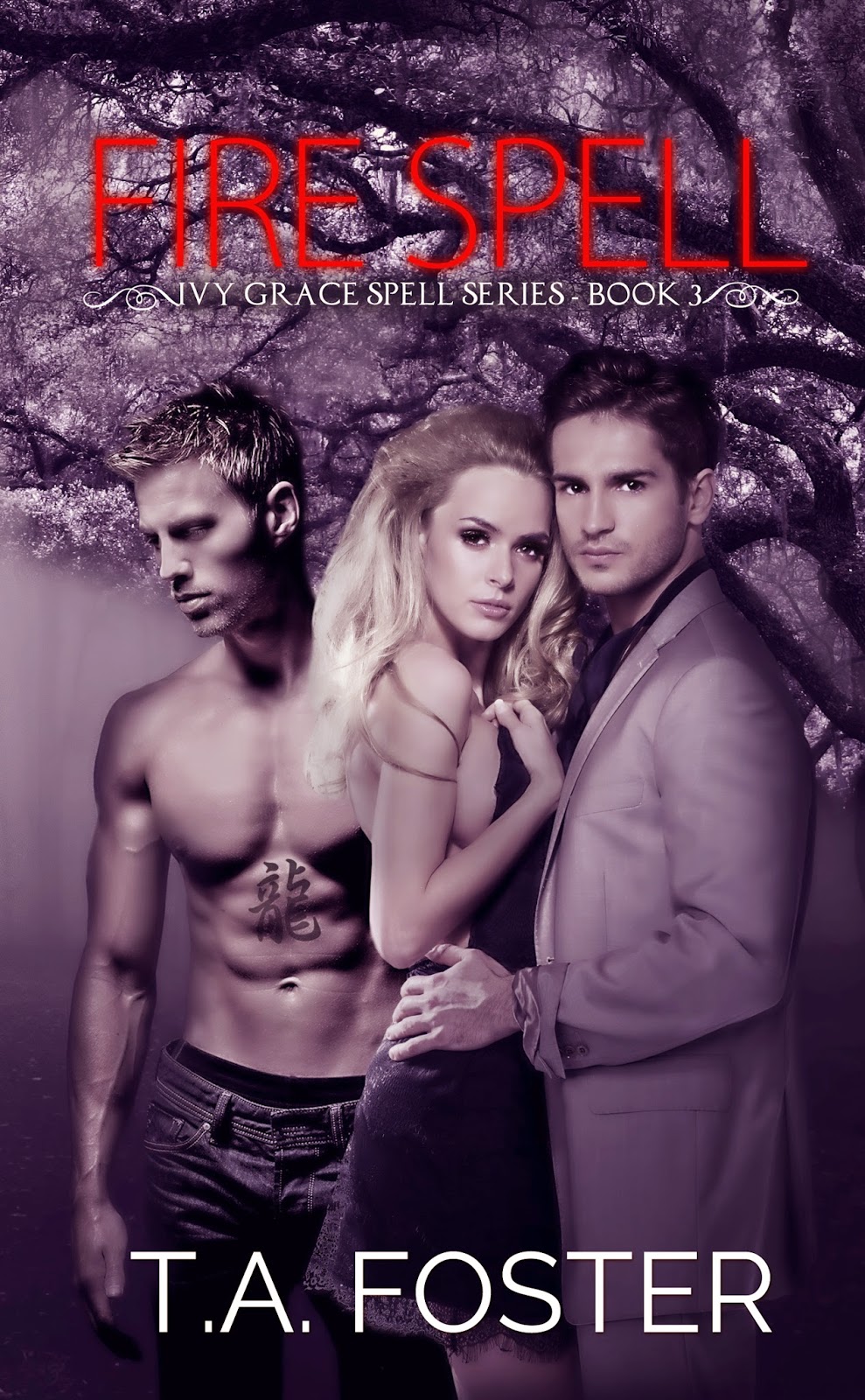 Ever since her trip to New Orleans, Ivy Grace’s life just hasn’t been the same. Her magic is stronger, her stories more popular than ever, but something is missing.

After she opens a forgotten inheritance from her grandmother, she learns the key to who she is and who should have her heart is in Charleston. She travels to the romantic city in search of answers, only this time everything she cherishes is at stake. Can Ivy’s Time Spell answer all her questions or will it bring her and her family closer to danger?

In a race against time Ivy does all she can to rid the world of the darkest evil and save the men she loves. 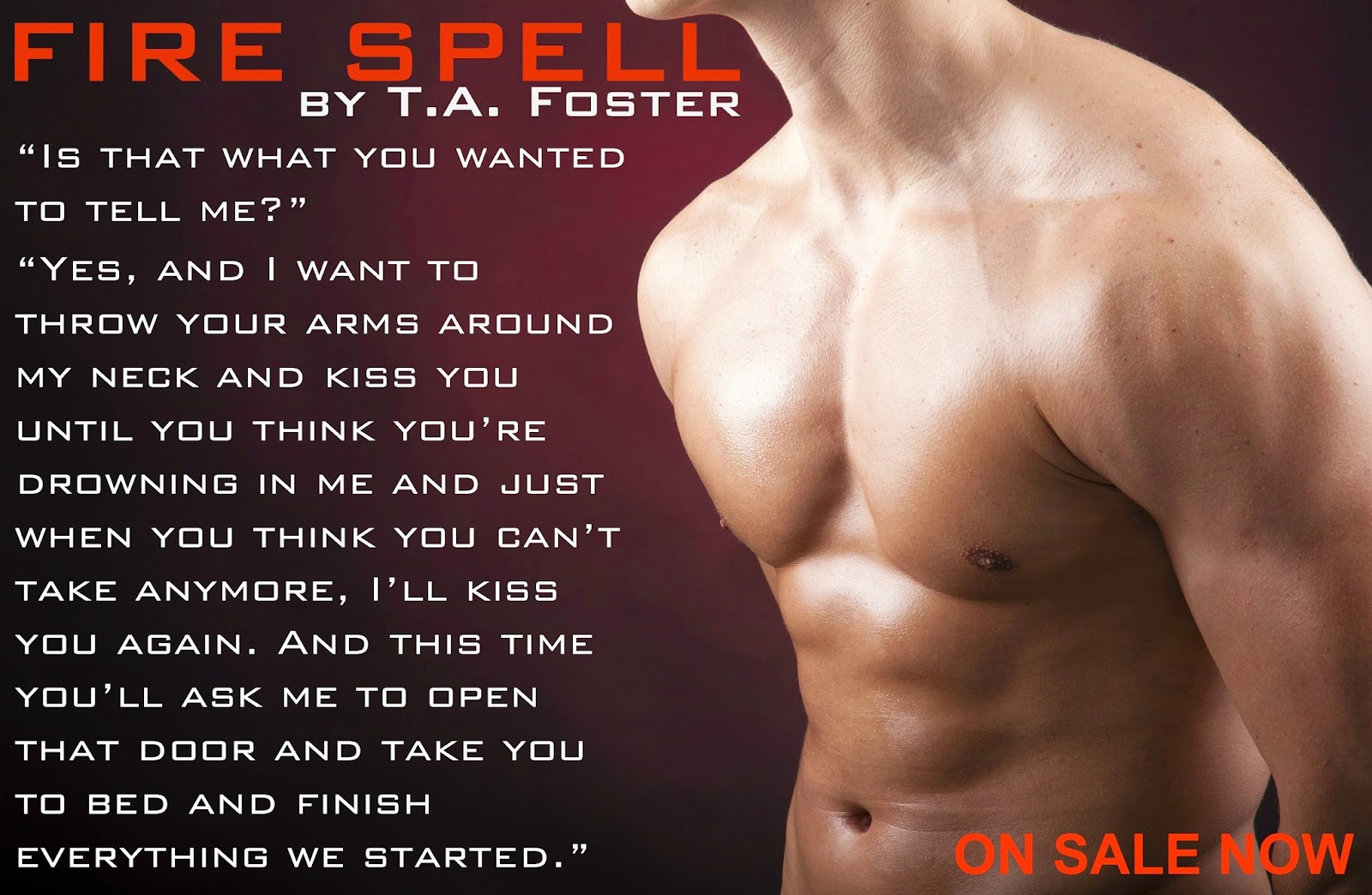 T.A. Foster is a Southern girl whose heart and spirit are connected to the beach. She grew up catching rays and chasing waves along the North Carolina Outer Banks and now resides in the state with her adventurous pilot husband, two children and two canine kiddos.

T.A. has an undergraduate degree in Journalism and Mass Communication from the University of North Carolina at Chapel Hill and a graduate degree in Educational Psychology from Texas A&M University. When she’s not chasing her two-legged and four-legged children or trying to escape for date night, you can find her reading, writing or planning her next beach trip.

a Rafflecopter giveaway
Posted by Rhianna at 8/03/2014