Blog Tour: THE COWBOY AND THE ANGEL by T.J. Kline [Excerpt + giveaway!] 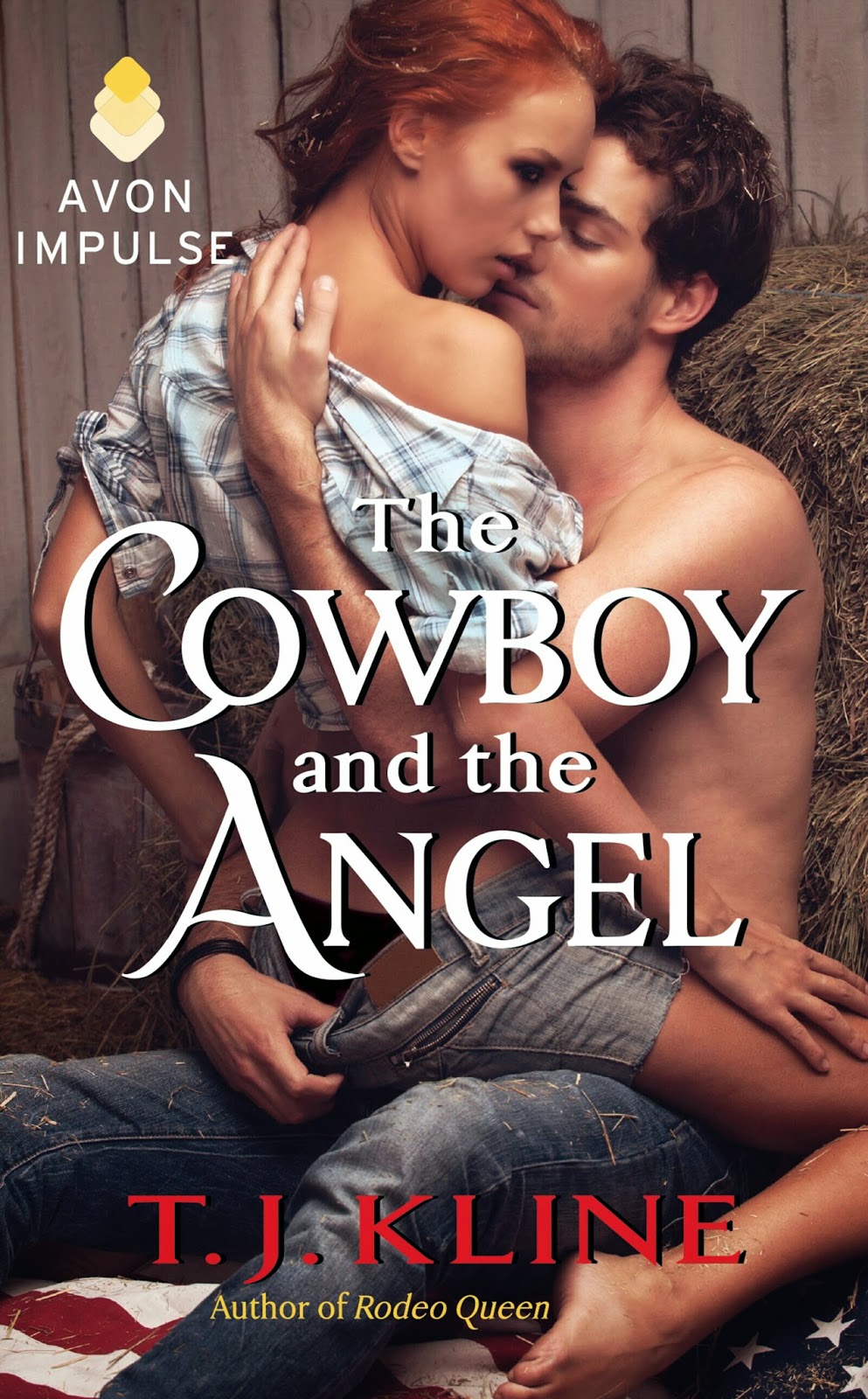 Several moments passed and he hadn’t moved or touched her. He stood inches from her with his hands loose at his sides, staring down at her, waiting. She met his gaze and held her breath as his eyes darkened, becoming almost black, and she wondered if he might kiss her. She found herself wavering between wanting to press herself against him, feeling his fingers buried in her hair with his lips against hers and running back her car, returning to her apartment and forgetting she’d ever met him.
“Why are you really here?” His voice was husky but gentle, coaxing the truth from her.
“I don’t know what you mean.” She resisted, barely able to put words together, let alone think of a logical explanation. Her heart pounded heavily against her ribs.
“I can’t let you ruin our business. I won’t let you destroy what Mike and my parents built.” His words should have sounded like a threat but his voice was seductive, belying the warning.  “You have to know that.”
“I don’t want to destroy anything,” she whispered, unable to tear her eyes from his mouth. She dug her nails into her palms, trying to refocus her attention on the pain instead of the desire swirling within, igniting dormant emotions.
“Why can’t I seem to stay away from you?” he growled quietly. Derek took a step toward her, pressing her back against the wall of the barn, his hand slipped up to cup her jaw.

From our NaNoWriMo author T. J. Kline comes the stunning follow up to RODEO QUEEN. When a sexy cowboy falls for a not-so-angelic reporter, secrets and sparks abound.

Reporter Angela McCallister needs the scoop of her career in order to save her father from his bad decisions that have depleted their savings. When the chance to spend a week at the Findley Brothers ranch arises, she sees a chance to get a behind-the-scenes scoop on rodeo. That certainly doesn’t include kissing the devastatingly handsome and charming cowboy, Derek Chandler, who insists on calling her angel.

Derek has a rodeo to run and a chip on his shoulder. He has no time for the fiery woman who is clearly hiding something. But for some reason he can’t keep his hands off of her. Their connection is instant and explosive but Angela’s secrets could threaten his family and Derek needs to prove that he’s not the irresponsible kid brother anymore.

When the rodeo dust has settled, will the Cowboy and his Angel allow themselves to give in to the attraction that threatens to consume them both?

T. J. Kline was raised competing in rodeos and Rodeo Queen competitions since the age of 14 and has thorough knowledge of the sport as well as the culture involved. She has written several articles about rodeo for small periodicals, as well as a more recent how-to article for RevWriter, and has published a nonfiction health book and two inspirational fiction titles under the name Tina Klinesmith. She is also an avid reader and book reviewer for both Tyndale and Multnomah. In her spare time, she can be found laughing hysterically with her husband, children, and their menagerie of pets in Northern California.

a Rafflecopter giveaway
Posted by Rhianna at 8/12/2014

I'm seriously loving that cover. Haven't tried the author yet. May just have to pick this one up :)