This post is part of a virtual book tour organized by Goddess Fish Promotions. Michelle will be awarding $30 Amazon GC to a randomly drawn winner via the rafflecopter at the end of this post.  Click on the banner to visit other stops on this tour. 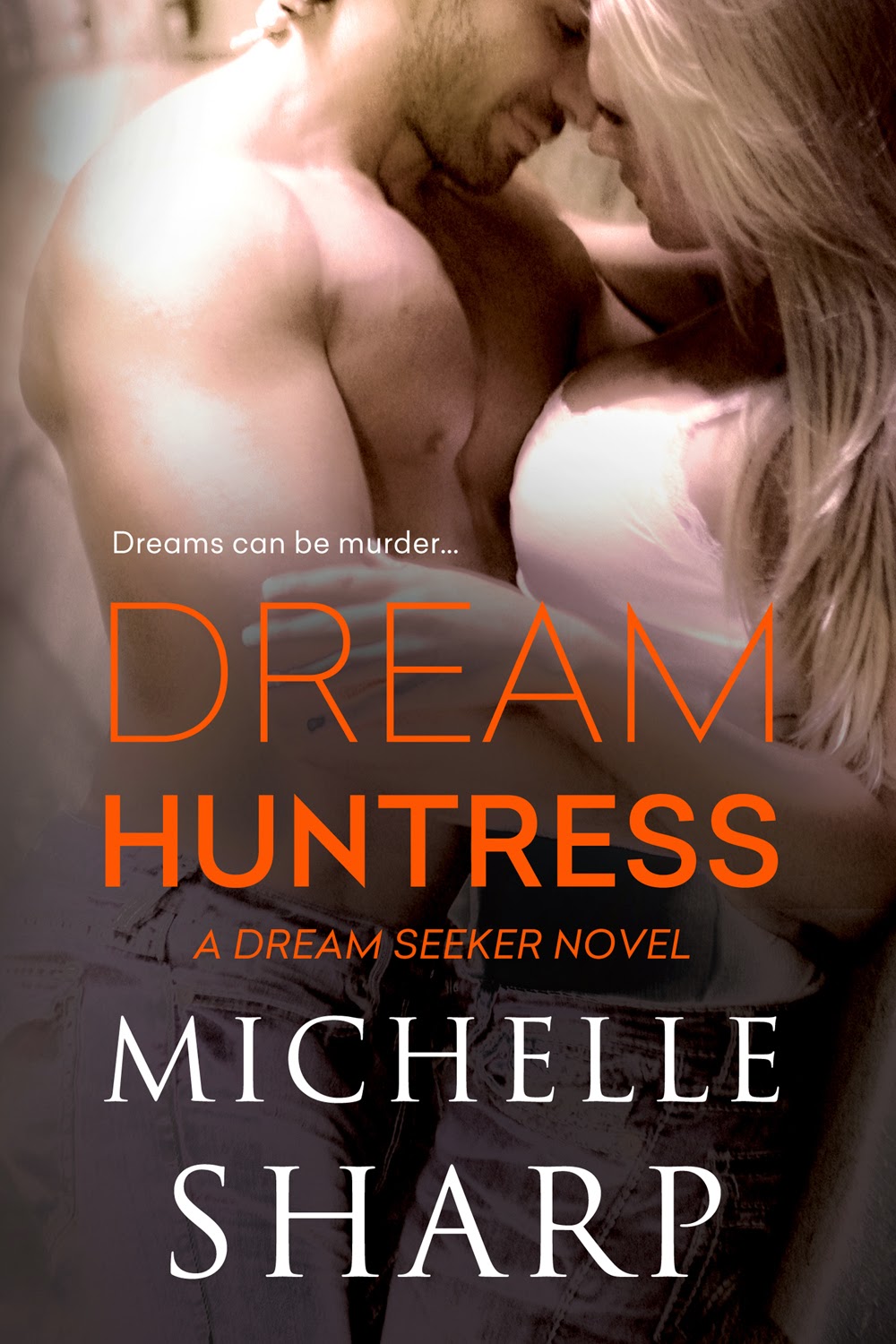 Detective Jordan Delany has a gift. Through her dreams, she connects with dead victims of violent crimes. Her isolated life as a drug cop is perfect for hiding the freakish visions, until her newest investigation has her posing as a cocktail waitress in a down-and-dirty strip club. When she’s saved from a drunken customer by a handsome stranger, the heated chemistry is exactly why she intends to keep Mr. Arrogant at bay. But learning he’s the new bouncer for the corrupt club she intends to bust just might be the one reason why she can’t.

Tyler McGee suspects a drug ring operating out of the local club is flooding the streets of his hometown with heroin. Determined to get answers, he plays the part of a fallen cop and lands the job of head bouncer. What he discovers is that the club owner isn’t the only deadly obstacle he’s facing. His attraction to an intriguing cocktail waitress with a penchant for danger just might kill him first.

“I’m Tyler McGee. Everyone calls me Ty. And as far as the nurses are concerned, I’m your big brother.”

He shrugged and smiled. “You do now.”

She eyed him from top to bottom and back up again, deciding it was most likely the killer smile, rather than the lie, that had gained him access to her room.

His grin grew wider. He looked amused at her thorough inspection.

Why had she studied him as though he was the main course at dinner? Her cheeks flushed hot. “Well, Ty, thanks for everything, but I can manage from here.”

Leaning against a countertop, he folded his arms. “Yeah, you’re in great shape. You plan on jogging home with your head injury or just taking it slow and hitchhiking?”

Ah, yes. Now she remembered. He was truly as handsome as the devil but also as cocky. He’d probably only said about ten sentences before she passed out, but if her memory was coming back accurately, most of them were condescending.

He chuckled. “In Titus? Sweetheart, where are you from? It sure isn’t around here.”

He strode to the bed then leaned in close as though he was letting her in on a dangerous secret. “In case you haven’t noticed, Titus isn’t exactly a thriving metropolis. We don’t have taxi service or buses. The closest thing to public transportation is Dan the Scooter Man. He makes a fortune driving people home from the bars. You want his number?”

Michelle Sharp is a romantic suspense author from the Midwest. Although she has a degree in journalism from Southern Illinois University, she finds weaving tales of danger, deception, and love much preferable to reporting the cold, hard facts. Her goal in life? To team resilient, kick-ass heroines with the sexy alpha’s who love them. As most writers probably are, she is an avid reader. Her husband and kids would call it obsessive—but whatever. Her first choice is usually a story with a thrilling combination of danger and love, but any book with a great voice and intriguing story will keep her turning pages well past any reasonable bed-time. Her debut novel will be published with Entangled Ignite in summer of 2014. She is a member of Romance Writers of America and Missouri Romance Writers.

a Rafflecopter giveaway
Posted by Rhianna at 7/16/2014

Thank you for having me today, Rhi! I'll be checking in later tonight to see if anyone has any questions or comments. Have a wonderful night and I hope everyone enjoys DREAM HUNTRESS!

Thanks for introducing me to Michelle Sharp. I look forwarding to reading her book!

This looks interesting, I love romantic suspense and the cover is great! Is it part of a series?

Hi Crystal, Dream Huntress is part of a series. I plan to carry Ty and Jordan's story over a few books and novellas too. In fact, my editor at Entangled has my first novella on her desk right now. It is the story of Jordan and Ty deciding if they are ready to move in together. Lots of fun! Thanks for asking! -Michelle Sharp