SHIFTING WITH THE TIMES

I'm so pleased to be here at RhiReading to talk about urban fantasy, paranormal romance, and my new series, Cornerstone Run. I've been a fan of all things horror and paranormal since I was a kid, which probably explains a few things about me. The "what if?" and "why not?" aspects of those genres are what appeal to me the most. What if a man could shift into a bird? Why not have alien furballs with big teeth crash land on earth and start eating people? And despite decades of familiar tropes coming and going, there is still room to create something unique and fun.

Paranormal fiction reached an all-time popularity high around 2008-2011. You couldn't turn around in a bookstore without seeing a new urban fantasy or paranormal romance author on the shelves, and I was thrilled to debut during that time period. Fans could glut themselves on as many vampire, shifter, and magic tales as they wanted. In some ways, it was an excellent time to write paranormal fiction. Some authors saw careers take off and are still succeeding today. Other authors saw a few books release, only to fade away into obscurity. I landed someplace in between.

Don't worry, this isn't some kind of "woe is me" essay, or a slam against a genre I love that seemed to burn itself out. Paranormal fiction isn't leaving us, as some readers might fear. However, it may be shifting (no pun intended).

Urban fantasy/paranormal romance was not created by the boom of five years ago. It's been around for decades, in one form or another, often changing to suit the reading preferences of the time. In a modern day where contemporary romance and New Adult is what's hot, it's easy for folks to panic and think paranormal fiction is going away. It isn't. The big names of the genre are obviously still publishing, still receiving their hardcover and paperback releases.

The largest shift has come with the popularity of digital-first arms of the Big Five. Publishers aren't required to invest in a mass-market paperback release of an unknown, or low-selling author. For many of us who are lost somewhere in the mid-list, our books are going digital-first. My new trilogy, Cornerstone Run, is releasing through Berkley Intermix, a digital-only arm of Berkley/Penguin, and I'm very excited for this series. The first time I spoke to my editor, she told me, "This made me fall in love with paranormal romance again."

Is there a higher compliment from an editor of romance?

Will paranormal fiction become as popular as it once was? I have no idea. But the genre isn't going away, and as long as there are nonhuman characters out there who keep poking at my muse, I plan to keep playing in paranormal worlds. What do you think? Is paranormal simply changing for the times, or will it go away completely?

She never saw this coming…

Brynn Atwood is a low-level Magus whose unpredictable precognitive powers have made her an outcast among her people—and an embarrassment to her highly-regarded father. After a frightening vision in which her father is murdered by a loup garou man, Brynn decides to prove herself by finding the killer, and stopping them at any cost.

Her target is Rook McQueen, the son of a small-town loup garou Alpha. Despite being the youngest of three, Rook is first in line to inherit the role of Alpha, a duty he isn’t sure he’s capable of fulfilling. When Brynn finally meets Rook, she doesn’t expect the attraction that draws her to him—and him to her.

No longer believing him a murderer, Brynn and Rook strike an alliance to find her father’s real killer. But when his older brother is targeted by an unknown enemy, Rook will have to choose between his growing feelings for Brynn and his duty as the future Alpha of his community.


Cornerstone Run is a paranormal romance trilogy, set in a world of hidden loup garou, their mystical Magi enemies, and the occasional vampire. The small, reclusive town of Cornerstone, Pennsylvania, houses an almost entirely loup garou population—one of only thirteen towns around the country that serve as a sanctuary for their nonhuman inhabitants, where the loup garou are free to be themselves. When a neighboring sanctuary town is attacked by a vicious, unknown enemy, the three sons of Cornerstone’s Alpha must stand together to protect their people—and the women who steal their hearts. 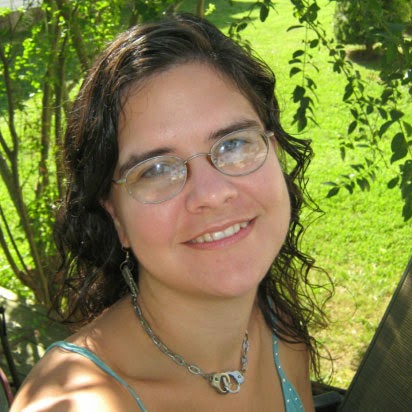 Raised on a steady diet of Star Wars, Freddy Krueger and “Fear Street” novels, Kelly Meade developed a love for all things paranormal at a very young age. The stealthy adolescent theft of a tattered paperback from her grandmother’s collection of Harlequins sparked an interest in romance that has continued to this day.

Black Rook is the first novel in her Cornerstone Run series, a paranormal romance trilogy from Berkley Intermix that also includes Gray Bishop and White Knight. It follows three loup garou brothers who will do anything to protect their town, their family, and the secret of their existence—and maybe fall in love in the process.

Writing as Kelly Meding, Three Days to Dead is the first book in her Dreg City urban fantasy series. The series follows Evangeline Stone, a paranormal hunter who is resurrected into the body of a stranger and has only three days to solve her own murder and stop a war between the city’s goblins and vampires. Additional books in the series, As Lie the Dead, Another Kind of Dead, and Wrong Side of Dead, are available in both digital format and mass market paperback from Bantam. Book five, Requiem for the Dead, is available digitally through all platforms.

Trance begins the story of the grown-up children of the world’s slaughtered superheroes who receive their superpowers back after a mysterious fifteen-year absence, and who now face not only a fearful public, but also a vengeful villain who wants all of them dead. Trance and Changeling are available now in both digital format and mass market paperback from Pocket Books. Tempest and Chimera are available in digital format only via Pocket Star. All four MetaWars books can also be purchased as a digital bundle.