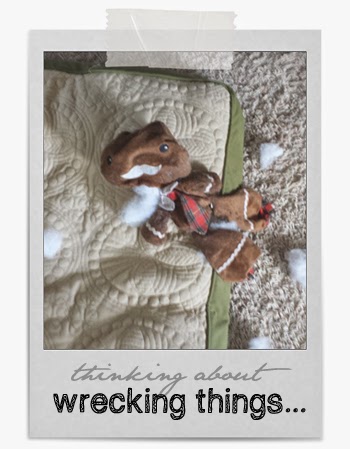 *sigh* I'm in a funk today dear readers. We took the little one for her first movie—HOW TO TRAIN YOUR DRAGON 2—and that was a blast but I'm just bleh. I was actually pretty impressed with the youngin' because there's a reason we've waited so long to take her to an in theater movie... she hates loud sounds. But if you liked the first flick it's definitely worth the price of admission and there was a trailer for a movie I really want to see now too, THE BOOK OF LIFE. Thought if you guys are parents too you might like these two rec's, though TBOL won't be out until October. :)

Since I'm in a funky-funk mood I figured I'd post a few links you guys might also want to check out:

• Audible is having a BOGO sale that has a few titles I'm eyeballing since my library doesn't have them to borrow.

• Not an Audible member yet? Living Social has a great get 2 months free sign-up deal. I like to own things versus borrow them so I have really liked the service so far and would totally recommend getting the FREE membership to try if you've been wanting to try audiobooks.

• Or... you can get 20% your membership for the first year. Not sure which is the best deal since I suck at math but worth checking out.

• Amazon has 20 Kindle Teen titles for under $2 right now. One of them, THE SILVER SEA, is one I've been wanting to read.

Plus, I've got a giveaway going on over at the RhiReading FB page that ends on Sunday! Annnnd on that note I think I better go get to chomping on my ARCs of  TEASE and Queen of Wands (Sanctify). Let me know what you're reading eh? -- Rhi
Posted by Rhianna at 6/20/2014