Release Day: Burn For Me by Lauren Blakely [+ giveaway!]

We are thrilled to bring you the Release Day Launch for Lauren Blakely's BURN FOR ME! BURN FOR ME is an amazing novella in the Fighting Fire Series being published through Entangled Publishing’s Brazen imprint!! Start your summer off with a sizzle!


Ten minutes later, he opened the door and Jamie stood on his porch,the moonlight illuminating her. The faint glow of the half-light madeher even prettier, her blond hair streaming down her back and over hershoulders. He was about to make a wisecrack about late-night visitors,but she pressed her lips against his in the sweetest kiss anyone hadever given him. In seconds, she’d disarmed him, and a groan escapedhis throat. She brushed her lips lightly against his, kissing sosoftly it was as if she were barely there. But that’s what made herkiss so enticing; it was a promise of more.

They stood like that kissing—only kissing—for minutes, and soon hethreaded his hands into her hair, savoring the soft feel of thestrands on his rough fingers.

“Hi,” he said when she broke the kiss.

“Hi. I have a late-night delivery for you,” she said, and trailed herhands down his shirt. His breath caught in his throat as her fingersdanced across his stomach, and she smiled as she traced the outline ofhis abs. He grabbed her arms gently but firmly, and pulled her intothe house.

“Whatever delivery you have for me I don’t need the neighbors seeing,” he said. 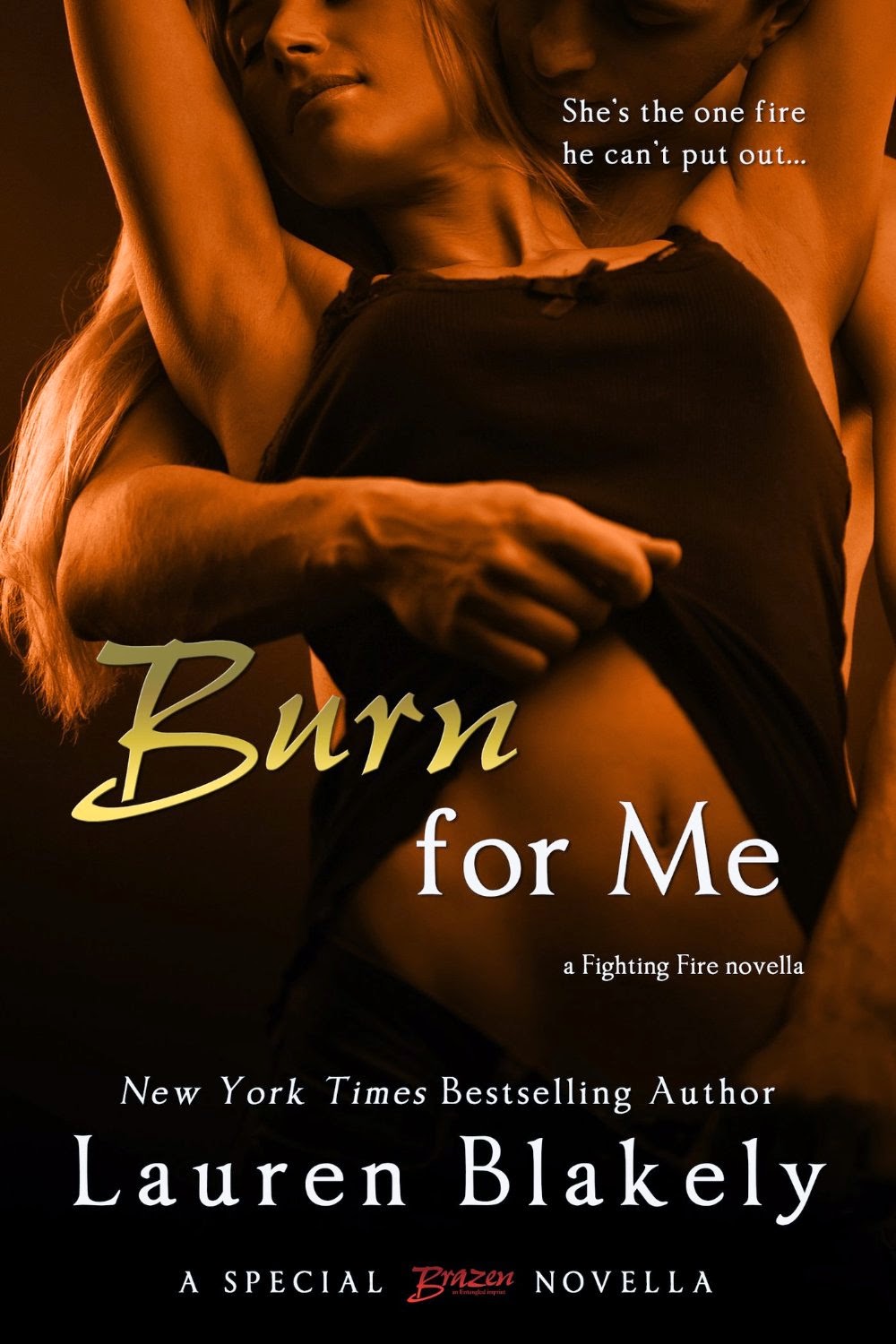 The door was swinging shut as she claimed his mouth again. She kissedharder this time, sliding her tongue across his, searching his mouthas she laced her fingers through his. It was as if she were claiminghim, and he wanted that.

“I’m sorry I was worried about Melody,” she said as she pulled away. “Don’t even think twice about it. I kind of like how you want me all toyourself,” he said, running his finger along her cheek.

He quirked an eyebrow in question.

“You’ve had a long shift. You work hard. And I want you to sleep well.”

“What do you have in mind?” he said, but whatever it was he was surehe’d like it, judging from the way hot tension started to roll throughhis veins, especially when she wedged herself between his legs,rubbing against his erection. He grabbed her hips, tugging her closer.

She looped her hands around his waist. “You have the sexiest back,”she said, and before he could respond, she’d dipped her hands belowthe waistband of his shorts, touching his bare ass. “Have I told youhow much I love that you go commando?”

“You have not. Feel free to tell me now.”

“It is so hot,” she said, cupping his cheeks and squeezing. “You mighthave the best butt in the world.”

About BURN FOR ME:

Jamie Lansing has had it bad for firefighter Smith Grayson for as long as they've been friends. Yes, he's ridiculously charming and she might stare a little too long at his abs, but his dirty-talking, rough-around-the-edges ways aren't for her. Plus, she knows that as a serial dater, Smith isn't the type to settle down. But then a terrible, fantastic, mind-blowing mistake leaves her body craving more than one night. Smith Grayson has only ever had eyes for one woman in town--his best friend Jamie. But convincing her a relationship between them will work is next to impossible with her refusing to see beyond his past. But when she asks for a week of no-strings-attached sex to get him out of her system, Smith knows this is his one chance to prove he's not just the man she needs in her bed, but the man she needs in her life.

NOTE: 10% of all release week sales will be donated by the author to the National Volunteer Firefighter Support Fund. 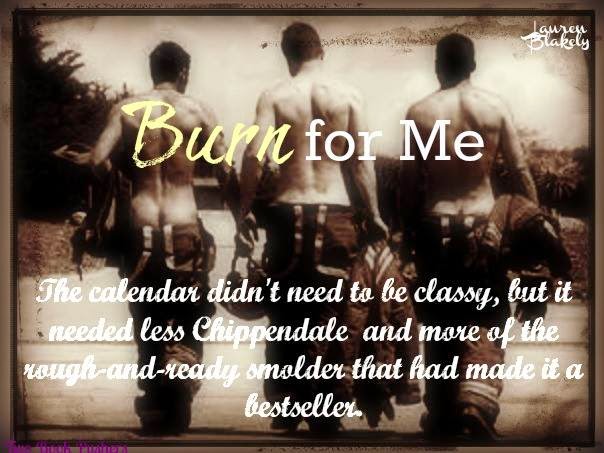 Lauren Blakely writes sexy contemporary romance novels with heat, heart, and humor, and her books have appeared on the New York Times, USA Today, Amazon, Barnes and Noble, and iBooks bestseller lists. Like the heroine in FAR TOO TEMPTING, she thinks life should be filled with family, laughter, and the kind of love that love songs promise. Lauren lives in California with her husband, children, and dogs. Her novels include Caught Up In Us, Pretending He’s Mine, Playing With Her Heart, and Trophy Husband. She also writes for young adults under the name Daisy Whitney.