Dear readers, Are you hungry for a spicy read? ;) With two hot chefs on today's menu for only 99¢ each you cannot go wrong! I know I've been hankering for a taste of Finn for a while now and he's finally here in RECIPE FOR SEDUCTION. Make reservations for a night with SEDUCING THE PLAYBOY's chef Roman. Don't forget to join me and other Brazen fans at the Brazen Seductions Facebook party on Wednesday evening at 8PM EST for a chance at fun flash giveaways and a naughty game of "Have you ever...?". See ya there! -- Rhi 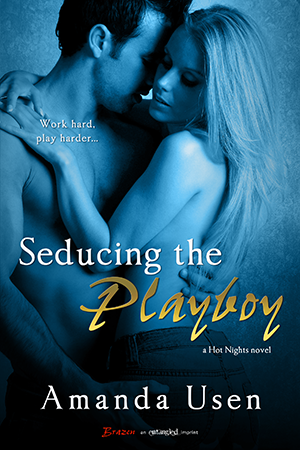 The best desserts are worth the wait…

Pastry chef Jenna Cooper crushed hard on playboy chef Roman Gallagher when her older brother brought him home to share their family Christmas six years ago. Now she’s old enough to do something about it, and she won’t take no for an answer—for anything.

Out of the frying pan into the fire…

Roman has one hard and fast rule—don’t sleep where you eat. But he can’t say no to Jenna’s plea for him to help her save her family business. Soon she's working for him, and their scorching chemistry melts Roman’s resistance.

If you can’t stand the heat…

Jenna knows Roman has reservations about enjoying the heat between them, but she’s got a plan. She’s going to keep this sexy man so satisfied in—and out—of the kitchen, he won’t regret a thing. But Roman has his own ideas. He wants more than a few hot nights, and he's going to teach Jenna a lesson about playing with fire.

Get your copy of SEDUCING THE PLAYBOY:
Goodreads | Amazon | B&N | Entangled

Author Bio: Amanda Usen knows two things for certain: chocolate cheesecake is good for breakfast and a hot chef can steal your heart. Her husband stole hers on the first day of class at the Culinary Institute of America. They married after graduation in a lovely French Quarter restaurant in New Orleans. After enjoying the food and the fun in the Big Easy for a few years, they returned to Western New York to raise a family.

Amanda spends her days teaching pastry arts classes at a local community college and her nights writing romance. She’s a member of the Romance Writers of America ® and the Western New York Romance Writers. When she’s not writing, teaching or baking, she can usually be found chasing the kids around the yard with her very own scrumptious husband. 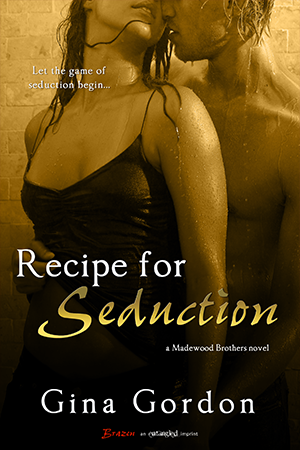 Let the game of seduction begin…
Veronica Whitfield feels like a frumpy old maid. After ten years of raising her younger siblings, she’s desperate to get her sexy back. And why not find it with the man she’s been in lust with since she was twelve years old—her brother’s best friend, Finn O’Reilly?
Finn is looking for love. And not any love—true love. Complete with the white picket fence, two children, and a dog. He’s just been a little unlucky finding it, and he sure as hell isn’t about to consider his best friend’s little sister for the job, no matter how badly he wants her in his bed.
But then Veronica propositions him with a game of dark, delicious seduction. Finn is tempted to indulge his hidden need for kink, but at what cost? Following through could very well ruin their friendship, but maybe—just maybe—helping Veronica rediscover her sexy side is exactly what he needs to find love at last…

Get your copy of RECIPE FOR SEDUCTION:
Goodreads | Amazon | B&N | Entangled

Author Bio: When her dream of becoming a mafia princess didn’t pan out, Gina Gordon went after her second dream…becoming a writer. And she hasn’t looked back.
Gina, a self-proclaimed happily ever after junkie and cupcake connoisseuse, loves spinning contemporary tales of knee bending first kisses, unconditional love and super-hot sex. She broke out onto the romance scene with her #1 Amazon Bestselling erotic short story Her Five Favorite Words that’s been called a “deliciously naughty tale” by Joyfully Reviewed.
When not chained to her computer, you can find Gina sipping Starbucks, making cupcakes or feeding her addiction to celebrity gossip. She lives in Milton, Ontario with her husband and lovable dog.
Connect with Gina Gordon
Website|Twitter| Facebook|Goodreads|Newsletter|FBGroup

a Rafflecopter giveaway
Posted by Rhianna at 5/25/2014