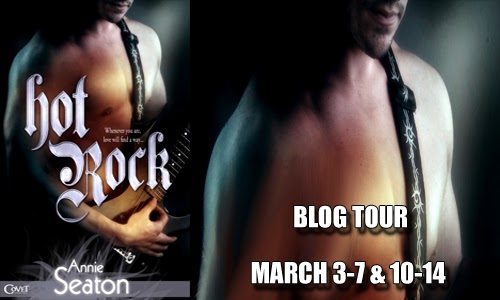 Dear readers, I loved the mood and feel of Annie Seaton's HOT ROCK so much that I begged to know why she chose the seventies music scene over say the hair-band heavy eighties or grunge of the nineties. Check out what she has to say and be sure and grab the book while it's still only 99¢! -- Rhi

Glamour, big hair, bad boys and great music. The seventies saw a change in the style of music we bought and listened to and heralded a revolution in music. In came folk rock, glam rock, punk rock, hard rock and all the other types of rock. Disco music came to the fore as well. Psychedelic rock, country rock, blues rock...there was something for everyone.

For me growing up in the seventies was the beginning of a love affair with seventies music.

So what did I choose to set Hot Rock in this era? For me it was a love of glam rock in my teens and the memories of the posters on the bedroom walls. I loved the outrageous clothes, makeup, hairstyles, and platform-soled boots. The flamboyant lyrics, costumes, and visual styles of glam performers appealed to me with the wonderful guitar sounds and the rock stars who produced them.

David Bowie was my hero.

I was also interested in the rock festivals and reading about them, and when I visited Glastonbury  (the town, not the festival) a few years ago, the idea began to come together.

So Hot Rock drew together my love of the English countryside, seventies music and rock stars, and my fascination with all things mystical like ley lines and time travel. 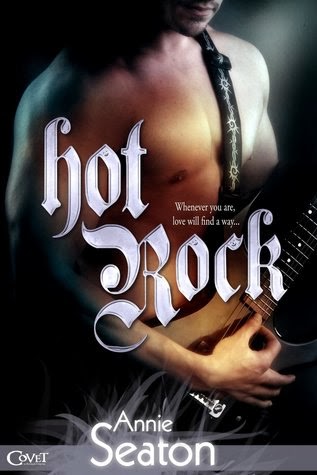 Megan Miller is on a dream trip to research her doctoral thesis at a rock festival in England. When she arrives in town she’s stunned that her temporary neighbor is the spitting image of her 70’s rock idol, too bad he’s also a world-class jerk. So why can't she stop thinking about him?

Seventies rock star Davy Morgan is a man with a secret: rockin’ in one time and living in another. He holds his privacy close to his heart, so when a beautiful girl who not only loves but truly understands his music moves in next door, he works overtime to keep her at a distance. Easier said than done.

Megan follows Davy to the rock festival, but it’s not what or when it seems. The lure of the music draws them closer, but can their newfound love span across the decades, or will it get lost in time? 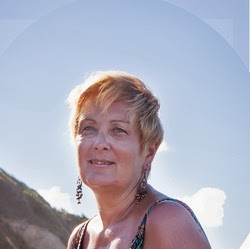 About Annie:
Annie Seaton lives on the beautiful east coast of Australia, where she loves sitting in her writing chair, gazing at the ocean and writing stories. She has always been fascinated by romance and has found her niche writing contemporary romance.
Her debut novel, Holiday Affair, a contemporary romance set in the South Pacific was released as part of Entangled Publishing’s Indulgence line in March. The sequel Italian Affair was published Spring 2013, followed quickly by Outback Affair,Dangerous Desire and Tangling with the CEO!
Blind Lust, is one of Annie's favorite novels. Despite the title...it is a sweet romance about a witch and her difficult choice between two men.
Website /Twitter/Facebook/Goodreads

This sounds like such a fun (and hot!) read. I love the idea of coming across your rock idol and actually finding love with them. Thanks for bringing the book to my attention :)

Thasnk for having me visit...

This is a great premise, Annie. 70s music is very evocative for me too, and I can't wait to reading this book!