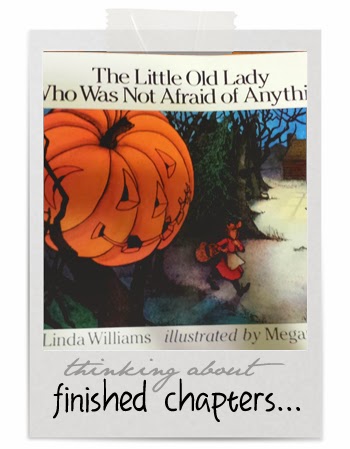 It's the weekend again. Whuuuut? Hate when it creeps up on me so fast. It's been a busy few weeks between special occasions and everyday stuff. I'm beginning to realize that as much as I like to think I'm not... I am very, very much an introvert. I'm also far more easily hurt by the things people say than I want them to know. This week an old friend made a comment that basically said that a trait I felt was becoming a bit noticeable (in a negative way) that I had made a generalized apology about, was pretty much how I had always been. And it hurt. A lot. I don't know why the friend would say it unless she didn't mean it as an insult but it certainly didn't feel like it was intended as teasing in a friendly way. :/

But this week I also received a text from a friend that thanked me for something I had said, for being supportive when she really needed it. It makes me wonder if sometimes we just need to step back and think about how someone might feel about the things we say. That same friend once owned the book featured in this photo. When she and her sibling outgrew their books from childhood their mom packed them up and sent them to my son. Now, when I read them to my daughter I get this warm fuzzy feeling because I know that these were stories once loved by someone I call my friend with the utmost sincerity.

This upcoming week is going to be insanely busy here at RhiReading and all over the web. Lots of books release next week. Goooood ones! Which means I have a lot of cramming to do this weekend even though I have a conference to attend—and teach at!—tomorrow. What hijinks are on your weekend agenda?

I've got PAN'S CONQUEST and HARD AS YOU CAN to work on. Here's hoping between my conference, a party, and life I'll get them both chowed down. :) Have a good one! -- Rhi
Posted by Rhianna at 2/21/2014

CALLING ON THE NAME OF THE LORD?

On the Day of Pentecost Peter quoted the prophet Joel (Acts 2:21'And it shall be that everyone who call on the name of the Lord will be saved.')

To call on the name of the Lord is to acknowledge the authority and power of the Lord, and follow in obedience by meeting the terms of pardon.

Peter preached the death, burial, and bodily resurrection of Jesus. Peter declared the Jesus was Lord and Christ. (Acts 2: 22-26) They obviously believed Peter's preaching because they asked the question(Acts 2:37 ....."Brethren what shall we do?")
Peter did not tell them to say the "sinner's prayer." What was Peter's response to their question? (Acts 2:38 Peter said to them, "Repent, and each of you be baptized in the name of Jesus Christ for the forgiveness of your sins; and you will receive the gift of the Holy Spirit.)


THE NARRATIVE OF CALLING ON THE NAME OF THE LORD.
1. FAITH: Believe in the death, burial, and bodily resurrection of Jesus. Accept Jesus as Lord and Savior.
2. CONFESSION: Acknowledge Jesus as the Christ and the Son of God.
3. REPENTANCE: Make the commitment to turn from sin and turn toward God.
4. WATER BAPTISM: Be immersed into Christ for the forgiveness of your sins.


Romans 10:9-10 that if you confess with your mouth Jesus as Lord, and believe in your heart that God raised Him from the dead, you will be saved; 10 for with the heart a person believes, resulting in righteousness, and with the mouth he confesses, resulting in salvation.


WE ARE TOLD TO CALL ON THE NAME OF THE LORD TO BE SAVED.


IF YOU HAVE COMPLETED THESE REQUIREMENTS---THEN YOU HAVE CALLED ON THE NAME OF THE LORD!