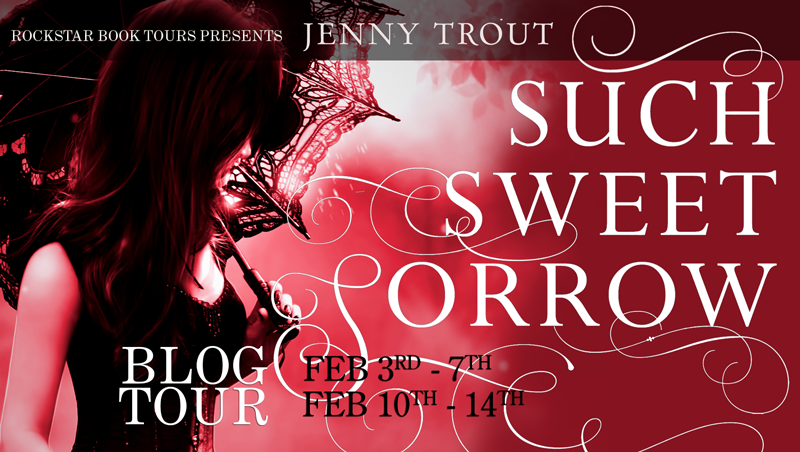 Dear readers, If you've followed me for very long you know I have a tiny soft spot for retellings of classic tales. You may have also read my review of American Vampire which I might be the lone lover of. So when I found out that Jenny Trout was in fact Jennifer Armintrout—not to be confused with Jennifer Armentrout!!!—I was very eager to read SUCH SWEET SORROW. I really hate posting reviews as part of a blog tour because it messes up my default review format but for this one I caved a little... please check it out and let me know in the comments if you love or hate Shakespeare! -- Rhi 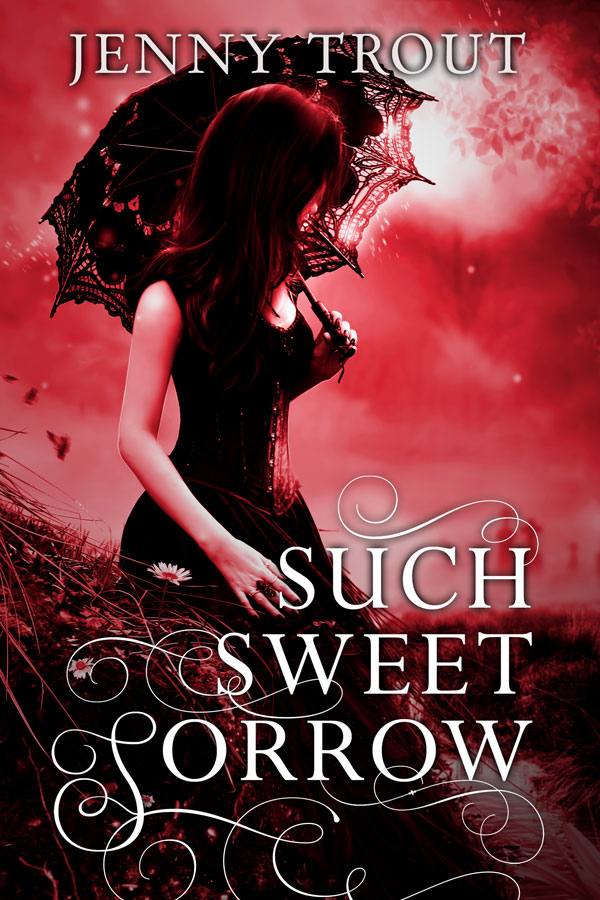 Such Sweet Sorrow by Jenny Trout
Young Adult, Classic Retelling, Fantasy
Paperback $8.99 (304 pages, ENTANGLED TEEN)
Ebook 99¢
Never was there a tale of more woe than this of Juliet and her Romeo...
But true love never dies. Though they're parted by the veil between the world of mortals and the land of the dead, Romeo believes he can restore Juliet to life, but he'll have to travel to the underworld with a thoroughly infuriating guide.
Hamlet, Prince of Denmark, may not have inherited his father's crown, but the murdered king left his son a much more important responsibility---a portal to the Afterjord, where the souls of the dead reside. When the determined Romeo asks for help traversing the treacherous Afterjord, Hamlet sees an opportunity for adventure and the chance to avenge his father's death.
In an underworld filled with leviathan monsters, ghoulish shades, fire giants, and fierce Valkyrie warriors, Hamlet and Romeo must battle their way through jealousy, despair, and their darkest fears to rescue the fair damsel. Yet finding Juliet is only the beginning, and the Afterjord doesn't surrender souls without a price...
Author Site: website


About Jenny:
Jenny Trout is an author, blogger, and funny person. Writing as Jennifer Armintrout, she made the USA Today bestseller list with Blood Ties Book One: The Turning. Her novel American Vampire was named one of the top ten horror novels of 2011 by Booklist Magazine Online. She is a proud Michigander, mother of two, and wife to the only person alive capable of spending extended periods of time with her without wanting to kill her. Website/Blog/Twitter/Facebook/Goodreads

What if...? Complete that sentence with a game changing idea for one of your favorite classics... or two. That's a bit of what Jenny Trout has done with Romeo & Juliet and Hamlet in SUCH SWEET SORROW. Imagine the poison hadn't actually killed Romeo and he woke to find that Juliet was truly dead and beyond his reach. What would he do? Well, I certainly wouldn't anticipate this particular chain of events but it makes for one heck of a story!

After the death of his father, Hamlet is aggrieved to discover that the specters he has seen his whole life have been seen for a reason. Tasked with protecting a portal to the Afterjord, the Dane prince has more than revenging his father's murder on his mind. But when Hamlet crosses paths with an Italian who seeks the place the seat of a murdered king he realizes there's so much more at work. Together they will brave the mythological underworld to find Romeo's Juliet only to discover that finding her is the easiest part of their journey.

I'm never a big fan of stories that gloss over (or change) the fact that Romeo and Juliet were very, very young but if you're going to do it, make it for a good reason. For SSS it works enough I could let it slide, I'm not the target audience after all. Being less familiar with Hamlet I can't make much commentary regarding elements of it that may bug readers. I did, however, really enjoy seeing these iconic characters being matched up to take on a quest. It's very original and well paced.

The only major issue I had with the story that continually bothered me was Juliet. I just felt like her characterization was a bit all over the place. One minute she's kind of pathetic and mopey, then she's fierce. I never really felt like she was consistent and ultimately was really meh with where the story leads her.

If you enjoy retellings and mythology you will very likely find SSS an interesting and fun read. If you're an adult and not the target audience I think you'd also enjoy it if you're a fan of Trout's adult romance work under her other penname.

Check this book out if you liked:


3 eBooks of Such Sweet Sorrow International.