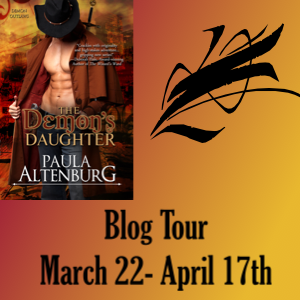 Dear readers, THE DEMON'S DAUGHTER totally rocked! Which is why I'm thrilled that Paula was cool enough to give me a playlist to share with you guys. Hope you enjoy and be sure to check the book out if you love fantasy worlds with a great romance thread. -- Rhi


In no particular order: 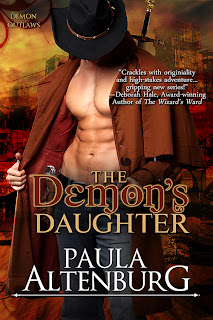 About THE DEMON'S DAUGHTER: Hunter is the only man capable of killing the demons that left the world in ruins. But when he’s hired by a notorious priestess to bring a thief to justice, the Demon Slayer gets more than he bargains for.

Airie was raised in an abandoned temple as a priestess’s daughter, having no idea of her true origins. In a time when any half-breed spawn of a demon is despised by mortal and immortal alike, not knowing the truth is the only thing keeping her safe.

Forced to flee her home in the wake of disaster and discovery of who she is, Airie must place her trust in a man who believes she should never have been born. And when a demon uprising threatens lives he has sworn to protect, Hunter has to make a choice: abandon Airie to an uncertain fate, or overcome his own personal demons and love her for who she truly is.

My son pointed out that Enter Sandman is by Metallica, not ACDC, which I totally knew. I think I've shamed him. He says to check out the Motorhead version, but I'm skeptical of that advice.

I'm liking your song choices! And I know most of them .. Headstones are new to me .. will have to check them out on You Tube.

So happy to see this release out there!!!! Can't wait to read it!

Bad Apple is a fab song. I can see why it would be on your playlist for this book.

I love this Blog! Not just this post, either. Rhianna, you're into many of the things I love...except that baking/cooking thing, you're on your own there. Hope you loved Demon's Daughter as much as I did, can't wait to hear what you think of the next book in this series.

lol Thanks Annie! I am a big dork and though it took me a while to be okay with that now I just fly that freak flag high.

I actually have a love/hate relationship with baking and cooking. I don't actually enjoy doing it... I just love to eat so much I had to start embracing it as a means to an end. ;) ;)

And I did! It was freaking amazing! I am going to have to eventually get Paula's taylor Keating books off my wishlist and into my Kindle. I'll hopefully get the review up later this week but suffice it to say it's a five star.

Thanks for all of the lovely comments guys!

Thanks for having me, Rhianna! It was fun, and I'm so glad you enjoyed the book. Your site really is nice. I second Annie's comments. I'm definitely more of an eater than a cooker.