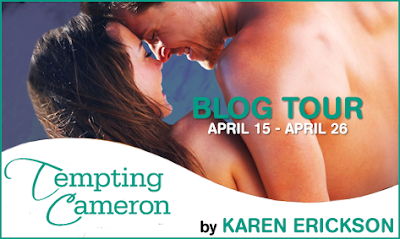 Those Brooding Heroes & The Women Who Love Them

Brooding heroes have been in popular fiction since pretty much forever. There’s something so very appealing about seeing a dark, mysterious and deliciously forbidden hero fall for a woman who he (usually) deems is too good for him.


If we go back in time, there’s the menacing, moody Mr. Rochester from Charlotte Bronte’s Jane Eyre. We can’t forget Heathcliff in Wuthering Heights by Emily Bronte either (those Bronte sister sure knew how to write them, didn’t they?).


Fast forward to modern times and you have the likes of Edward Cullen from the Twilight series by Stephenie Meyer or Christian Grey from the Fifty Shades trilogy by E.L. James. These heroes again are full of mystery, full of brooding and dark, desolate moods that make the heroines yearn to know more. They must figure out what makes this man tick. They must break through that wall they throw up and teach him how to live—and love.


I think these sorts of heroes are so intriguing because they are a mystery to solve. They’re a puzzle to be put back together. And he’s a hero whose newfound heroine is desperate to heal.


As I tried to wrack my brain to recall a few favorite brooding heroes that I’ve read, I had a difficult time! I mean, I love a good brooding hero like plenty of other romance readers out there but I couldn’t recall a recent one that had me swooning. (Though I will confess an affection for Gideon Cross from Sylvia Day’s Crossfire series


So after scrolling through my Kindle and looking through my bookcase, I finally found my all-time favorite brooding, broken, beautiful hero…


Oh my word, people. He is so wounded and so damaged. So many horrible, horrible things happened in his life and formed him into the closed off, broken man that he is at the beginning of the story. Until he meets his future love, nurse Jane Rankin. Of course, she’s shy and plain and of different rank and stature. But true love always wins, right?


Did I mention this book is also extremely sexy? Whew. *fans self*


And though the book ends with a realistic (i.e. not a full blown happily ever after) conclusion, I did appreciate how the author made an epilogue available to readers after Sinful came out, that showcased just how happy Matthew and Jane ended up after all. Sigh…


My hero Cameron McKenzie from TEMPTING CAMERON (second in the Lone Pine Lake series) is a tortured soul but most of his demons are in his head—and based on his loathing for his hometown. His job as a photographer in war torn Afghanistan put him through many trials that has left him broken.


He just needs the love of a good, sweet woman to turn him around—though at the beginning of his story he definitely doesn’t agree, especially since he’s spending the summer in the place he hates the most, the town he grew up in. Enter hometown princess Chloe Dawson to help change his mind… 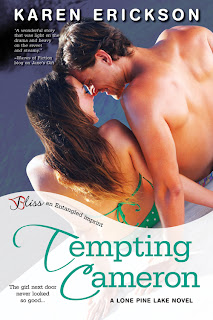 For Cameron McKenzie, Chloe Dawson has always just been his younger sister Jane’s best friend—a pesky annoyance who followed him around and acted like he hung the moon. It isn’t until Jane’s wedding to her firefighter beau Chris that Chloe reappears in his life…and she isn’t pesky or annoying anymore. In fact, the beautiful Chloe tempts him beyond reason. But Cam knows he’s damaged goods—not nearly good enough for Lone Pine Lake’s resident good girl.

Chloe’s always dreamed of a future with the dark, brooding Cam, and after they share an explosive kiss, she wonders if her dream could be coming true. Cam’s never stuck around his hometown for long, though, so she makes him an offer: one sweet summer romance with no strings attached. This good girl’s ready for an adventure…one that just might end up lasting a lifetime.

I absolutely LOVE brooding heroes. IRL I actually relate more to them than the heroines. lol I'm such a brooder. :P

Rochester is definitely a classic favorite of mine. I actually kind of loved and hated Michael Fastbender as him in that film version they did a couple of years back. He nailed the character but he's just so pretty!

Can't wait to see what Cam's like when I get some time to devour this one, thanks for dropping by today Karen. :)

Love Karen's books :) I do like some brooding heroes and then there are some I just want to smack up side the head, lol.

Congratulations on this book's release! I'm looking forward to reading it.

Thanks for having me Rhianna! Great topic - I do love a brooding hero though I don't usually write them too often. LOL Hope everyone likes Cam who gets a chance to read him!