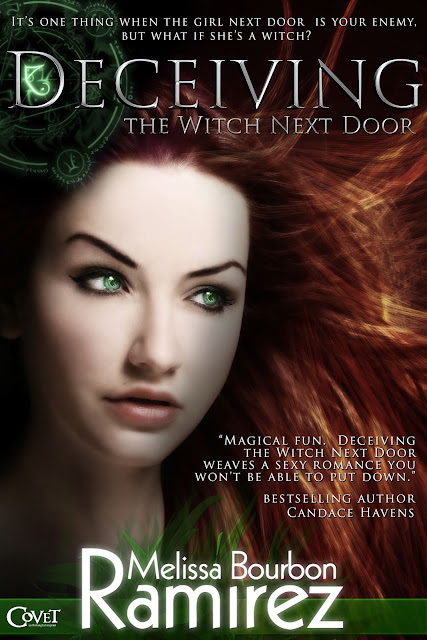 Down-on-her-luck witch Storie Bell never thought the biggest threat to her future would be Reid Malone, the very man she’d run from years before. After striking it rich in Texas shale, he’s back in town, and he seems hell-bent on getting in the way of her bookstore’s grand opening. A witch trying to blend in in a small southern town is hard enough, but now he’s seriously testing her strict No Kissing Mortal Men policy. But even witches don’t have a spell for that.

Reid knows there’s much more to Storie than meets the eye. But right now he has only one mission: to infiltrate her shop so he can snatch the elusive secret ingredient to his father’s million-dollar moonshine recipe. Once he does, he can go back to the city and get out of his small hometown, a place in which he has no future.
But as the days go by, he can’t help falling for Storie in every way…and every encounter brings him closer to finding out what happens when you try to deceive a witch.