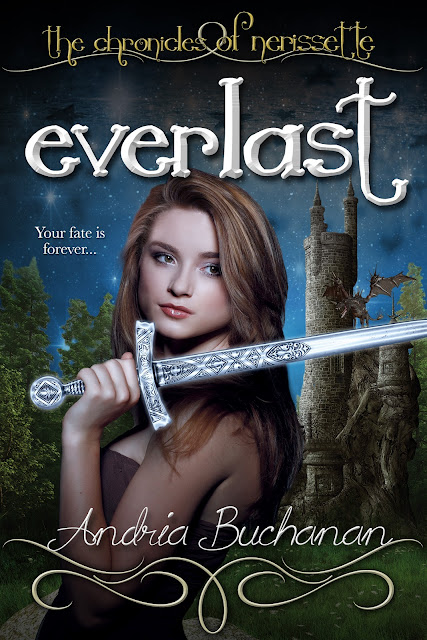 Allie Munroe has only ever wanted to belong, maybe even be well liked. But even though she’s nice and smart and has a couple of friends, she’s still pretty much the invisible girl at school. So when the chance to work with her friends and some of the popular kids on an English project comes up, Allie jumps at the chance to be noticed. And her plan would have worked out just fine…if they hadn’t been sucked into a magical realm through a dusty old book of fairy tales in the middle of the library. Now, Allie and her classmates are stuck in Nerissette, a world where karma rules and your social status is determined by what you deserve. Which makes a misfit like Allie the Crown Princess, and her archrival the scullery maid. And the only way out is for Allie to rally and lead the people of Nerissette against the evil forces that threaten their very existence. 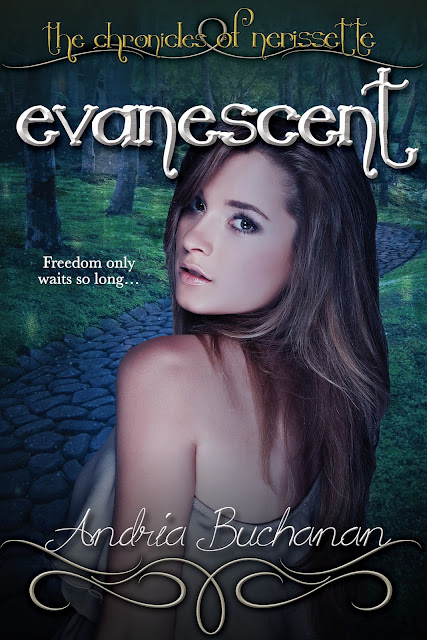 Trapped in the deadly land of Nerissette, Allie has all but given up on any return to the mortal realm. Unless she can find the two elusive artifacts that have the power to get her and her friends back home.

But she’s got even bigger problems as the newly crowned queen of Nerissette: she must unite her people in the midst of a civil war and capture the Fate Maker—the evil puppet master responsible for the conflict—before he can find another army willing to return him to power.

On top of it all, Allie is just a normal teenager. Her feelings are growing for the guy she’s certain is her true love, and balancing her personal life while being the queen isn’t as easy as it sounds. Allie must learn the true meaning of bravery, love, and kinship, regardless of the world—and danger—around her. 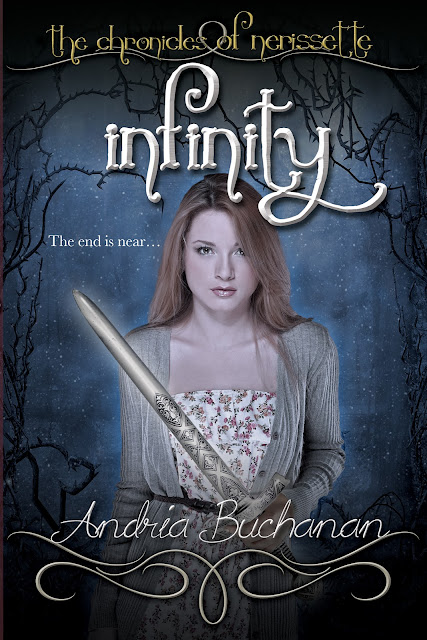 Although she’s still stuck in the magical world of Nerissette, Queen Allie is finally ready to build a relationship with the half hottie, half dragon next door, Winston. But all isn’t really fair in love and war.

Unrest is quickly forming at the borders and soon Allie realizes that the Fate Maker wasn’t the only one who wanted her crown. When her trusted aunt Bavasama sends her troops into Nerissette on a campaign of murder and mass destruction, Allie has a tough decision to make. She can’t take the chance of letting more people die or letting those she’s lost disappear from memory, but there is more at stake than even she knows.

Still, Allie has to do something. And in the process she’ll discover what she’s truly made of when faced with a series of options…each more horrible than the last.

About Andria:
Patricia's a small town girl who was blessed with a large tree in the backyard that was a perfect spot for reading on summer days. Mixed with too much imagination it made her a bratty child but fated her to become a storyteller. After a stint of “thinking practically” in her twenties she earned degrees in Business and Economics and worked for a software firm in southwestern Germany but, her passion has always been a good book. She currently lives in Pittsburgh with her two wonderful kids and a husband that learned the gourmet art of frozen pizzas to give her more time to write. When she's not writing she can be found fencing and arguing with her dogs about plot points. Most days the Beagle wins but the Dalmatian is in close second. She's in a distant third. Patricia writes adult Paranormal under the name Patricia Eimer and writes Young Adult books under the name Andria Buchanan.

I love these and I actually have the letter opener that the stock photo (for the sword) is of. So funny seeing it used full size but so many books feature it! :D