Dear readers, Y'all know I adore this author to bits. So please, please, please go buy her book! Check out my review if you want more details on why, visit Brooke's blog/website to see what an absolute riot she is, and be sure and enter the giveaway that goes with this post because tomorrow is the last day!!! Now read on because Brooke and I had some fun getting this together and the giggles abound... -- Rhi


Welcome back to the blog Brooke! We’ve bonded over lots of things since we first became acquainted when your debut launched in 2011 so writing an interview seemed like a logical step for this blog tour. But here I am scratching my head and wondering what I could ask that would really be fun and interesting to my readers... and I just want to link to your blog and say ‘you guys should be reading this’. You hear that readers? Take that advice because Brooke Moss is an amazing writer and a hilariously real human being you should get to know. ;)

GAH! I love you, too, Rhianna! *tear* That’s one thing about me you can count on, I keep it real. Even when I should shut up and turn on the charm....

So in the interest of you and I having some of our usual fun that the readers can get something from, here are my quirky queries for the day:

The book you’re currently on tour for, KEEPING SECRETS IN SEATTLE, was originally written as a dual-perspective trilogy. As a book goes under an editor’s ‘knife’ to prepare it for publishing it often changes dramatically until the finished novel is a mutant so different from the original it doesn’t feel like the same story. I can’t imagine how difficult such a process can be for both the editor and the author! Can you tell my readers a little bit about what kind of major changes happened to get KSiS to it’s published state?

Well…in the original book, here’s what happened (that hit the editing room floor):

And in the new version:

Landon became very popular with readers who have reviewed the book. But then, I’m pretty sure the David Beckham look-alike who rides a motorcycle, wants to have kids, and live in a cabin type guy is impossible not to love. Except that one of the key moments in the story is Violet analyzing how she feels about him. I found it extremely moving and was proud of Violet’s ability to make the choice she does. Tell us more about how Landon came into being? Was he ever the hero? Was he inspired by something or someone (aside from his looks, obviously) special?

I honestly created Landon to be completely perfect…with the exception that he moved a bit too fast, and was a bit too intense. I wanted to make it really, really hard for Violet to choose between the two men in her life. Because sometimes (in real life) we have to choose between whoever the “right” choice might be, and who our heart wants…which might not be the person everyone wants us to pick. That was the conundrum I was trying to create for Violet. And obviously….in my mind…a David Beckham look alike who drives a Harley and has sleeved arms is pretty much perfection in my mind.

When I’m reading books I have a certain weakness for stories set in places I have a personal familiarity with, namely having lived in or close to the area. It’s quite possibly my favorite part of your books. My teenaged dream was to attend the Art Institute of Seattle though I was never able to make it happen. Most folks know it more for stereotypical things like the soggy climate, grunge music, and it being the birthplace of Starbucks. But there is so much more Seattle (and the surrounding area for that matter) that makes it a wonderful place to visit and live. What five things do you recommend every person do if they ever get out to Seattle? Are there any real spots featured in the book that readers can visit if they want to?

Gah! That reminds me…there was a hilarious scene in the Ye Olde Curiosity Shoppe on the pier that was cut. Man, I loved that scene. Gabe intervened while a bunch of zit faced teens ogled a vintage nudie magazine. It was cute.

Okay, where was I? Oh, that’s right. Seattle! Yes, here are my top five places that a visitor to Seattle HAS to see:

Your stories have featured romances where the hero and heroine are faced with very complicated hurdles to their happily-ever-afters. I find that it makes them very genuine and relatable, usually bringing me to tears at least once. We’ve both had our fair share (and maybe more) of heartbreak and eventually a love worth waiting for, just like your heroines. If you could give your younger self, or your readers, some advice or tell them something important you’ve learned on your own romantic journey what would you tell them?

Don’t ever ignore your gut. If your gut says that a man in your life is bad news, he probably is. If your gut tells you that the geek who is pursuing you is a great guy who will love you forever, then LISTEN. Your gut is almost never wrong.

Earlier this month you wrote a response to many readers asking why you didn’t write KSiS’s love scenes out in detail. I thought it was wonderfully put and hope readers who are curious as the answer will give it a read. As a reader—and I’m sure you readers of my blog have already figured this out—I enjoy a wide variety of heat levels and actively seek out both erotic romances and sweet romances (a ‘closed doored love scenes’ subgenre gaining popularity). I think it’s so important that every reader be comfortable with what they’re reading and no one should ever feel ashamed or condemned for liking or not liking steamy content. With that in mind, do you have some suggestions of romances you have read and enjoyed that keep the heat level similar to what you write?

I love Kristan Higgins’ romances. Hers have enough heat and humor to suit my fancy, without being too gratuitous. I also don’t mind the Great Nora Roberts’ books. Her heat level is hotter than mine, but they’re written very tastefully, so I don’t mind them. I also like Tammara Webber’s Upper YA/NA books. They have similar love scenes in them, as well, and she does a great job of writing a good sex scene…without writing a sex scene. Does that make sense?  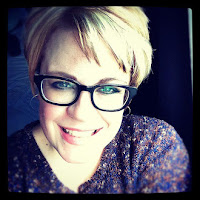 Before we close I want to thank you so much for answering the questions I put together for you and just for being such a sweetheart. Dear readers, it says something that I would have balled my eyes out if I hadn’t enjoyed KSiS because I have grown so fond of Brooke as a person. Seriously, she cracks me up and awes me with her honesty, integrity, and spirit.

The feeling is mutual…and usually I’m pretty stingy with my compliments. I preserve my reputation as a crusty old b*tch. So take this seriously! No, but honestly…you’re a wonderful person yourself, and I’m glad to be your friend. And for the record…bloggers do NOT get enough credit. They work their butts off for little or no pay, and more authors should be kissing the ground you walk on. A writer is nowhere without good bloggers, and that’s a fact.

But enough gushing! One last question... with KSiS now available I would be remiss if I didn’t demand to know what projects you have in the works... now tell me!!! Errr, my darling readers and I would be so thrilled to hear what you’re working on. ;)

Oh, I love this question! I have a lot coming up….though at a very slow pace. I have five children (with one more on the way) and my pace is worse than molasses in January! But don’t worry…I’m still cranking out books for my darling, gorgeous, witty readers.

I am working on edits for my first YA called Underwater. It is a fantasy about merpeople who live at the bottom of the Pend Oreille Lake, in northern Idaho. This lake is like 1200 feet deep, and it scares the crap out of me…so I decided to turn it into a story. I hope everyone likes it! I’m not sure of the release date, but I’m hoping for sometime this summer. I’ll keep you posted.

Next, I have my first self pub coming out! Woot, woot! It is a romantic women’s fiction called, Baby & Bump, and it is about a single woman who gets (surprisingly) pregnant….then falls in love with her obstetrician…who just so happens to be dating her bestie & business partner.

I am also working on a contemporary romance right now called The Brother-in-Law, in which a widow falls for her late husband’s brother, who also happens to be the wayward son in a farming family in eastern Washington who was recently fired for screwing his bosses daughter. Interesting, eh?

I can’t wait to share all of these stories with you, Rhianna, and all of your awesome readers. Thank you so much for having me on the blog today. It’s my favorite blog tour stop.

What an awesome interview. I have been seeing such good reviews about this book. I will definitely be checking it out.

I really loved it. It's one of those romances that has more of a love story feeling. Some readers kind of hated Gabe but it was enough for me personally since Violet was telling the story to know she had her own reasons to love him. I think anyone who has ever had a love like that where they weren't able to walk away from it even though they were the only one who could see the sense it made will relate to it. :)

This books sounds soooo good! Thanks for the interview!!