Get Blissed Out with the latest BLISS titles!

I am in major recovery mode right now. As usual I am the last one in the house to get sick and I've got it baaaad. The hubs has been pretty helpful though so I have tried to rest. Now I'm in catch-up mode. Laundry, dishes, and disinfecting everything!

Since my head's still too cloudy from the crud and the medicine I'm skipping working on reviews and putting word out on two exciting new Bliss titles you guys might want to check out. Enjoy!

About JUST FOR THE SUMMER 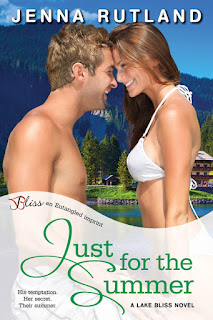 Dani Sullivan has come to Lake Bliss to write her latest cookbookÉand to see if the baby she gave up for adoption eight years ago is happy. When she’s done with her reconnaissance, she plans to return to Detroit without any doubts about past decisions. But when she sees her little boy—indeed happy despite living with his single dad—she finds she can’t keep her promise to stay awayÉfrom her son or from his flirtatious father, who has no idea of her true identity.

Recently divorced sheriff Matt Reagan is ready for a new relationship, but he doesn’t want short-term—his son needs permanence, and so does Matt’s heart. Unfortunately, it’s the smart-mouthed and sinfully sexy Ms. Sullivan who catches his eye. But when Matt learns Dani’s secrets, will he still want her to stay? Or will her chance for love last just for the summer?
Purchase or shelf JUST FOR THE SUMMER:
Amazon | B&N | iBookstore | Books on Board | Goodreads | Shelfari 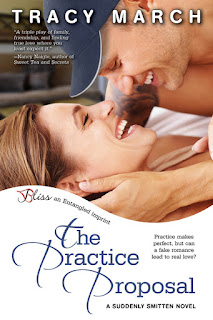 About THE PRACTICE PROPOSAL

Liza Sutherland isn’t looking for love. Not from a charity-auction date she didn’t even bid on and especially not with Nationals first baseman Cole Collins, the guy she obsessed over as an awkward teenager. She won’t get involved with a notorious player, no matter how attractive Cole is.


Cole Collins is up for contract renegotiation, but after too many late-night parties, he’ll need some positive publicity before he can make the roster. His agent, Frank, pitches Liza as the perfect prop…only Cole didn’t account for Liza no longer being just a teenager with a crush. She’s gorgeous and smart and he’s instantly hooked.
When Frank makes Liza a deal she can’t refuse—a bet she will fall in love with Cole or a cool half mil goes to charity—the game is on. But neither bet on the real feelings that surface. Could a fake fling turn into an official forever?
Purchase or shelf THE PRACTICE PROPOSAL:
Amazon | B&N | iBookstore | Books on Board | Goodreads | Shelfari
Posted by Rhianna at 3/12/2013