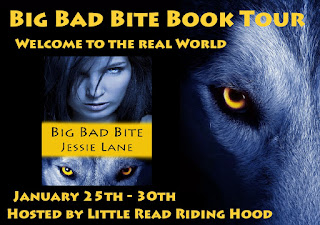 We’ve seen it many times in stories. The werewolf or shifter catches the scent, or a glimpse, of a woman, and then BAM! I must have you because you are my mate, and I can love no one but you until the end of my days. Sometimes these situations are exceptionally well written and extremely enjoyable. Kresley Cole’s Lykae’s from her Immortals After Dark Series comes to mind. Aline Hunter’s Alpha and Omega Series also comes to mind. But for the most part, who wants to read insta-love? Sure, every now and then you get an author that nails all of the emotions in the struggle in an insta-love story, but unfortunately, those gems don’t show up nearly as much as we’d like them too. Besides, if it’s insta-love, you miss the fun in the pursuit. The back and forth banter. The struggles, cajoling, and the heart break. 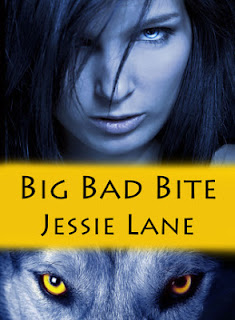 So it’s pretty safe to say that we’re not huge fans of insta-love. That’s not to say we’ll never have that brilliant idea on what we believe is the perfect couple, or what the writing formula is for an insta-love story, but we’d rather write the dilemmas of the characters being pursued. It helps us to make the characters more dimensional. We would much rather want to find out how they would handle a certain encounter with said hot person pursuing them. Now, enter the insta-lust? THAT we like to write. Who doesn’t tingle when they see the smoking hot man for the first time? (Or as Melissa would say, “Hot Damn, Good God”, or her favorite at the moment, “Sweet baby Jesus” whenever she is in the proximity of a macho man hottie. And, yes she does sometimes forget what company she is with. Bad wife!)

Think about when you’re talking to that sexy person. The way their voice sends shivers down your spine. Or when you catch a whiff of his intoxicating scent then wish you could wake up in a bed the next morning just to be covered in it? Or how when he touches you for the first time, whether it’s grabbing your hand for a hello handshake or running his callused fingers down your upper arm in a flirtatious touch? Then you’re wishing that those rough fingers were running all your body? We’ve all had that moment. Some of us have even had that moment with more than one guy. So what woman doesn’t want to read about that moment, and be able to experience it again?

There is certainly a case of insta-lust in our latest book, Big Bad Bite. The first time Adam sees Jenna, interest is not only peaked, but he’s already wondering what it would be like to get naked since she’s the first thing that’s made certain parts of him stand up and pay attention in a long time. Jenna has a very similar reaction when she sees Adam, but she subdues her attraction because of her secrets and fears. We hope readers enjoy our choice of insta-lust over insta-love when they read Big Bad Bite. Jenna and Adam certainly have their struggles, but it just makes the reward that much sweeter.

BIG BAD BITE will be available in ebook format on January 28th!

What would it be like to live in a world where you are considered abnormal to those who are above the norm?

Jenna O’ Conner has been taught her whole life to hide from everyone. Never to let anyone to close enough to know that she would prefer a shotgun for her birthday over of a bouquet of roses. She’s been smothered by her over protective family so that no one learns what she truly is. Which is not human. Nor, is she considered the norm for the supernatural Other community that is benevolent enough to share this world with the humans.

In a desperate attempt to live her own life away from the small town she was raised in, Jenna obtains her dream job as the newest member on the Wilmington Police Department’s SWAT Team. What she didn’t predict was that she would run into trouble her first day on the job, in the form of a deadly, mouthwatering man named Adam McPhee. Who is also not human, but more like a wolf walking around in human skin. He’s determined to figure out exactly what Jenna is, which unbeknownst to him, could very well put her life in danger. He’s also determined to have her all to himself.

As if that wasn’t enough for Jenna to deal with, bad news blows into town. A group of extremist Shifters who think humans are cattle and factions of Others worldwide should stay within their own species - never to intermingle. Chaos ensues. Jenna has to find a way to shut them down, but in the process of trying to do that, discovers things about herself that even she never thought was possible. 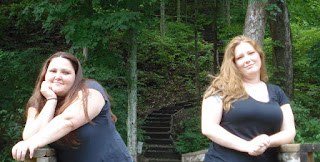 
Jessie Lane is the writing team of Melissa Pahl and Crystal Leo. The two sister-in-laws share a passionate love of naughty romance, cliff hanging suspense, and out-of-this-world characters that demand your attention, or threaten to slap you around until you do pay attention to them. Because really, it is ALL about the characters. (They're kind of megalomaniacs - but don't tell them that we said that.)

Crystal and Melissa often live half their lives with their heads in the clouds dreaming of alpha military hunks, werewolves and kick ass heroines crazy enough to chase after creatures that they unquestionably should know better than to chase.

Their first YA novel, The Burning Star, was released in May 2012. Big Bad Bite is their second novel, but their first adult paranormal romance. They are now working on their next two novels, Walk On The Striped Side and Secret Maneuvers. With these projects underway, they are looking forward to showing the rest of the world their crazy stories, heroes and heroines that often plague their minds until written, and hope you will join them on their journey!
Website | Facebook | Twitter | Goodreads
Enter the giveaway at any stop on the tour for a chance at some cool BIG BAD BITE loot! 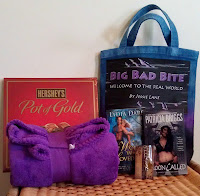 a Rafflecopter giveaway
Posted by Rhianna at 1/26/2013

I am all about some insta-lust! That can be pretty fantastic. :-)

Yup insta lust but insta love is a big NO! First because it never happened to me so I find that hard to believe. Insta lust is something I'm all too familiar with hahaha!

I don't really have a "favorite" shifter but there are many that I do love reading about. Kerrelyn Sparks has many great shifters in her Love at Stakes series, and I love Katie Reus's Moon Shifters series.

Really love all shifters but specially the wolf kind :)

One of my favorite shifters is Jake Bannaconni from Christine Feehan's Leopard series!